It was a good day but with limited access (the last 15 minutes) there isn't a huge amount to report.  I thought RSL handled themselves well.  It was the most media coverage that many of the guys have ever seen but to a man they all did their best to stay focused on the task at hand.  I thought Kyle looked as sharp in practice as I have ever seen and for me that is a great sign. 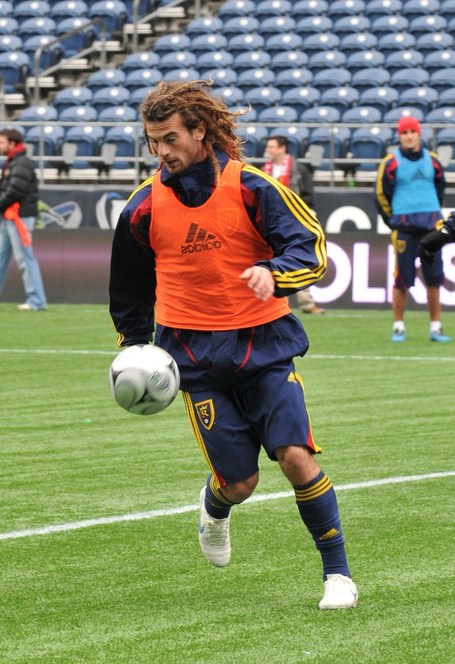 Here is a shot of Javi at practice: 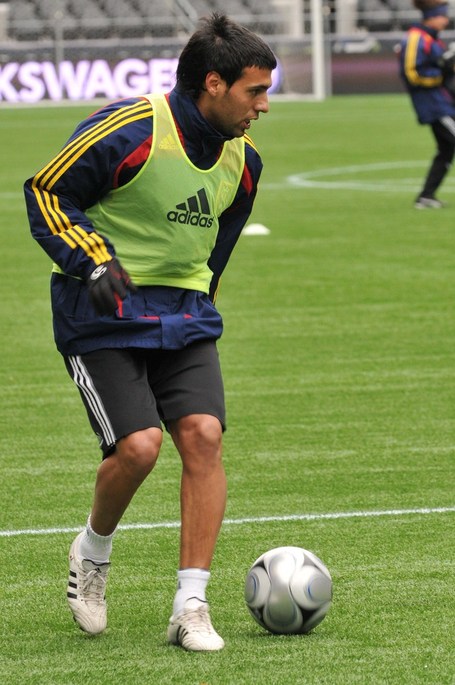 While the practice was limited on the amount of access for the media, it was great to see the guys working out.  I thought Nick looked incredible and I laugh at the thought that MLSnet.com would pick LA to have an advantage at goalkeeper but I can tell you that I would rather have Nick Rimando over anyone in the league.  He has been great all year and when faced with the ultimate test of a keeper (a playoff PK shootout), he didn't have to benefit from players missing to give his team a huge advantage.  No, instead he took control and shut out 3 straight Fire shots to first keep his team in the contest, and then to help them win it.

It was nice to see both Fabi and Tony back at full speed and I have to believe if Tony is healthy enough to play a full 90 that you have start his based on his matches against LA this year.  Tony is one of the few defenders in the league who has gone one on one with Landon and come out the winner, his speed and agressive nature has been impressive all year long.

I think for me one of the greatest things about the MLS Cup and RSL being here is the story of Yura Movsisyan.  A guy that was fighting for a chance in Kansas City, but has gone from a second thought to being a real star of Real Salt Lake and now has a chance to showcase his emerging skills on the grand MLS stage.  For Yura who signed to go play at Randers FC this summer, you have to think that nothing world be better than to leave at the top of MLS as a MLS Cup champions.  There is more to this story than fans know and I am hoping if the parties agree to tell it to you this off season.

Well the battery is dying so I gotta run, but more pictures are at MLS Cup Practice

OFF MY SOAPBOX
Earn The Cup