You all know I am not one who often will just cut and paste press releases from RSL, but with today's celebrations being scheduled around the valley I thought I would post the details so you have them if you have been missed somehow on the official chain. 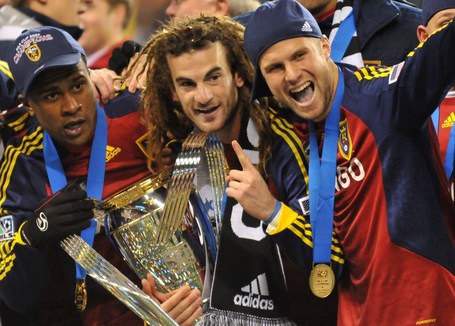 3:30 p.m. Motorcade from Capitol down State Street to Rio Tinto Stadium in Sandy

OFF MY SOAPBOX
We Are The Champions