Share All sharing options for: A look back at the 21st of November 2009, a busy day in Seattle

So just over a month ago I moved my blog over to rslsoapbox, it was a great event marked by the driving through Portland on my way up to Seattle for the MLS Cup.  It was a fairly uneventful change, but the weekend would be anything but uneventful.

The 21st of November, was a busy fun filled day in Seattle for this RSL fan.  It started with hanging out a bit at the Supporter Summit, then I moved out to the pitch of Qwest field to take a few pictures and talk with some of the RSL players.  A quick lunch across the street from the stadium at FX McRory's, if you are in Seattle stop by this place and try their Prime Rib & Cheddar dip, then back across the parking lot to catch the Galaxy practice.  Oh wait that is right all the media was held in the tunnel until the Galaxy practice was over, despite the MLS rule that at least the last 15 minutes of practice be open to members of the media.  Wanna bet that Bruce didn't get fined for that one?

Well by the time that debacle wasted an hour of my day it was beat feet back to the hotel to do a quick download and then off to the invite only MLS Blogger Roundtable.  Now let me say that I was honored to be able to attend this event (thanks Steve), but I left more frustrated about MLS in general than I have been in a long time.  If you want to read my rant about the blogger round table it is after the jump.

So to be fair I have to make sure people understand that I am first and foremost a fan of Real Salt Lake, MLS, and soccer in general.  I believe strongly that the future of the league is in the hands of the fans as much as it is in the hands of Don Garber and MLS, I believe that growth in attendance, merchandise sales, and TV viewership is driven by fans and that much of the MLS advertising and marketing is mediocre at best.  So when I am in a room with the MLS heads that run their media relations, the media guys from US Soccer and a room full of people who either get paid to blog, or run blogs trying to make money, I knew that it wasn't going to be my crowd.

Nothing against any of them, in fact I love that people are doing that end of it, but for the most part they are reporters on the sport, on in the case of Dunny and the TOW crowd, the culture of the sport.  Each of them are hugely important to the future of the sport as they fill a void left in the conventional medias coverage of soccer in the US.  But for the 20 people gathered in that room, there are hundreds if not thousands out there who are doing what I do.  That is pouring out their heart and soul in support of the sport and of their team, and doing it for free (at this point I have to mention that I now get $25 per month from the SB nation guys for hosting my blog there).

So in about 6 years I will have paid off my camera, then another 5 years to pay off one of the lens, another couple years to pay off my laptop, and I think you get the point.  I have never looked at what I do and thought "how can I get paid", not that there is anything wrong with that, but it isn't why I do what I do.  I also understand that fan blogs come and go, according to the Technorati 2009 state of the blogosphere, 72% of all blogs are run by "hobbyists", while just 4% blog full time for an organization or company.  So there are a lot more of "us" than "them", but to organizations like MLS and US soccer the "them" are much more important because often they reach a much larger audience, but I wonder if they reach the target audience?

Now I have to be honest that RSL had been incredible in granting access to bloggers, and in fact their own blog and their efforts on facebook, and twitter have been great for a group coming to the social media game rather late.  It is the access I have been given by RSL that has kept this blog alive over the last couple years, it was their intervention that got me access to the MLS All Star Match and events.  But when you move up a level there seems to be some disconnect, I understand that the organization is trying to make money and that MLS is a business but when I have to hear "the Don" talk about how he thinks facebook is going to fail because they haven't monetized it, or how he likes twitter if he can figure out how to make a profit from it.  Well then sites like, withleather.com and thebiglead.com are being embraced by the league despite very little coverage of MLS and fan sites aren't embraced by the league it says a lot.

I think there is a lot of room on the internet, between blogs, facebook, twitter, and whatever comes next there will always be people out there who are fans and have opinions.  If the league thinks they can control access and deny those who are passionate, well it will be one huge mistake.  I love it when I asked several MLS officials why I couldn't wear a RSL sweatshirt on the sidelines when taking pictures, and the only response they could come up with is that it wouldn't look appropriate.  Funny how there were two LA Galaxy employees running around the sidelines wearing the LA Galaxy gear taking pictures and shooting video, but that looks OK.

I am confused by what MLS wants or expects from people, on one hand they introduce the guy who is taking over the MLS websites and he talks about making content available to bloggers, but before that the MLS officials were talking about who should get access.  I loved when they wanted to judge a site by traffic, when I bet that a good number of fan sites get more traffic than the official team sites do.

I get what the real issue is, they want to control the message.  They have no problem with basic reporting as done by guys who do it well, Ives, Goff, Jose Romero all do a great job of reporting.  The culture sites do a great job of exposing one of the most important aspects of soccer, in that it is more than a sport to fans, it is a part of their lives. On the other hand they have no idea what to do with, or how to deal with sites like mine when I admit to being a fan, and I am opinionated about RSL.  I am not afraid to call out the league on their obvious favoritism of the LA Galaxy, the love affair of the broadcasters with Seattle, or the fact that MLS has some of the worst officials in all of professional sports.

If having an opinion is a bad thing, well then I am bad, but my goal with my blog is to preach the gospel of Real Salt Lake, to do my best to help convince people to come out to matches, to convert the casual fan into a raving lunatic, and to give the fanatic a place to have their voice heard.  My goal isn't to hurt the league, but rather to allow the very core of the league, the blood of the body soccer, the fan to have a voice.

So if talking about the CBA, and why both sides need to grow up, making fun of Kevin Stott and his comb over, if laughing at Blanco for having no neck or Beckham for the most incredible bad haircut I have ever seen on a multimillionaire is going to make you in MLS HQ mad, I am sorry but I have no intention on stopping.

So one month ago what started as a very good day, got crappy in a hurry, but all was not lost.  I was able to join up with a bunch of friends and fellow RSL fans and enjoy a great night out and about in Seattle. Little did I know how much fun the next 24 hours would be, but more on that tomorrow.

Oh and just for Dunny, 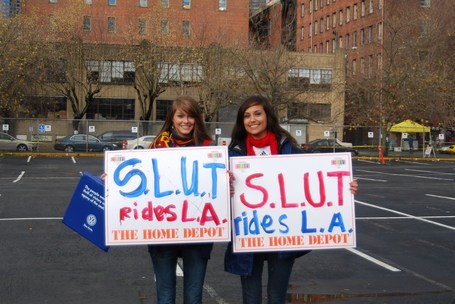