Great News for the Wizards, and Will Johnson gets callup

Share All sharing options for: Great News for the Wizards, and Will Johnson gets callup

Well it is about time that a real plan for a real stadium in Kansas City is approved, which should stop people from thinking that this franchise is going to be moving anytime soon.  The stadium will be part of larger project to include retail and office buildings and has a total price tag of $414 million dollars with about $230 million tax credits and state bonds.

I wonder what "the Don" thinks about the location?  Having just stated during MLS Cup weekend that he believes downtown stadiums are the preferred location for stadiums, and he would be encouraging teams to pay the extra costs to locate in downtown areas.  Well here is the map of where the new stadium will be (the Blue arrow is the project locations): 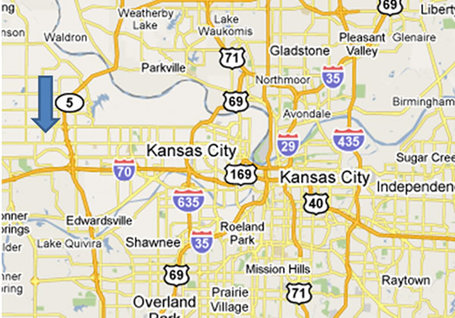 While it isn't a FIFA weekend at the end of the month many teams are running January camps and Canada is no exception training in Florida before heading to Jamaica for a January 31st friendly.  Will Johnson is one of the players called up for duty and like the USMNT Camp in California the roster is made up of mostly players who are MLS or based in leagues taking a winter break.  Click here to see the whole roster.  It is good to see Will getting some love from north of the border after a good MLS season that saw him play in both the MLS All Star Match and the MLS Cup.

A couple updates on the CBA after the jump:

So today will be another day of talks on the CBA between the MLSPU and MLS, but so far it is looking more and more like progress is being made and that a strike or lockout is less and less likely.

Of course you still have people talking trash and it should be no surprise that it is coming from agents who of course would love to renegotiate all the MLS contracts for their players, since they can charge for that service and if they get paid more, well they get a higher payout as well.  You can read the comments of  Lyle Yorks at soccer365.com where he talks about "plan b's"" for players.

While MLS officials are saying they are confident of avoiding a lockout as reported by lfpress.com and even Steve Goff posted that he has been hearing good things lately.