Well yesterday I announced my #1 item on my Christmas list for Real Salt Lake, the CONCACAF Champions League trophy.  So today it is time for #2, and while there is no way I can keep the number game going for 12 days but today I will stick with it.

The number two items on my list is Nick Rimando and Will Johnson, I know that RSL has been working with both of them to extend their contracts past the end of 2011. 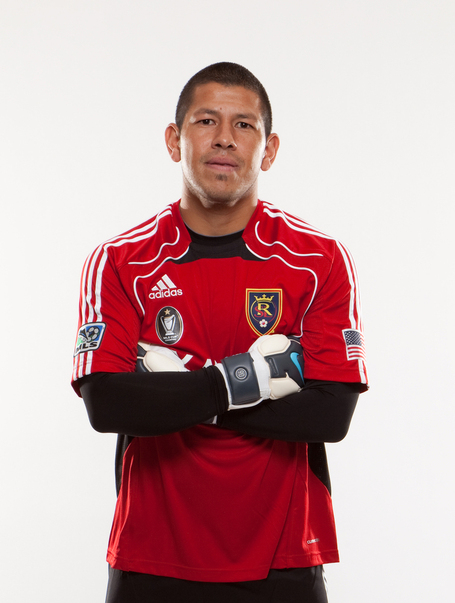 There is no doubt in my mind that over the last 36 months that Nick Rimando is the best keeper in MLS.  35 wins, 31 regular season clean sheets, and a MLS Cup MVP.  Nick is just 31 years old and with his relationship with the RSL defenders, I expect that he will continue to be one of the very best keepers in MLS for the next 4-5 years.  I hope that those years will be in a RSL kit.

after the jump Will Johnson:

So not many players come to a new team with a new coach and step in to play over 5,000 minutes in his first 2 1/2 years, but Will has and he has been a spark plug for RSL in any and every position that 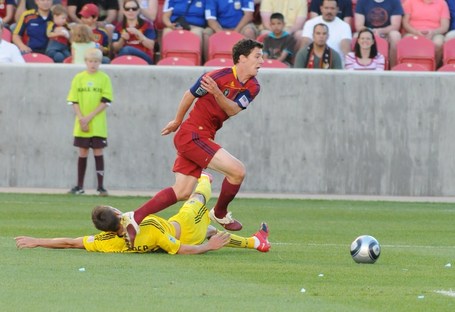 he has been asked to.  Will has become a regular on the Canadian National team and at just 23 years old, he has a number of quality years in front of him and with his "never say die" attitude he is a player that I want to see in a RSL kit for a long time to go.

There are other players with contracts expiring at the end of 2011 and I would love to see RSL keep all of them, including Nat Borchers but it is unlikely we can sign everyone and so I just picked the two that I believe are most critical to the long term success of RSL.  Are we a better team if we can keep everyone as long as possible, dang right we are and that would be the best case, but not even Santa is likely to be able to deliver that.