So while the rookies were required to show up last week, but the real action started on Wednesday, today was the first day of practice I was able to attend and it was really nice to take some time to catch up and dust off the camera and see if I still remember what I am doing.

Practice was up at the field house on the University of Utah campus a building with some of the worst lighting I have ever tried to take pictures in, so ti was a real test finding shots that turned out good enough to share.

I was impressed with the pace and intensity shown by both the veterans as well as the new comers, the size of  Chris Schuler is simply impressive.  It is easy to read that a guy is 6' 4" but when you see him moving around and with the other players it is easy to see why many experts think RSL may have gotten a real steal in the 3rd round of the draft: 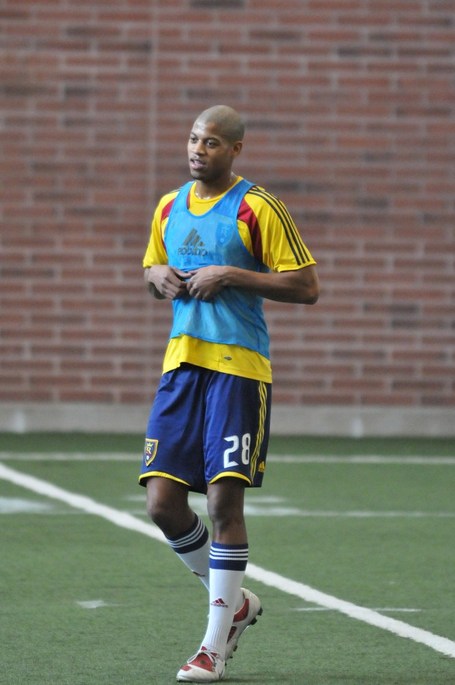 I was impressed by how smooth second year players Jean Alexandre and Raphael Cox looked on the ball, as if they haven't missed a step since last fall.  I thought Collen Warner had a nice touch on the ball and looked really quick on his feet and making decisions on what to do with the ball.

I had a chance to talk with a couple guys before they head out to Arizona for some warmer weather and intense practices, I will post those interviews tomorrow when I have a chance to review my recordings.  My interviews were sponsored by the letter N, so with Nick Rimando being gone I was able to catch up with Nat Borchers, Ned Grabavoy and Tino Nunez.

Real Salt Lake will now head down to Casa Grande, AZ for a couple weeks of warm weather and I am sure some very intense practices.  To see more about the facilities at Casa Grande,check out this post from theoriginalwinger.com

There are some more pictures from practice after the jump:

Dealing with a bit of controversy:
I was able to clear up the Jason Kreis facebook controversy first hand, and whoever is posing as RSL's head coach on facebook needs to come clean because you have made yourself an enemy in the real Jason Kreis.  It is one thing to start a fan page about someone, but to pretend to be someone is simply wrong and in this case may be illegal.  I am not sure what the persons motives are, but it is clear that they are acting without permission.

So here are the promised pictures from today's practice: 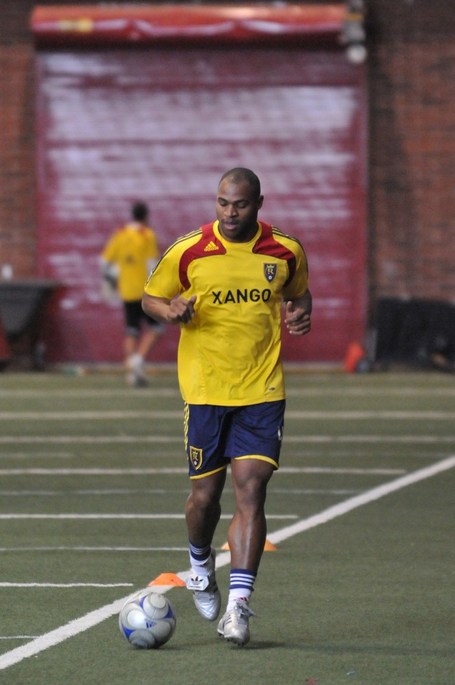 While Olave didn't practice with the rest of the team, it looks like his rehab is moving forward nicely and I expect him to be back in action soon. 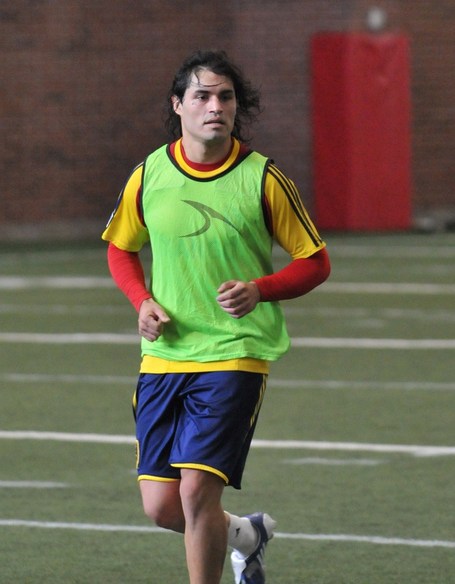 Fabi looked sharp and appears to be fully recovered from his off season surgery, with the departure of Yura Movsisyan, many eyes will be on Fabian to pick up the slack and return to his 2008 for that saw him score a goal for every 128 minutes of playing time. 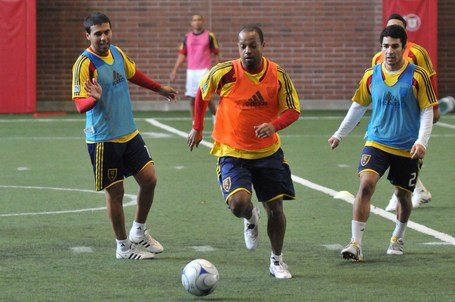 It was great to see Andy back in action and how many time in 2009 did we see Andy, Javi, and Tony working together?  Well it doesn't look like any of them are missing a beat in 2010.