Share All sharing options for: Things got cold today for Real Salt Lake

So it has become a bit of a tradition since Jason took over as coach to have the team do some group outing before the season starts, and with the team getting ready to head to Charleston in a couple days today was the day. 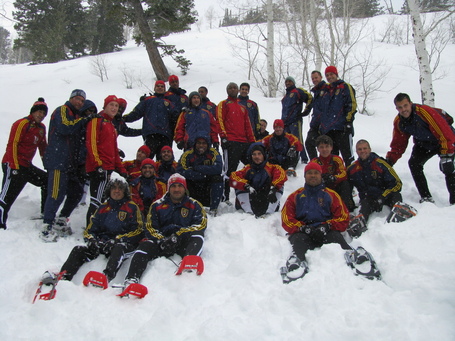 After the time in the cold the players headed back down to Rio Tinto Stadium to meet with the press, get sized for their Championship rings, and record some promo spots for the big screen.  I noticed that the pitch was still covered and there was some snow around the edges left over from the sno-cross event in January, maybe it was the snow that was responsible for the chilly reception.