Share All sharing options for: Some Championship stories from Real Salt Lake

So for the last few months there are a couple stories I have wanted to share with people, but I have held off for various reasons but with just 11 days until RSL will raise their MLS Cup Championship banner I thought it might just be time to share these stories with all of you.

The Coach and the Striker

So last summer a lot of you knew about the issues between Real Salt Lake and Yura Movsisyan, he had signed a deal with Randers FC in Denmark during the summer break but still had half a season remaining on his contract with RSL. The rumors abound in this story, and I am going to leave them all alone, the end result was that Yura missed several weeks of practice and many thought RSL should simply let him go.  I for one thought RSL would need Yura to make a playoff run and over the last few months of the season we did.  None of this is news, and none of it is very interesting, so let me get to that part.

I had the opportunity to make it out to several RSL practices last summer after the drama had ended and Yura was back at practice.  He like all the players practiced hard, but often I would find myself wandering around the stadium 20-30 minutes after the team had left the pitch, most often heading to the team store.  It was on one of these trips that I looked down at the pitch expect to see the grounds crew working, but I would see Yura either working on skills or running laps for fitness and with him was RSL head coach Jason Kreis.

Yes the head coach that for many fans is a polarizing figure (which confuses me to this day), was there with a play he knew was leaving at the end of the season taking extra time to work with him in order to make him a better players. I asked Jason about this "extra" training and he said Yura asked him for some help and he agreed, in fact Jason made it clear he was willing to do this with any player who asked.  It was some weeks later when I talked to Yura and I asked him about it, and how it had impacted him as a player, he told me that he wouldn't be the player he is today without the help and training of Jason.

It is interesting that Jason has gone from being the first MLS player to reach 100 goals, to be the youngest coach ever to win the MLS Cup.  I remembered this story when I was watching my season ticket holder DVD and Jason was addressing the crowd during the MLS Cup celebration at Rio Tinto Stadium, and he said "to all those people who say I never smile, well I am smiling now".  I do think I caught a little bit of a smile from Jason after the San Jose match on Saturday.

Well it is time for another story:

So in a day and age where so many stories about owners of companies are negative, where there are stories about corporate greed fill the headlines on a regular basis.  It is refreshing to hear about a company head who seems to get it.  Dave Checketts has a long and storied history in Salt Lake and other places but when Real Salt Lake made the MLS Cup, Dave did something surprising.  He paid for the family members of his team to travel to Seattle so they could be there to enjoy the moment, it was refreshing to see families celebrating on the pitch moments after the Cup had been won.

One has to imagine that the agony of defeat would have been less for LA, had their huge corporation owner AEG had brought family members to Seattle for their team, but no it wasn't the mega entrainment giant that did it, it was in fact on of the least wealthy owners in MLS, but one who understands the value of family and the importance of an event like playing for a championship.  I know I hear some of you moaning in the background, going come on Denzel get over it.

Well today I had a chance to welcome RSL President Bill Manning to my place of work, he was here to shoot some video and do some PR work for the team, see I work where RSL is having their Championship Rings made.  But in what has become typical Dave Checketts fashion, it isn't just the owners and the players who are getting rings, it isn't just those with "vice" or "president" in front of their job title.  It is the entire of the RSL staff getting rings, and they are very cool rings.

Just as a side note, you the fans will be able to purchase a "fan" ring or pendant celebrating the RSL Championship as well, soon at the Team Store at Rio Tinto.

The rings will be presented to the players before the home opener next weekend, and I made a promise not to reveal the final design of the ring until then, but I can give you a look at the molds being used to create the rings:

So in making a custom ring, the first step is design work where the look of a ring and the details of gold, silver, diamonds and such are worked out.  Then comes the craft of making a mold, the rings need a 3 piece mold in order to be cast, but to make a mold they need to create a mock of the ring.  They do this first out of wax: 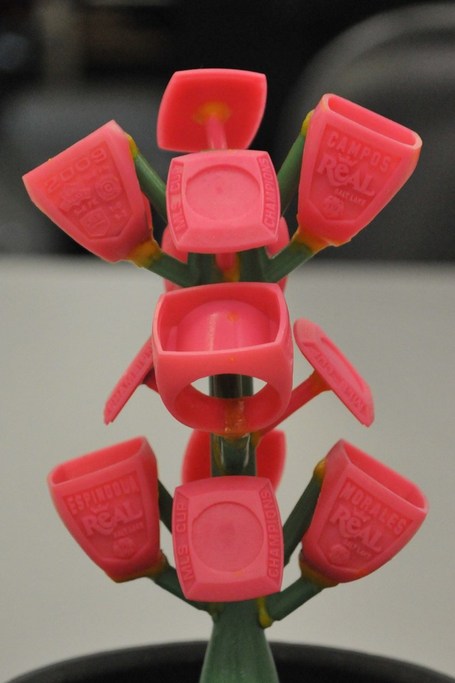 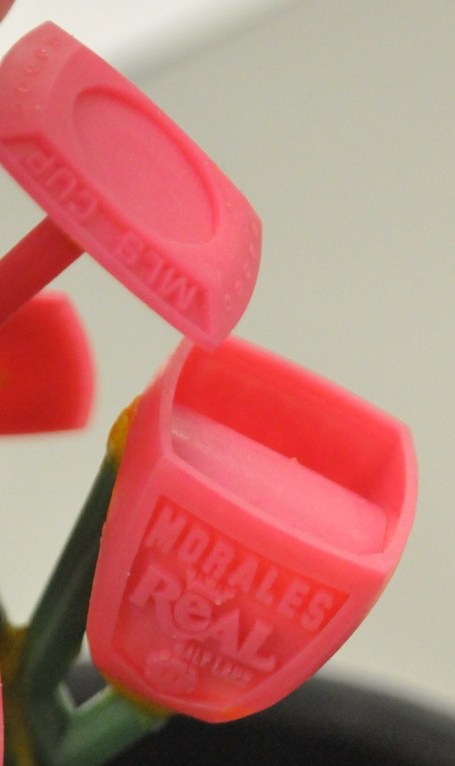 But you can create a mold from a wax copy so they have to then create a copy used to make the actual molds for each ring: 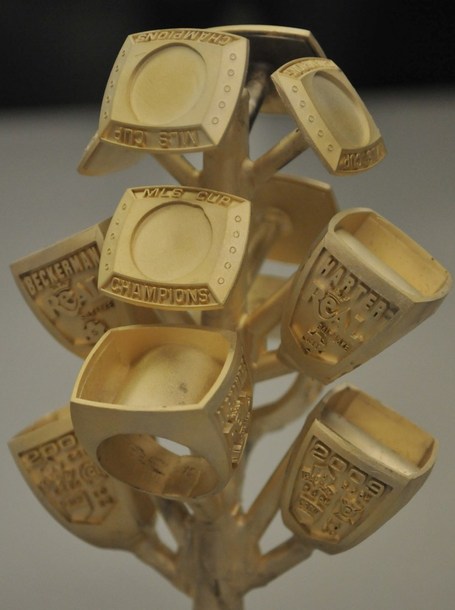 From these, actual molds can be made of the rings and then the final details can be done as each ring is made, the player rings will feature gold, enamel and diamonds.  While the staff rings will be sterling silver with white sapphires.  A segment about the rings will be featured during the match on Thursday with Houston, so make sure to watch.

Anyhow I think the actions of Dave Checketts means a lot to the players and their families, recently after the completion of the CBA negotiations RSL's Nick Rimando made this statement:

" we'd like to thank all owners, past and present, for their commitment to the sport, MLS and the players. It's their willingness to change that makes MLS a better league. As players, we're excited to continue the growth of soccer in the states and looking forward to the 2010 season.
If we continue to add owners like Dave Checketts, this league will surely be one of the best."

As a fan I have often stated that we must remember it was Dave Checketts who stepped up to become one of the first people to invest in MLS since the Chicago fire in 1998, and I believe it was the addition of Real Salt Lake and Chivas USA that has lead directly to teams like Toronto, Seattle, and Philly coming into the league.  You also have to remember that Dave took a large financial risk when building Rio Tinto Stadium and now we get to watch soccer in one of the best stadiums in the US.

Anyhow I have wanted to pass along those stories, sometimes we forget that there are real people behind the logo and name of Real Salt Lake,  I for one am thankful that we are lucky enough to have our team owned by Dave and coached by Jason.