A snowy day for the US vs. Mexico match

Share All sharing options for: A snowy day for the US vs. Mexico match

Well if you live in Salt Lake city, then you know it is snowing, 65 yesterday and snowing today.  For the US Women who will face off against the Mexican Women tonight at Rio Tinto Stadium, it will be an interesting night.

Here is a picture from US Soccer showing the conditions at Rio Tinto: 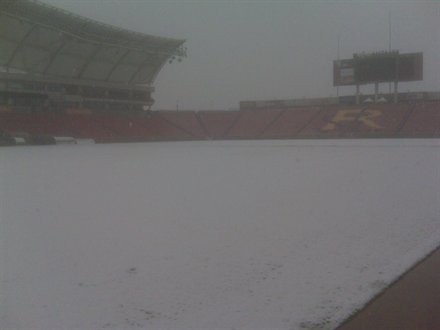 Here is the 18 Woman Roster for the US: 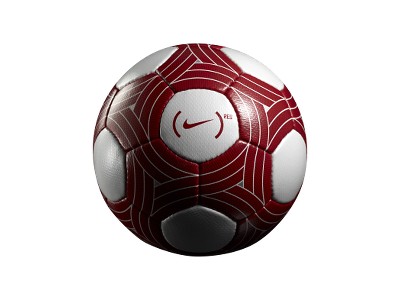 DESIGNED TO FIGHT AIDS IN AFRICA. Nike and (RED)TM are working together to leverage the power of sport to fight HIV/AIDS through a focus on two initiatives: education and medication. As a proud partner of (PRODUCT)REDTM, Nike will contribute 100% of its profits from the sales of (Nike) RED Limited Edition Soccer Balls to the Global Fund (www.theglobalfund.org) and to support soccer-based programs to help fight AIDS in Africa. Visit NIKESOCCER.COM/RED for more information.

I might just have to put my red laces into my shoes tonight to show my support for the cause.  I know that many will be scared away by the cold and snow but for those willing to brave the conditions, it should be an entertaining matchup.

It has been 7 years since the US Women's National Team came to Salt Lake City, and while I wasn't there I have heard stories for years about how it has impacted a generation of girls to play and watch soccer, it would be a shame if such an opportunity was missed because of a little snow.

If you want to read more about the match, check out US Soccer's WNT Blog post on the match, who knew this was the first time in 26 years that it has snowed on a USWNT match day?