It wasn't soon after I got back into town after the RSL victory in Seattle that I knew that my passion and my job were likely going to come together in a very cool way.  I had gotten Real Salt Lake out to sell tickets before at my work, then two years ago our CEO came out to Rio Tinto to present Chris Seitz with his Olympic ring.  Since then a great relationship between several people in both organizations has flourished, and there are as many RSL fans at work as their are Carrots fans at RSL(if you don't get it go to www.carrots.com).

So when I got a call from our local sales office asking me who they should contact at Real about maybe making their MLS Cup Championship rings, it was a no brainer to connect them with RSL President Bill Manning.  After several meetings on both sides, a little over a month ago the players, coaches, staff, and VIP's had their ring sizes taken.  Now I have to stop here and again mention how unique RSL is, most teams may give their senior staff rings but RSL's owner Dave Checketts is far from most owners.  Instead over 120 rings will be made and presented to the people who have made RSL the Champions they are.

So I am fortunate to be able to take some non-stock pictures of the rings(this was my first attempt at taking pictures of non moving item-wow is it different): 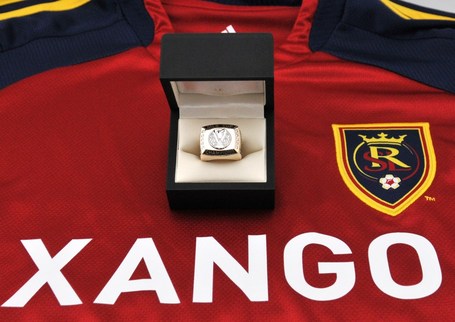 More pictures of the rings after the jump: 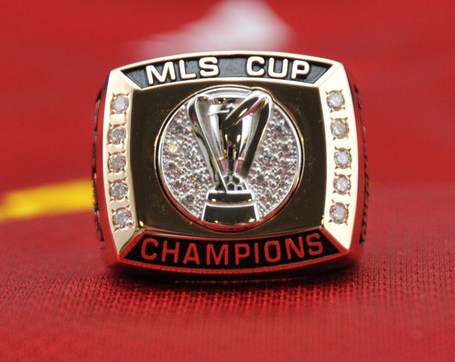 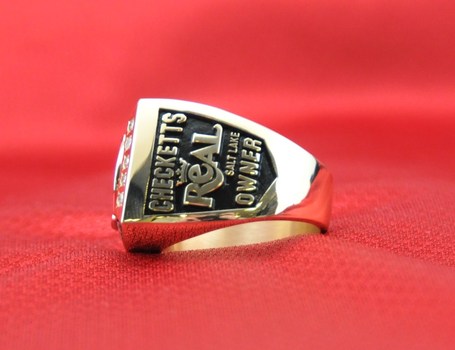 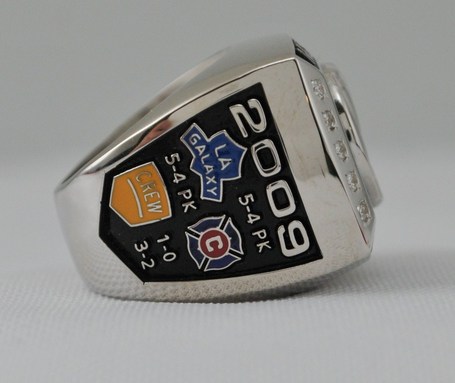 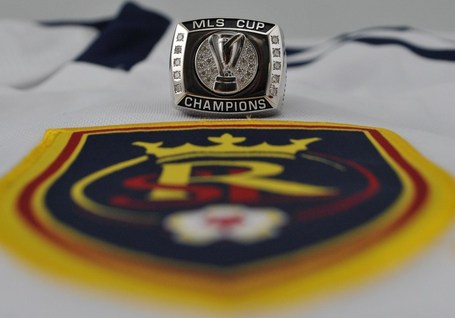 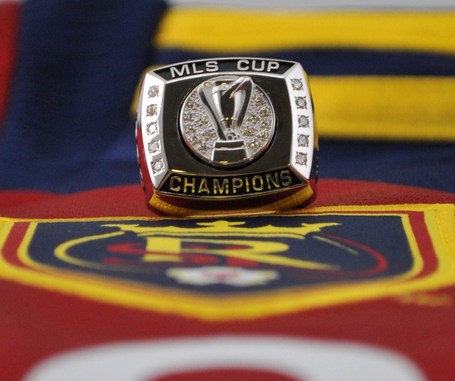 If you want to claim you piece of MLS Cup Championship gold or silver made by O.C. Tanner, check with the folks at the team store, they have a couple different options for you.

I may put up some more images of the rings later, but right now they are about to kick off the match and I really need to go.