So last night was as a good night at Rio Tinto from the perspective of attendance, the RSL staff predicted 17,000 but well over 19,000 showed up as the ticket lines were backed up with walk up traffic, but the regular fans showed up in great numbers all around the stadium.  I don't know if it was just the energy of the night or the influence of Sounders and their fans (who also showed up in numbers) but I saw more RSL fans standing all around the stadium than in the past, a trend I hope continues.

Anyhow I thought I would share some of my favorite fan pictures of the night: 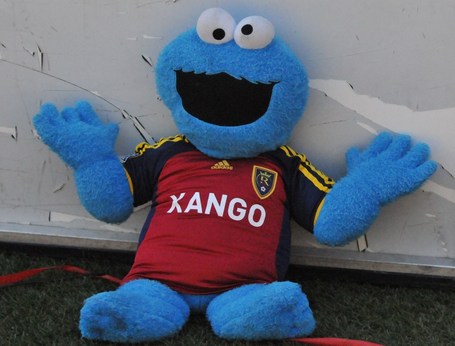 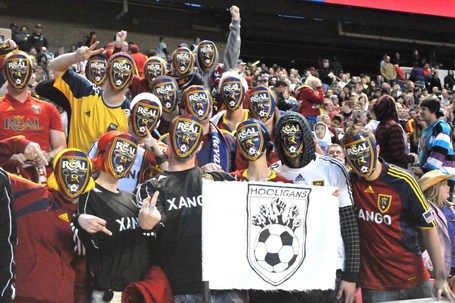 Well if Brett and the store staff wondered if the hockey mask would be popular, that question is answered 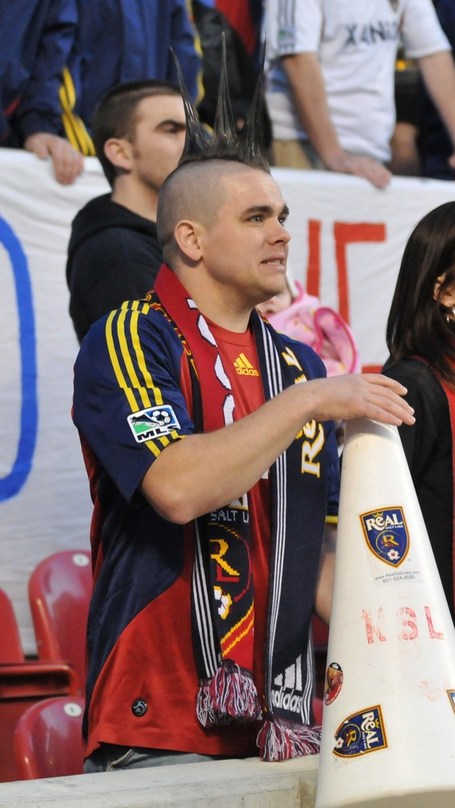 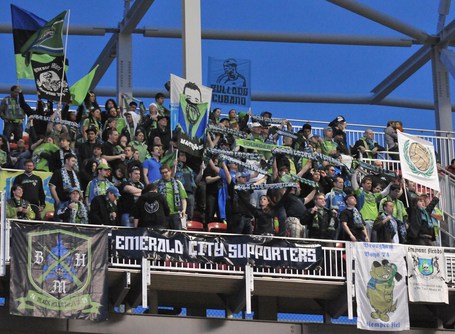 It was really a great showing by the Sounders fans, you have to respect fans who travel to watch their team play. 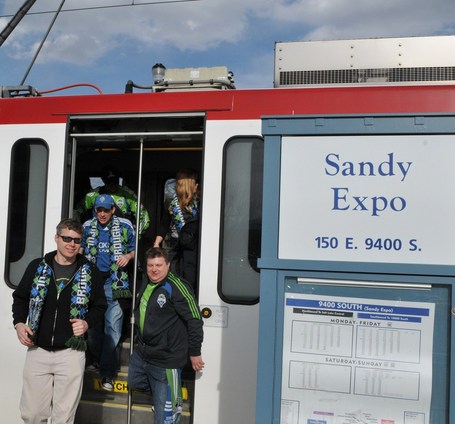 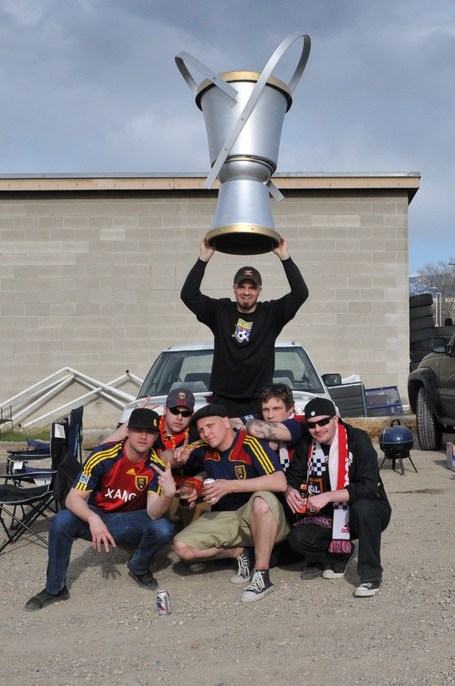 Now that is one big cup 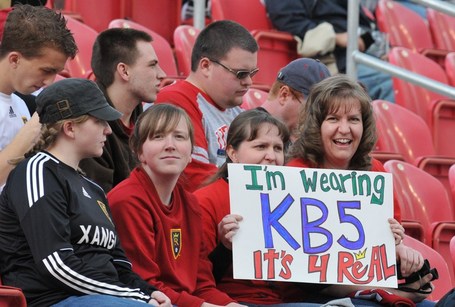 Nothing better than an unpaid fan endorsement of your product 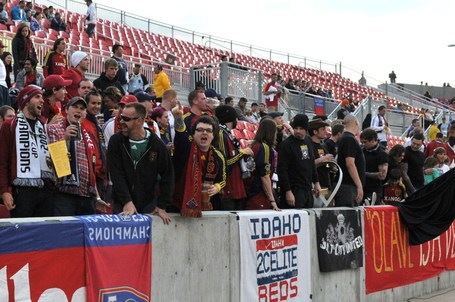 The RCB and others in their places and ready to go 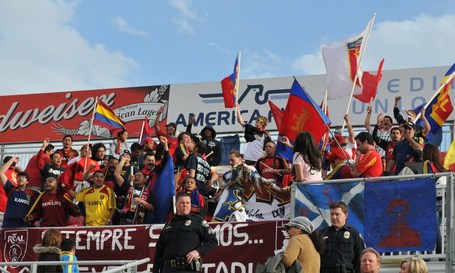 La Barra Real in their places and ready to go 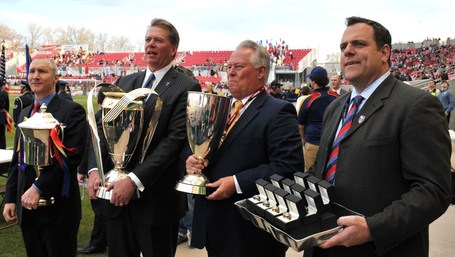 You have to count these guys as fans too, even if they are wearing suits 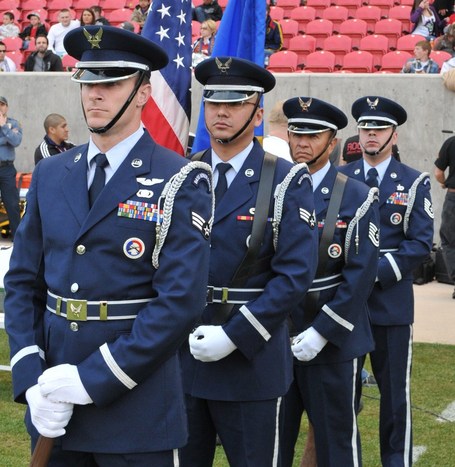 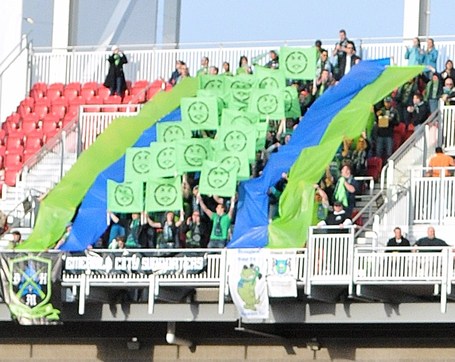 Even in sowing their sour grapes at RSL's MLS Cup Celebration, the Sounders fans were inventive. 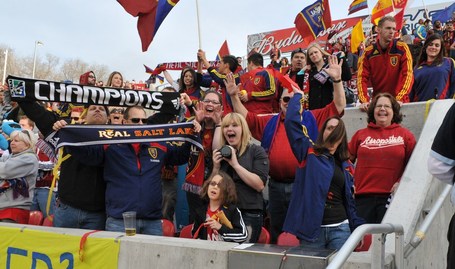 The Royal Pride bunker was full of action 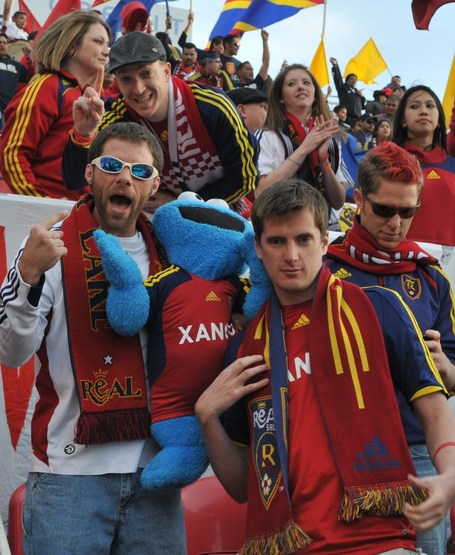 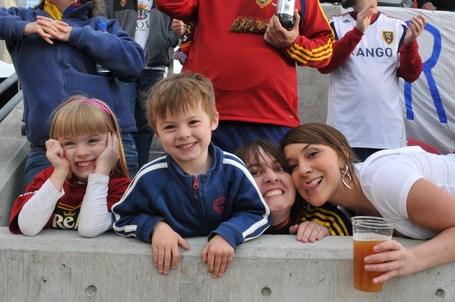 The kids didn't seem to mind the adults too much 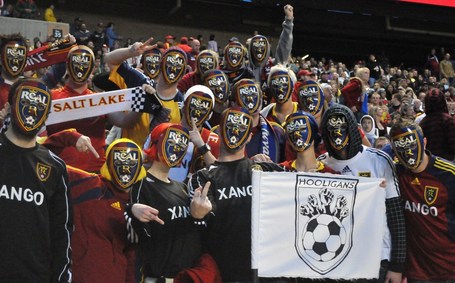 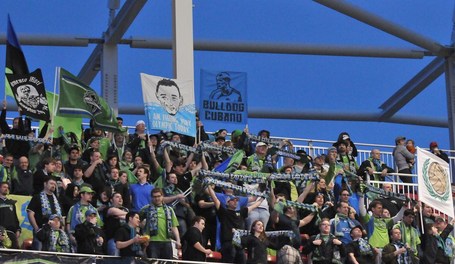 same deal for a huge group of travelling fans 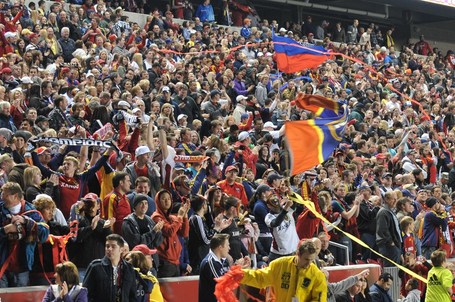 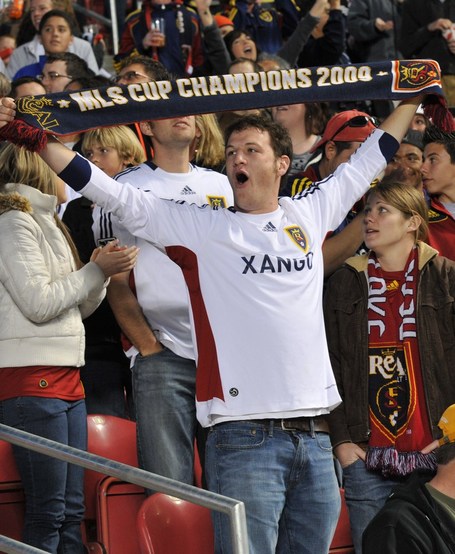 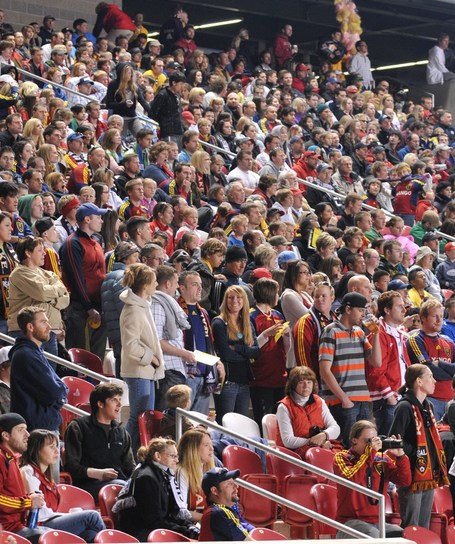 All around the stadium pockets of standing fans, I hope this trend continues 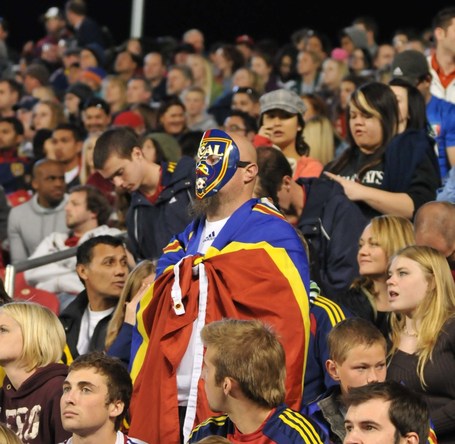 So if wearing a mask gets your picture taken, you know this guy with mask and flag has to be my fan of the match.

For those of you who didn't make it out for whatever reason, I hope this convinces you to get your tickets for the May 1st match against Toronto FC.  If you made it to the match, I hope this helps you relive a fun evening at Rio Tinto Stadium.