A chilly and windy practice for Real Salt Lake - pictures

Share All sharing options for: A chilly and windy practice for Real Salt Lake - pictures

Coming back from road matches in San Jose (70's and sunny) and Houston (80 and cloudy) to practice at Xango field today where it was in the 40's but the chilly wind made it feel like the 30's had to be a shock for many players and despite wearing a parka while practicing Andy Williams still looked like he was freezing.

Like most practices the team broke into smaller groups to go through drills, the energy level looked high and everyone looked very determined after the weekends loss at Houston.  You can see the quality level improving each practice, as new players continue to push veterans hard and everyone is working hard to get a spot not only on the starting 11 but in the 18.

You can tell they all take the responsibility of defending their Championship seriously and they know that when playing at Rio Tinto Stadium that the expectation is a win, no matter who they are facing.  in 2009 RSL was the best home team in MLS with a 9-1-5 record and a league record tying +23 goal differential, scoring 34 goals and allowing only 11. 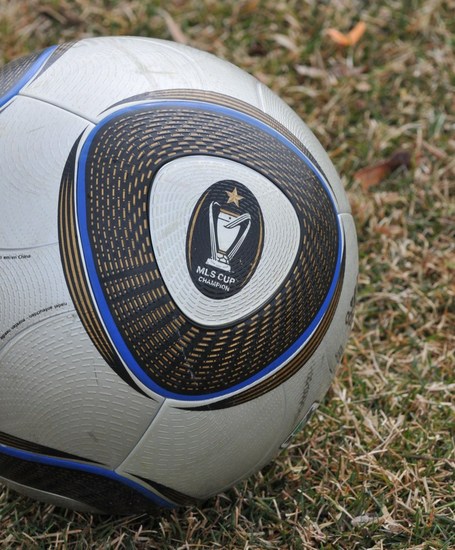 A few more pictures after the Jump: 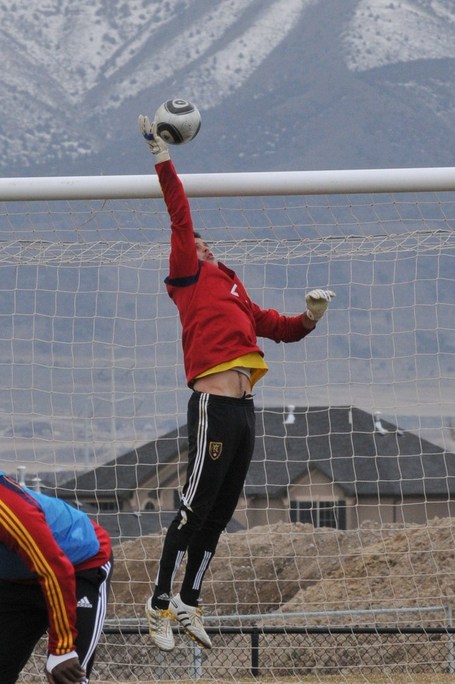 Kyle goes high to push the ball over 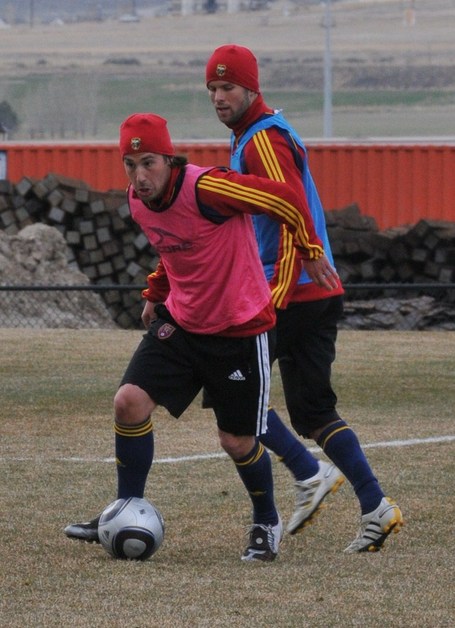 Ned and Chris battle for possession 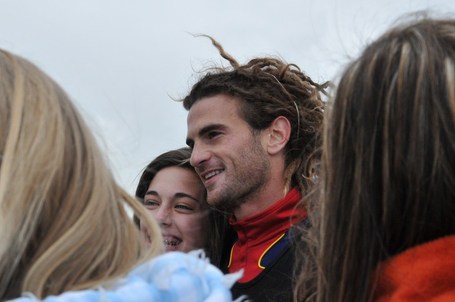 Despite the chilly conditions, Kyle was able to make the day of a number of fans who showed up to watch practice, something RSL players excel at.

There are more pictures on my photo site myrslsoapboxphotos.ning.com

Horst to the Islanders:
I was informed this morning that RSL defender David Horst has been loaned to the Puerto Rico Islanders of the USL for the season.  This move should allow him to get some quality playing time, a critical factor in the development of young players, he joins Alex Nimo who is on a season long loan to the Portland Timbers.