Some pictures and a story from Real Salt Lake Practice today

Share All sharing options for: Some pictures and a story from Real Salt Lake Practice today

It was a little blustery out at Rio Tinto Stadium this morning and while the players stayed warm by practicing, towards the end of practice things got warm for everyone in attendance, but I will get to that story in a minute.  First up some pictures: 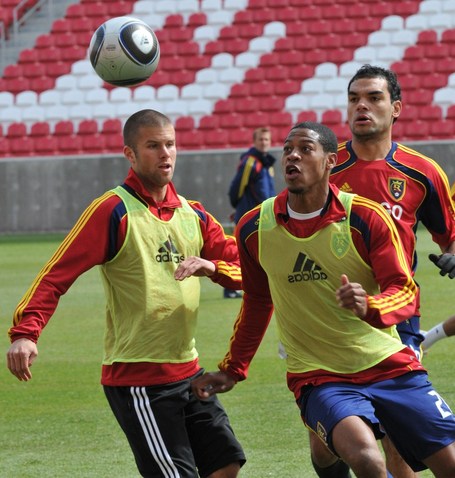 You can tell the guys are focused, just look at Chris Schuler keeping his eyes on the ball.  It was also nice to see Pablo not running laps and back in the mix. 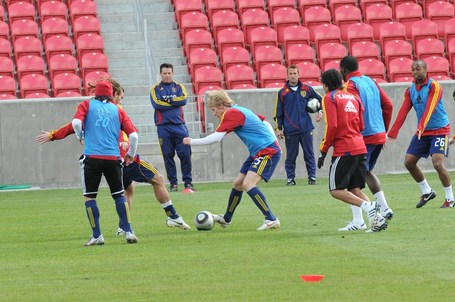 RSL was joined in practice, as they were for the scrimage against BYU, by Ats Purje from Estonia.  He is a 24 yr old winger/striker who was playing with FC Inter Turku in the Finish League but his contract is up, he has 17 caps with the Estonian national team and two goals. 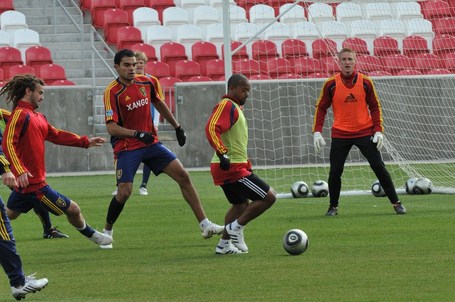 On thing is clear this year, the focus and attention being paid to RSL by the local media is much more than in the past and that can only mean more people following the team.

The pitch looked great, the stadium staff was getting everything ready, the forecast is for mid 60's and sun tomorrow, it will be a great day to open the 2010 RSL home season.

There are more pictures on my Ning site, myrslsoapboxphotos.ning.com

So after the jump I will explain why things got warm after practice:

So If you are a fan of RSL you know that our players are some of the nicest guys in all of professional sports, well today RSL's Captain Kyle Bekerman (who just signed a new 4 year deal) got a chance to do something very special for a little fan.

Today at 11:30 a.m., 6-year-old Jonah's wish to play soccer with Real Salt Lake will come true. Jonah, who has Sickle-Cell Disease, was a fan of the Claret-and-Cobalt long before they hit their stride on the way to a championship last season. Jonah loves to wear his RSL jersey while kicking a ball around for hours, and enjoyed attending games with his dad last season. But today his wish to play with the team will kick-off, beginning with a limo ride to Rio Tinto Stadium before being personally introduced to the team by Beckerman, who will then escort Jonah during practice. After kicking it with the players, Jonah will be treated to a personal tour of the locker room and learn some of the behind-the-scenes secrets of Real Salt Lake's team along the way. 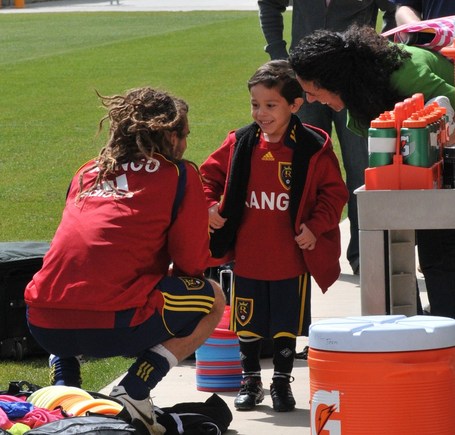 The folks at Make-a-wish are something else and this was a great thing to see, because beyond just taking a couple pictures Kyle spent a good amount of time playing with Jonah, there was lots of media coverage but I have a feeling Kyle would have done it had there been nobody else in the stadium. 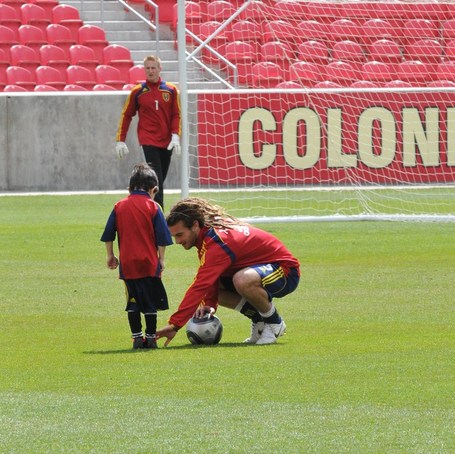 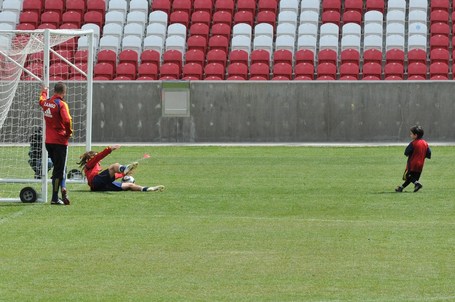 Kyle makes the save 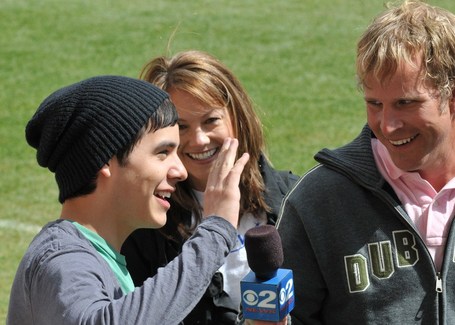 It appears that Make-a-Wish over delivered as Jonah and his family were also joined by David Archuleta, who performed after a RSL match last year at Rio Tinto Stadium.

It really was a heart warming affair and you could tell that even the casual observers (and there were plenty) were touched by the scene.