Share All sharing options for: RSL 3 - Houston 1 match highlight video (with a point)

So while we didn't get any red cards or PK's called against us, RSL should have had a indirect free kick inside the box in the 2nd minute of the match.  It is clear that after Robbie's first shot of the night, the save by Onstad goes out and before it gets to an on-charging Morales, it is kicked back to Onstad by one of his own players.  Watch the video:


Bobby Boswell (the team captain) clearly kicks the ball back to his keeper inside the area, which I believe would according to Rule 12 of the FIFA Laws of the Game:

As you watch the highlights you will notice when they replay the play, they cut away right before the violations but go back and watch it again.

After the jump watch a frame by frame progression of the play (yes I had too much free time today): 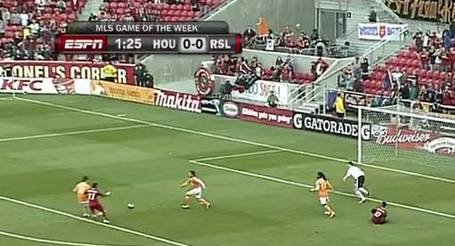 the ball is coming out off the save by Onstad 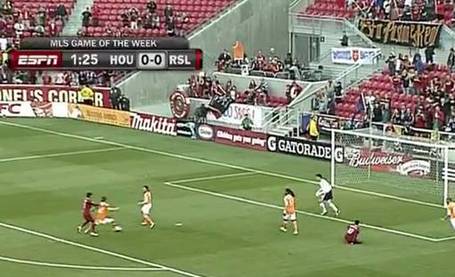 Ball on the foot of Boswell 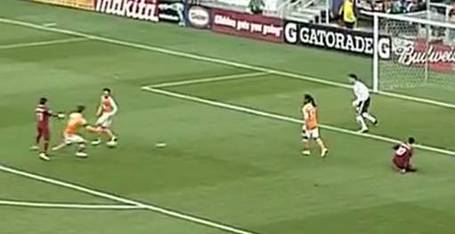 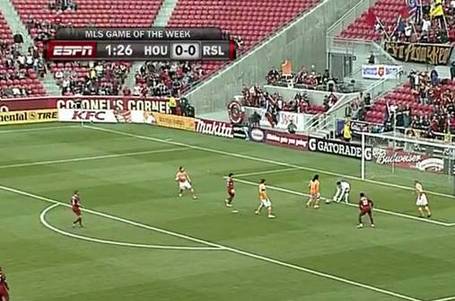 and Onstad picks the ball up.

So the infraction is fairly clear and would be something the officials on the West side should have been able to make the call on.  You know people ask me if I think the officials give Houston more calls, no I don't think they intentionally favor one team or another.  I just think all the officials are far too often out of position to make the correct call.  In this case it is early in the match and this play could have been the difference between winning and losing, we need officials who get more calls right than they do wrong.