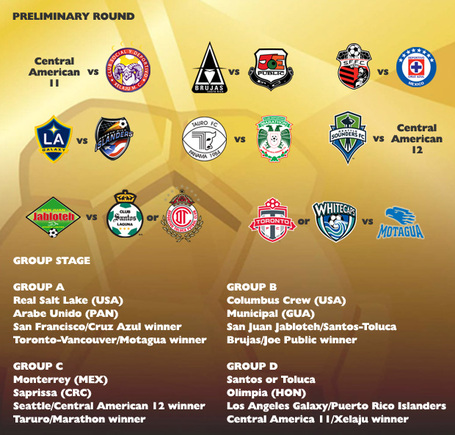 Those preliminary matches will start between July 27th and 29th with the first legs, and complete a week later.  The group stage starts August 17th with each team in a group facing the other teams in both home and away matches.

So we could see RSL vs. Toronto or Vancouver as one of the matches (hmm I wonder if this would work with a Seattle road trip if Vancouver wins?).  Either way based on the teams that are in our group RSL should be able to advance out of this group as one of the top two teams.

More news on the CCC can be found here