OK the rainy conditions made second half photos a bit hard to take but here are a few offerings from the match: 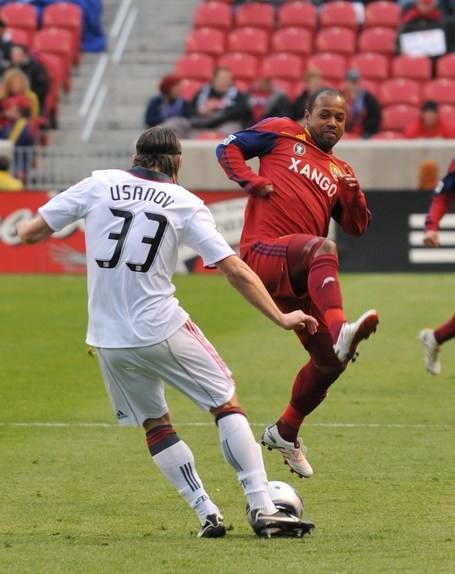 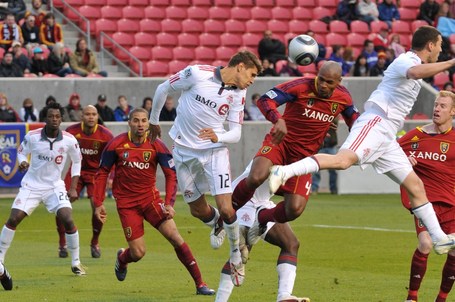 the collision that left Olave: 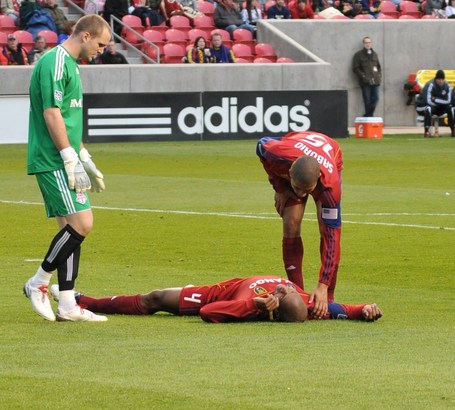 Out for a few seconds 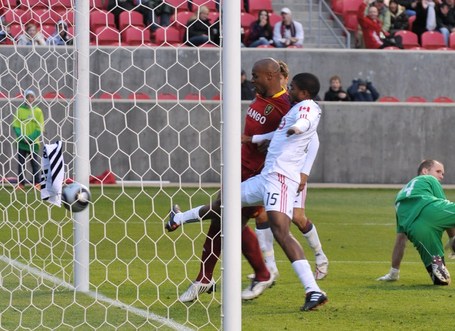 Not only would Jamison come back to tap this goal in he was a monster all night long on defense, you can knock him down but he will get up again. 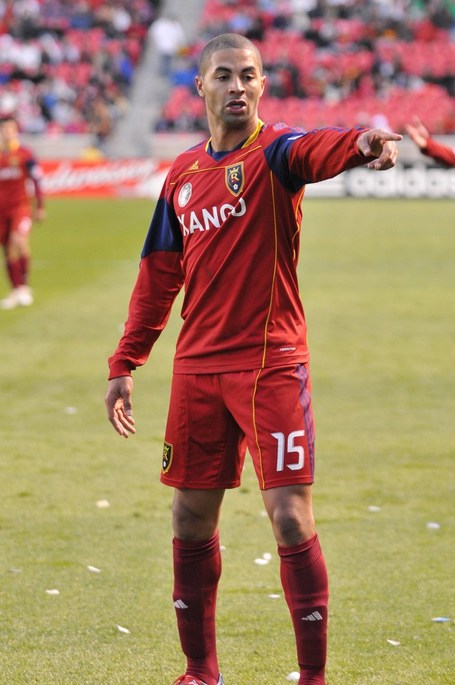 After having his goal disallowed and being given a yellow card, Saborio was quick to point out the transgressions of others. 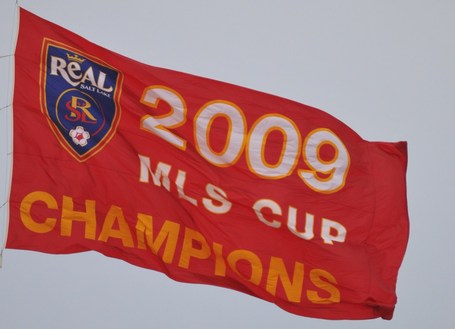 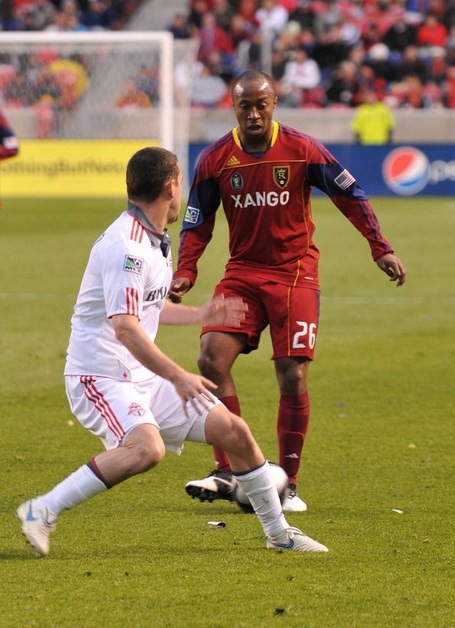 Collen Warner had Toronto scratching their heads most of the night. 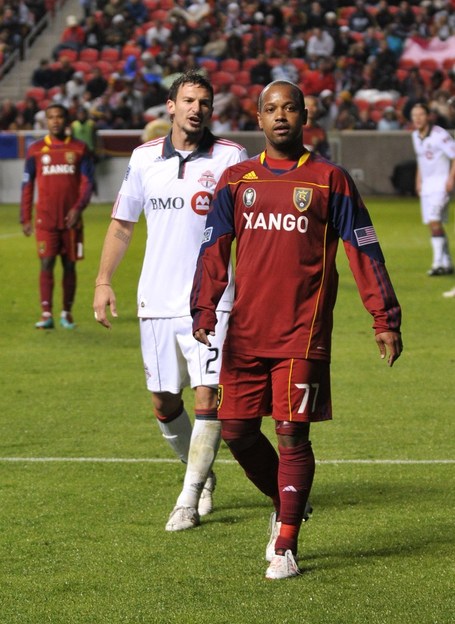 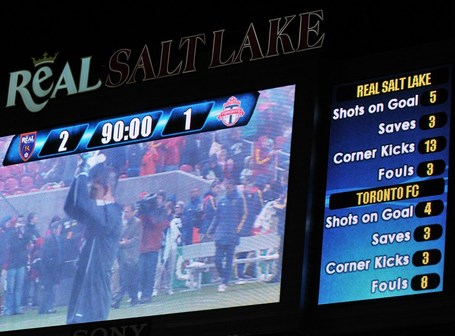 the final score says it all.

Well as always there are more pictures available on my ning site: myrslsoapboxphotos.ning.com