Share All sharing options for: Real Salt Lake by the Numbers week 10

So we are far enough into the season to know that numbers are starting to mean something, so let's take a look back at the Sagarin rankings from USA Today: 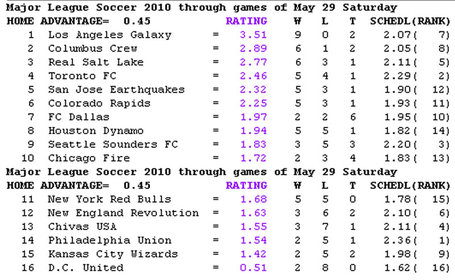 So we sit in 3rd place in his rankings with the 5th toughest strength of schedule.  It is clear that the Union who have faced tough teams and almost all of them on the road (they have only had 2 home matches) has the toughest schedule, while TFC who has faced all 3 of the top teams on the road already.  The Sounders continue to struggle, but at least we know they have faced fairly tough opponents, as they have the 3rd toughest schedule so far.  RSL has the 5th toughest, down since they now have played 5 matches at home as well as 5 of the road.

More numbers after the jump:

and of course there is nothing better than looking at the standings and I have updated which teams would make the playoffs as well. 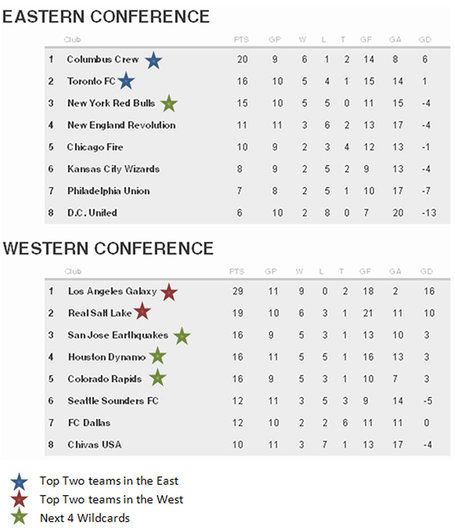 So if they playoff started today, RSL would be facing San Jose.  I like that matchup.

Of course RSL has the most goals of any MLS team so far this season, but how do they stack up against years past?  To make this chart easier to understand I have only pulled data from the last 5 weeks: 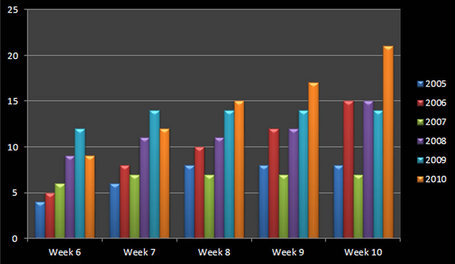 The 4-1 win over KC, boosted RSL to a +5 in goal scored over any of the previous seasons.  We are currently 3 goals for ahead of the LA Galaxy, who have played one additional match so far this season. 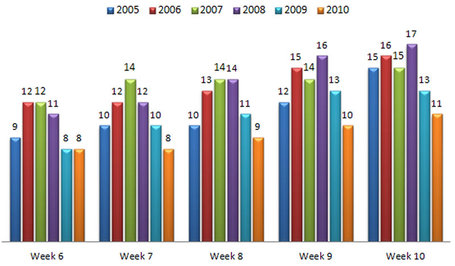 All of this just means that heading into a very busy 10 day period that RSL's numbers are looking very good, and the 15 of 15 points earned in May was the most impressive team effort of the month in MLS.  I asked you all how many points you thought RSL would get in May and only 7 of you (and me) thought we would pull all the points.