2010 World Cup, success and failures of technology and their impact on the fan experience

Share All sharing options for: 2010 World Cup, success and failures of technology and their impact on the fan experience

So I have found some things to be really funny about this World Cup, while there have been questions about the number of goal scored, the ball, and of course the villains of the the Cup to many the vuvuzela. For me it has been the way technology has both worked and failed, that has been one of the big stories, of course I am a total technology geek.  The mere fact that I can look at things like the Internet Buzz measurements from Nielsen and get excited to see what things, people, and places are creating "buzz".

Among the things that have caught many peoples attention is Twitter: Since this is really the first Twitter World Cup and Twitter has failed in a big way, one would say a whale size failure as issues have continued to plague the service from day one of the World Cup. 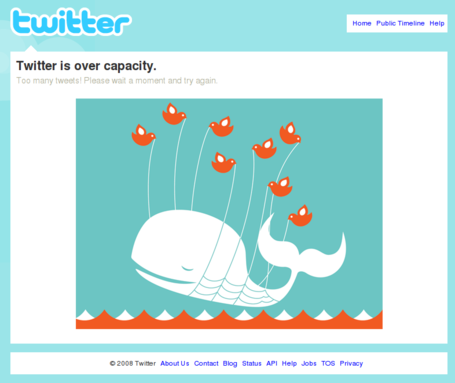 It has also been interesting to see the different "tweet" methods of some, while Grant Wahl has been almost overwhelming in the number of tweets, while others have only used Twitter to link to bigger articles.  I still am not sure which is the most effective way.

ESPN's TV coverage has been great despite the cries of the anti-vuvuzela folks, so the company providing the World Cup feeds is going to start filtering the sound more, according to Sports Business Daily.  Notice that in that same article that over 1 million people have downloaded the Vuvuzela app from the itunes store.  For me the sound is no different than the pounding drums or a couple thousand people doing "Seattle......Sounders" as a call and reply.  For non-soccer fans the sound is distracting, for those who attend a large number of live events they understand that each match has a sound, a rhythm that comes from somewhere, in this case it is the inexpensive plastic horns of South Africa. [Note by denz, 06/16/10 12:59 PM PDT ]I did just have this cross my desk, now you can rid yourself of the Vuvuzela sound with this anti-vuvuzela filter (if you try it let me know if it works)

One has to notice that 3 of those markets don't have a MLS team, "Hey, Don are you listening?"

I do think the ESPN iphone app is great, the almost live radio feed is wonderful with only a minute or two of lag time from their live updates posted in their match report, I do wish you could leave the app and keep the audio playing but I have noticed this issue with a number of "radio" apps.  The other features included in the app are also very useful, the audio feeds give them a real advantage over the other app out there, but of course you have to upgrade to get that audio.  I have really liked the photo selections on the Fox Soccer World Cup app, some great images there.

One of the more exciting things has been provided by ESPN3, which allows you to watch (should you IS department not banned the site) matches live online in very good quality.  Yes I know there are other sites you can watch feeds on, but I do tend to avoid using unauthorized feeds whenever possible.  The network is using the World Cup as a relaunch opportunity for the service:

The network has launched an extensive marketing campaign in all channels dedicated to the tournament. ESPN is highlighting ESPN3.com in its World Cup multimedia marketing campaign, and it will add more links to ESPN3.com content off ESPN.com.  When new viewers sample ESPN3.com during the World Cup, they will see more features and better quality video than in the past. Plans are to stream every World Cup game, and show each game in five languages, including Portuguese, German, Arabic and Japanese.  It will feature closed captioning, real-time analysis and classic matches.  Soon after the World Cup, the site will have HD streaming and DVR functionality.

The online content and coverage is overwhelming in both the width and depth of coverage that you can find online as the top thing for me out of this World Cup is the incredible coverage online, to see sites that normally pay little attention to soccer dedicate huge resources to it is a good thing, if only for a month.

Of course you also get the experts like SB Nation that provide a huge amount of great quality coverage from people who are soccer people first and World Cup fans second. That expertize shows up in things like team guides, handy one page guides that you can print off before a match so you can know who is who for teams that you wouldn't normally follow.

One huge success has been the sometimes overwhelming coverage by us soccer, who have done well with their own site, facebook and twitter.  I also love that they have now started adding the embed codes to their videos, like today's Studio 90:

[Note by denz, 06/16/10 11:57 AM PDT ]So I tried to post the embed code but either their code is bad or there is an issue with the SB Nation video widget not liking their code, but I was able to get around it by just entering the code into the code view of this post.

The ways of technology being used are many, and while I haven't seen the 3D feeds, I am not a huge fan of the current 3D technology, the technology is getting mixed reviews, it is also funny that this topic is such a big part of the World Cup that the Globe and Mail have a section on it.  Of course there were some real issues with Direct TV, whose push of the 3D technology disabled millions of DVR's of their customers.

So what are your favorite technologies of the World Cup so far, what has been the biggest headache?