So do you see the US offside or committing a foul?

Share All sharing options for: So do you see the US offside or committing a foul?

OK we all know that bad calls happen, we have seen it in MLS and other leagues for years, but on the biggest stage in the biggest game did FIFA's attempt to be politically correct cost the US a match? Koman Coulibaly doesn't on the surface (according to wikipedia) or by his list of matches he has been involved with that he should probably be an official in a World Cup match. You watch the video, watch the entire match and then answer this simple question?

Do you believe there was intent behind the bad calls that seemed to be very onesided against the US? I don't know but usually an official who makes bad calls makes them going both ways and during the live match it didn't seem that way.

Thanks to Steele for finding this: 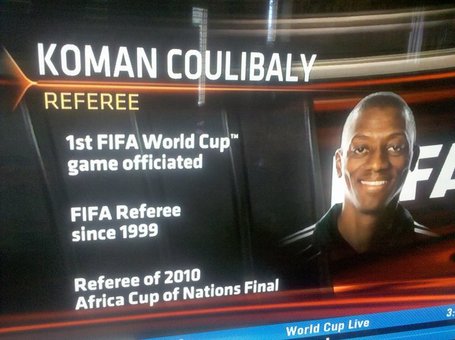 Tell me what you think: