Well I thought I would take a few minutes and load up a couple pictures from Friday night, should help us get through a couple weeks without any home matches: 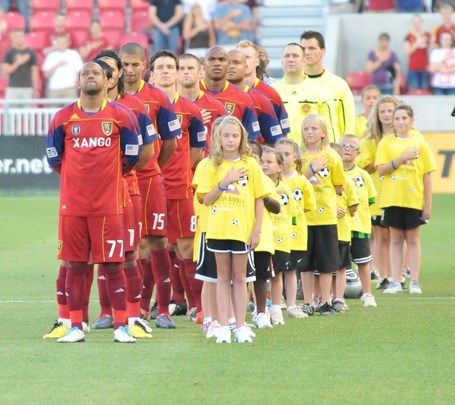 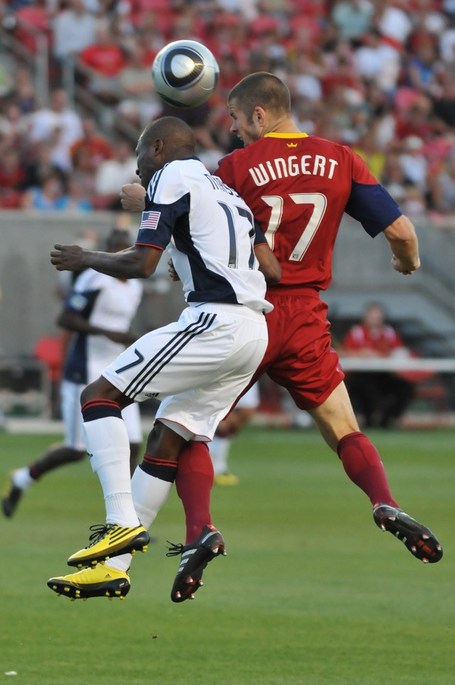 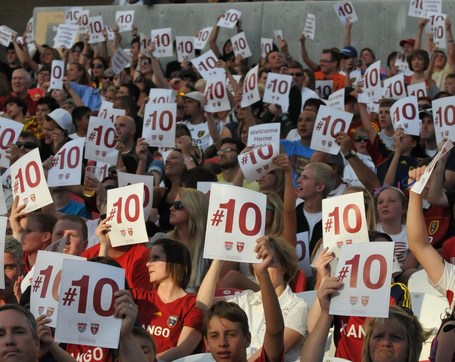 It was great to see RSL fans welcome back #10 Robbie Findley, who would later pay back the fans for their warm welcome. 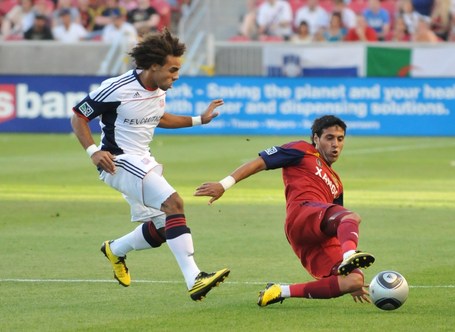 Everywhere the ball was, there was a RSL player battling for it. 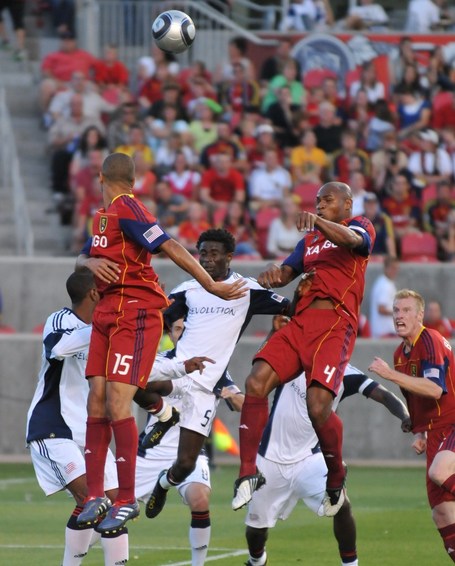 They battled in the air 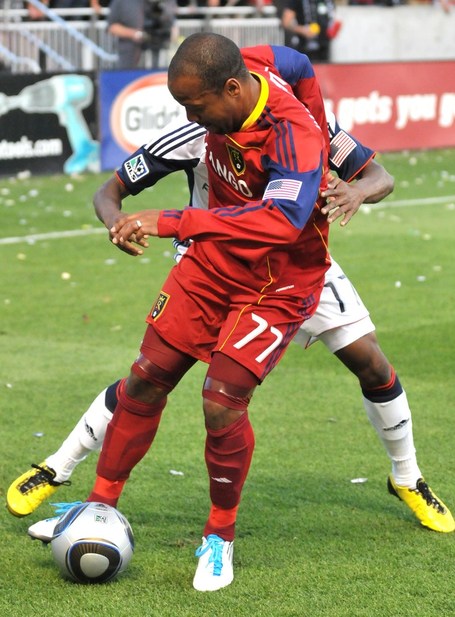 They battled on the ground 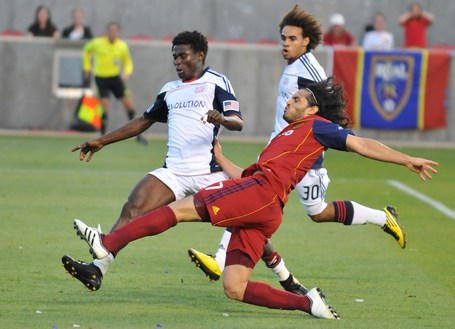 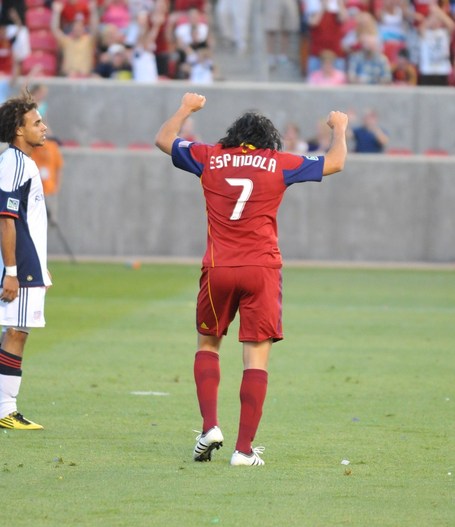 Do a dance on the still beating heart of New England as he got the game winner in the 27th minute. 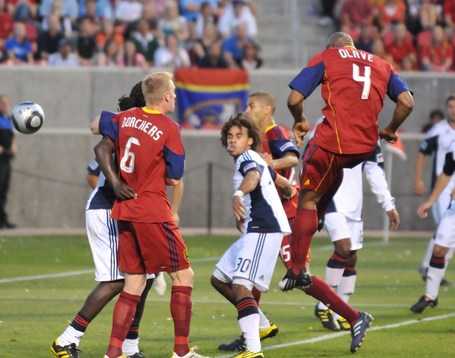 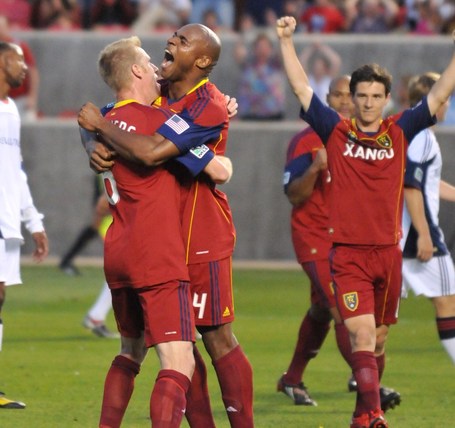 would lead to a much more traditional celebration 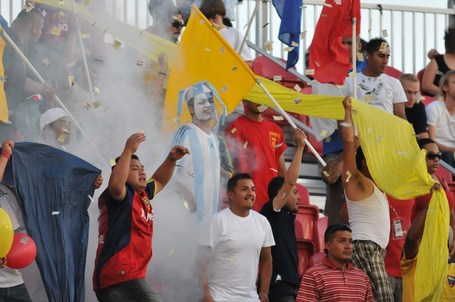 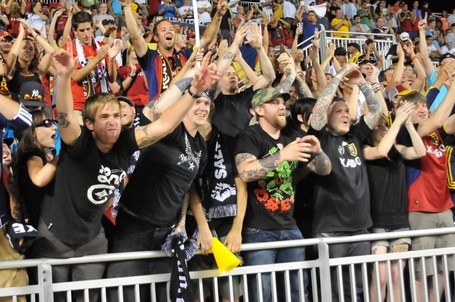 But in the end it was the RSL fans celebrating a super night and a great effort by the team to get the 5-0 win. 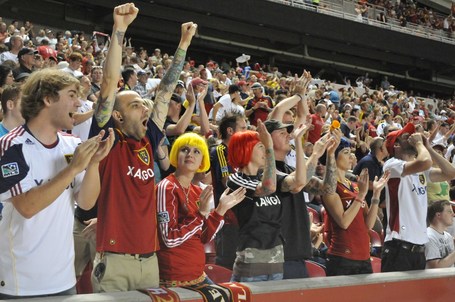 More pictures from this match can be seen here