OK, it was nice to nail the score in my preview for the second straight home match.  I thought RSL showed their elite status in the first half when they simply were dominant, like the were against LA for most of their match at Rio Tinto a couple months ago.  Getting an early goal once again was the key as RSL is now 11-1-1 when scoring first and the Crew are now 1-5-2 when allowing the first goal. Javier Morales' shot in the 11th minute was a rocket as it bounced off the post and behind Will Hesmer.  You remember Will, he is the guy who after the Crew got a very cheeky 1-0 win at home offered up this opinion:

"They were sub-.500 last year. That doesn't sit well with us. We clearly think we've been the class of the league the past two years, and we wanted to prove it."

It is clear that he may want to grab a dictionary and look up the word,   RSL now is 3-1-0 in their last 4 matches with the Crew.  RSL should have actually had another goal as Robbie Findley beat the keeper, but couldn't find the goal as his shot went just wide.  RSL ended up with 9 shots in the first half to just 3 for the Crew, and a 3 to 1 advantage with shots on goal, but at the end of the half it was just 1-0.

The second half was a very different matter as the Crew came out to prove that they are better than they showed in the first half, and RSL with a bit of a flat start found themselves spending a lot of time in their own end defending as the Crew actually out shot RSL 7 to 5 in the second half and had a 3 to 2 edge in shots on goal and RSL's keeper Nick Rimando was simply impressive again tonight.  In the 60th minute Ned Grabavoy made a good run and got taken down from behind at the top of the box and stepping up for the free kick was once again Javier Morales, who put it though the wall (it looked to bounce off someone) and past Hesmer and RSL was up 2-0.  This gave RSL head coach Jason Kreis a chance to pull off a couple players to give them some rest before Wednesday's big Champions League match.

A CALL FOR HELP

It seems the RSL has been unable to find any tape of Arabe Unido's matches so far this year. It is believed that they have played 3 league matches down in Panama, so if you can find video of any of their matches this year, please email me the link at rslsoapbox@gmail.com

In fact I will say this much if you can find me a full copy of any of their 3 league matches: July 31st against Tauro, August 6th against Chorrillo, or their August 14th match against Chepo. I will give you two tickets to the Sept. 4th RSL vs. New York Red Bulls match. I know that you who read my blog are up to the challenge and that most of you are like me and willing to do anything to help the team, well here is a real chance for you to make a difference for Real Salt Lake.

This is what is on the line in the Champions League: 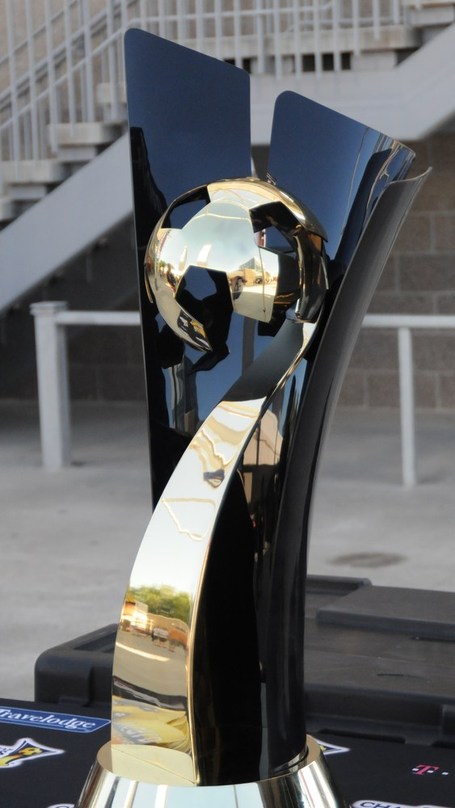