Share All sharing options for: Real Salt Lake by the Numbers - week 23 edition

OK, it has been a while since I did a by the numbers post, so I thought with the short week for RSL let's take a look at some of the numbers, I am going to start with the single table look from Setting the Table website, since it provides us with a look at both the Western Conference and the race for the Supporters' Shield: 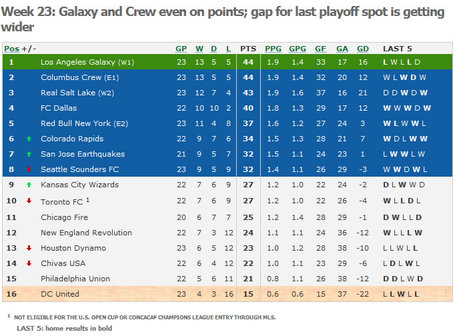 As you can see RSL sits in a very nice position of just a single point behind in both the race for the Supporters' Shield and for the top spot in the Western Conference.

After the jump we will look at how the numbers so far stack up against RSL's past and what records (both team and league) they could be setting this year if they continue their winning ways.

So Real Salt Lake currently have 43 points, that total is the best in team history as you can see below: 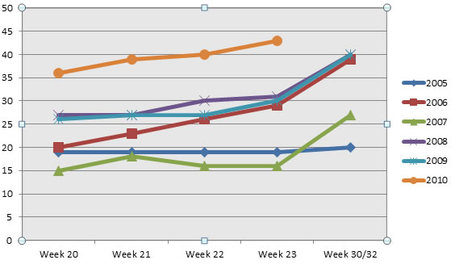 RSL currently leads MLS with 37 goals, which is 4 more than LA, 5 more than Columbus and no other team has broken 30 yet. After 23 weeks RSL has twice had 34, and twice RSL has failed to score 37 goals the entire season, the most goals ever scored by RSL in a single season is 45 in 2006 when MLS still played 32 matches. Here is how this season matches up against the past: 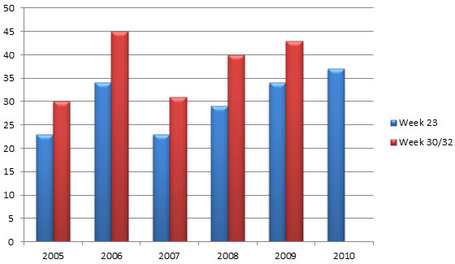 So here are some MLS records that RSL could break:

So there is just a little look at the numbers and how Real Salt Lake stacks up after 23 weeks.
OFF MY SOAPBOX