Well is is Saturday morning in LA and at the Home Depot Center you can hear the teams practicing in the background, as is often the case before big matches (and almost any time Bruce Arena is involved) only the last 15 minutes will be open to the media.

Still it is worth taking some time to share the experience with you all, as it is MLS Cup after all, most teams won't train too hard the day before a match, but I expect that LA will probably work a bit harder as they are still getting adjusted.

So the first team to practice was the Houston Dynamo, when the media was let in Houston had gone to some specific drills, the one I paid closest attention to was where some players were taking shots from different areas on the pitch as Talley Hall and Tyler Deric attempted to keep the shots from finding the back of the net. Then it was on to the interview line as players made their way past the onslaught of media members who wanted their attention: 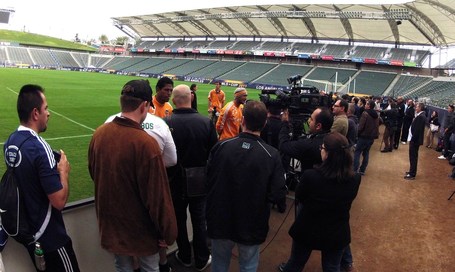 Here are a couple of pictures from Houston's session 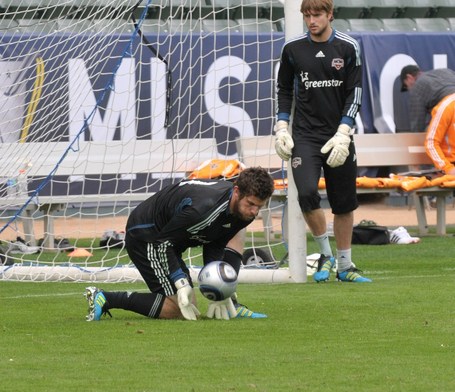 Tally Hall makes a save 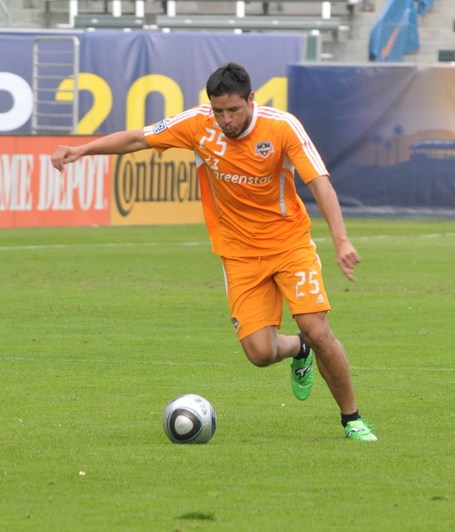 Brian Ching on the ball 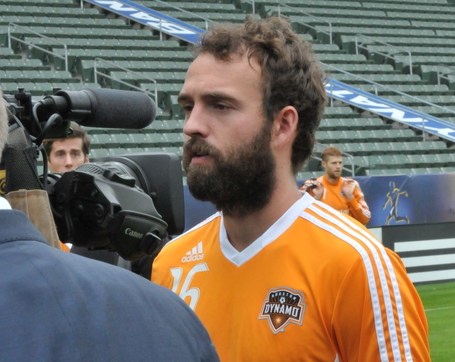 Adam Moffat talks to the media

Then LA took the pitch and they opened up for the first 15 minutes, which of course meant that the players spend most of time just stretching, so not many pictures. It was the first time the David Beckham, who had been rumored to be gone with a cold the last few days, but it appears the real issue was his back, was at practice and he seemed to be moving a bit slow and labored but I don't think there is anything that would be able to keep him off the pitch on Sunday. 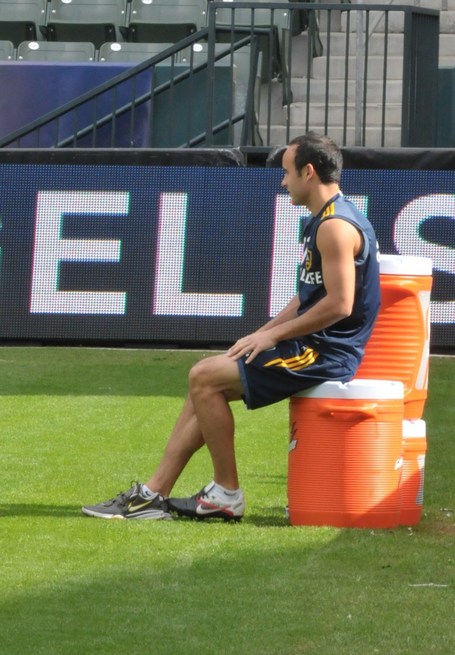 Landon waiting on the rest of the boys 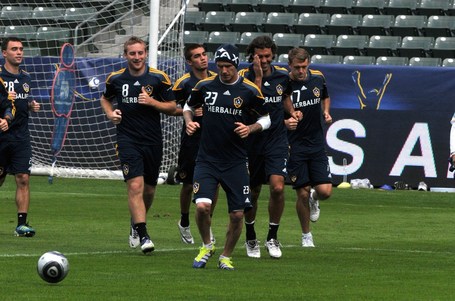 LA jogging around the pitch lead by David and Landon 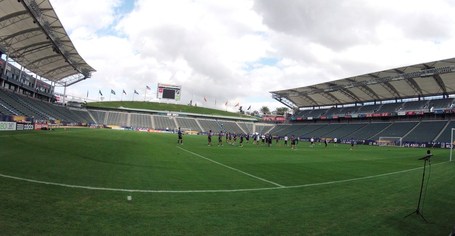 Just a cool wide angle look at LA warming up at the Home Depot Center.

Well that is it for the practice reports.