Let me start out by saying there is nothing more frightful than seeing a top player on the ground yelling and screaming in pain, when Chris Wingert hit the ground with what is now classified as a minor ankle sprain it caught everyone's attention.  It was nice to see him walking normally after practice and I will keep an eye on him tomorrow at practice and provide an update tomorrow afternoon.

With that lone moment this was one of the most enjoyable practices I have ever watched, the players looked sharp and focused but were also loose and having fun.  I have said it before that I love how RSL practices, the staff and players both take every moment seriously but the competition on every aspect of practice is just amazing to see.  That today was clear in the goal scoring contest that took up the final segment of practice, players divided into team to take changes putting shots on goal from various positions and with some clear match scenarios in mind.  It was great to see the team putting a focus on finishing and with each team fighting to get to 8 goals first, even if a couple players on each side decided to try and "adjust" their totals, the staff kept them in line. 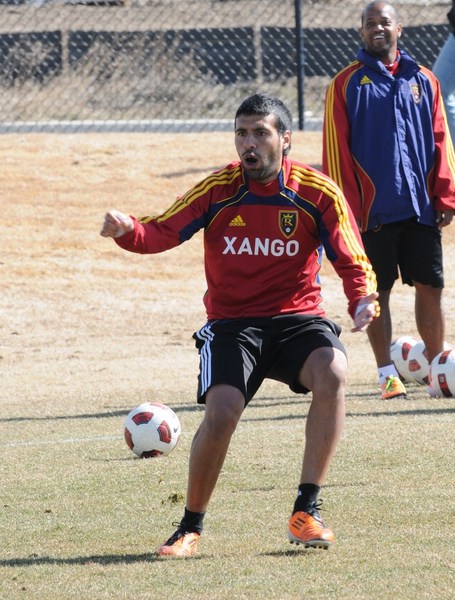 It may have been fun but you can see Javi took his goal as cause to celebrate and razz the other team.

more pictures and thoughts after the jump:

So it was great to see several reporters from Costa Rica and Columbia out at RSL practice as well as MLSsoccer.com's Simon Borg.  For RSL last weekend's surprise trialist Conor Chinn is still with the team, but not under contract yet.  He continues to look good in practice and I have to expect that the longer he is here the more likely we will try to find a way to get him under contract. 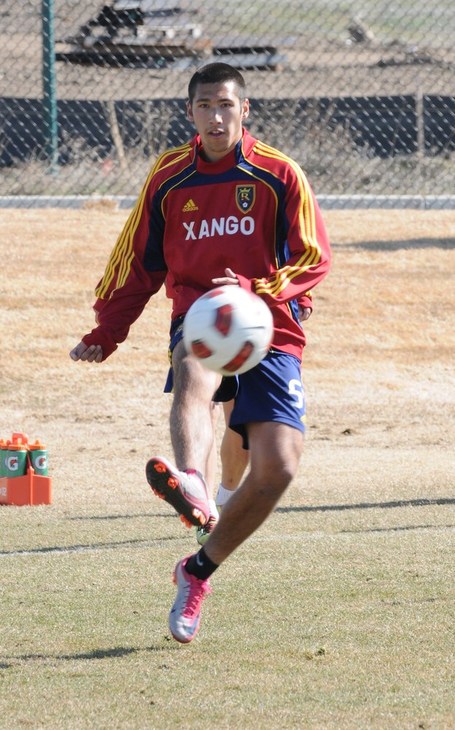 There were a number of times that I thought the energy was so high that head coach Jason Kreis looked like he was itching to get back into the action and yes he was smiling. 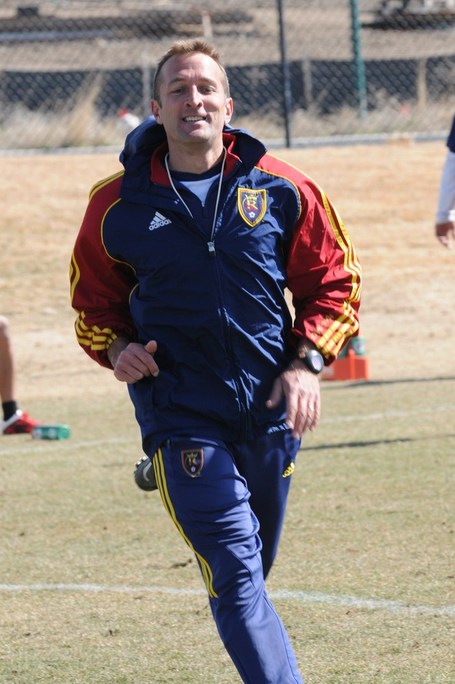 I was also impressed by the continuing development of Luis Gil, while he is still just 17 he is showing more and more that potential that caused RSL to make a trade last year with Kansas City to get his rights. 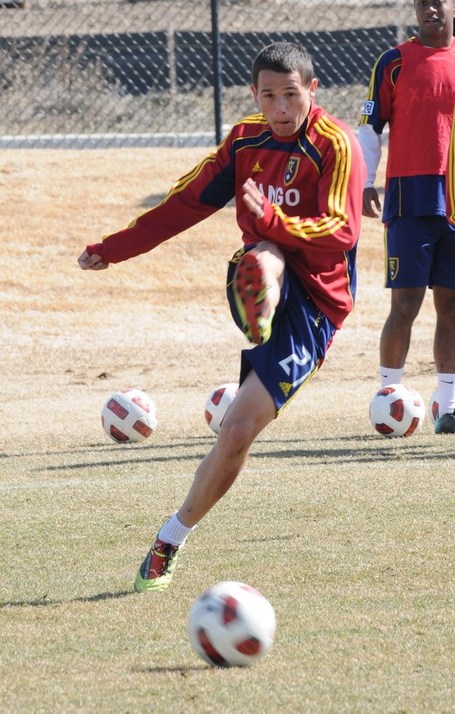 While the temps were the warmest of any Utah based training, you can almost always count on one guy to bundle up a bit more than others. 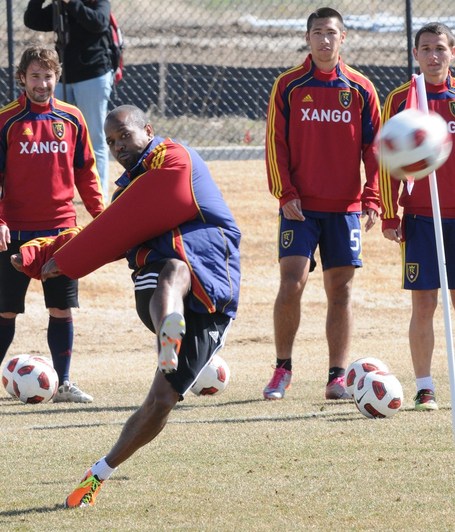 I will try to put up some more pictures later.

It is hard to explain a typical RSL practice but one thing strikes me from the practices that I have attended this season, it is clear that the players have a mission in mind and that the results of the last couple years have left them with a sense of confidence that they can play with any they face and that by having such a great core that they trust and believe that their teammates will be there for them during the match.  It really is an impressive thing to see and it leads me to really believe that we will see a very impressive effort on Tuesday night.

So I suffered a technology issue during my interview with RSL's Will Johnson, so the first two questions I asked him didn't get captured on video, but here are the high points of those questions.  When asked about the importance of having two huge matches this week (the CCL semi-final on Tuesday, and the MLS opener at San Jose on Saturday).  Will responded that their focus is on the the next match (Saprissa) and that is what they are getting ready for each day, when that one is over then they will focus on the match at San Jose.

I then asked him about having the first leg at home and being able to play the aggressive fast paced style that has served them so well in the past.  He responded with how the team will need to get a win at home, they know that Saprissa is a good team that will be tough at home so going there with a lead will be very important to moving on.

Finally I asked him about how important it is to the players to have a full stadium of cheering fans, this one I was able to catch on video:

So you have heard it from one of the fan favorites, each of you who show up and support the team at matches are very important for the players to perform at their highest level.  So let's do what we can to fill the stadium and support the boys in Cobalt and Claret as they do their best to move on to the Champions League finals.