Well here are a couple of pictures from the big match last night, it was a windy, rainy, and chilly night so forgive me if there aren't as many good ones as usual: 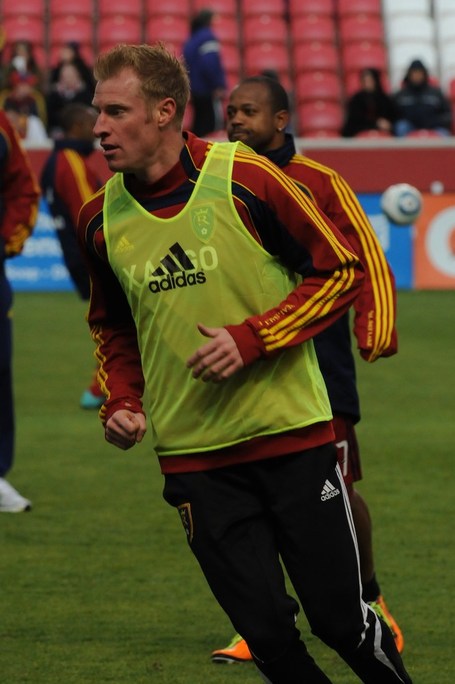 It may have been his birthday but Nat Borchers was all business heading into the match against Colorado. 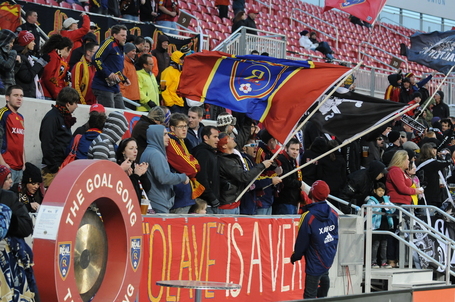 The fans were ready for a fun night despite the elements. 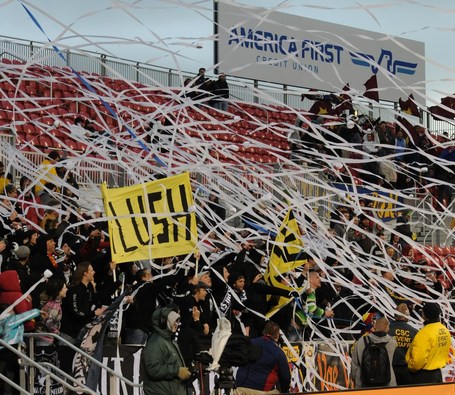 Yeah I would say the fans were ready. 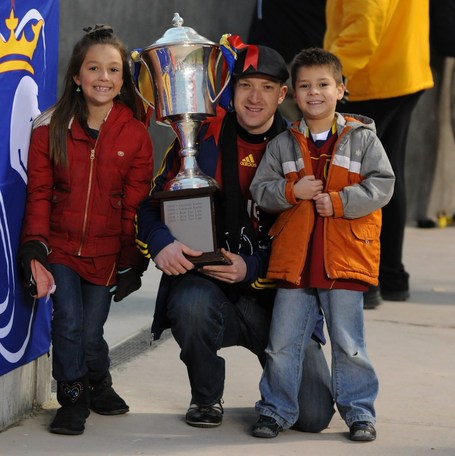 The Rocky Mountain Cup was in the house and it was ready. 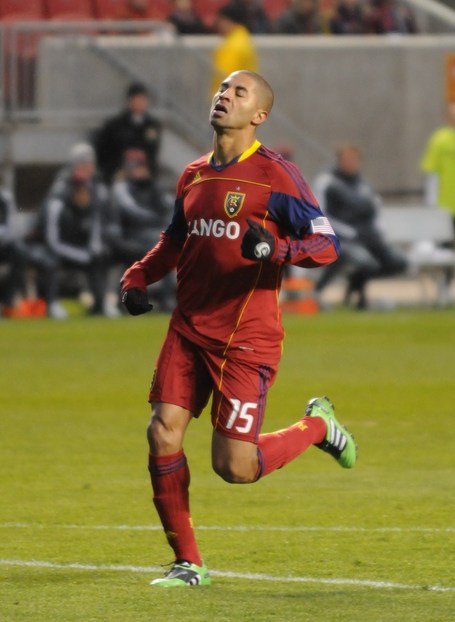 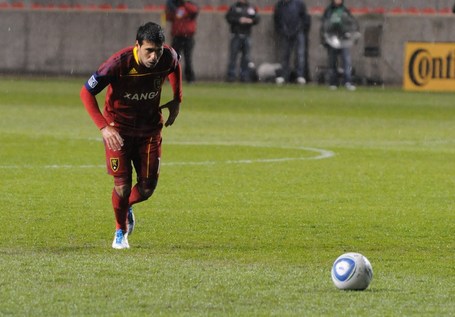 Javi lined up the free kick in stoppage time. 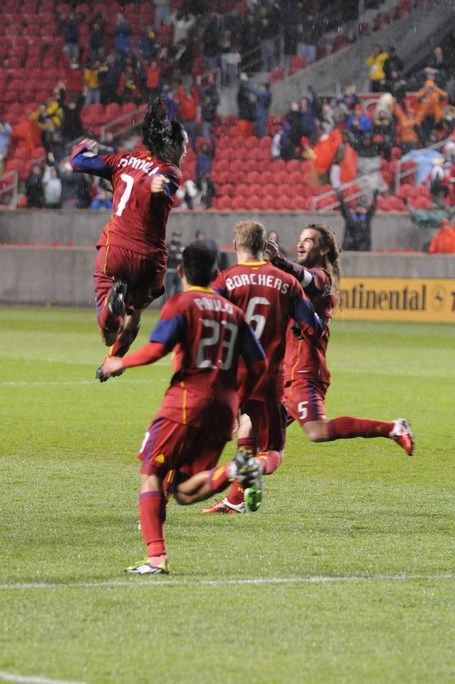 And Fabi was the one who would poke the rebound into the back of the net and celebrate his efforts.

I am still going through my pictures from last night, but I put a few of them online here.  Enjoy.

I remember last year hearing Jason mention that sometimes you have to win ugly matches, well despite being simply out played by the Rapids in the first half of the match, Real Salt Lake did what they so often do late in matches.  They found a way to get a goal late and in the end it was enough for them to break the hearts of the Rapids players and fans, as they secured the 1-0 win.

I thought Alvaro Saborio had a very off night, his first touch let him down a couple of times in the area when guys had gotten him the ball in dangerous positions.  For me the huge star of the night was Fabi, who was working hard at creating chances for himself and others.  He was all over the place disrupting the play of the Rapids, and for me one of the keys is that he didn't let himself get out of control emotionally.  He took some huge bumps and hits last night but each time he got up and went about his business, now some will point a number of calls that he flagged for offsides but a lot of those were very close and as Jason addressed afterwards, you want your forwards on that razors edge. 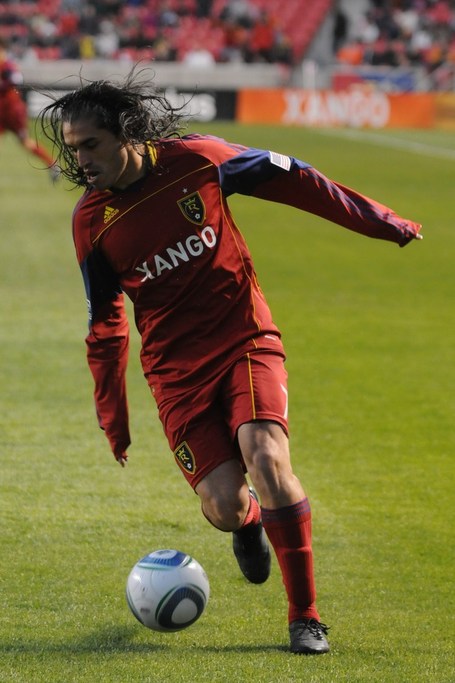 Fabian Espindola  is my clear choice for man of the match, but I do have to say that the RSL defense was also stellar.  They did a great job in limiting the Rapids opportunities to create offensive chances, well done!

OK, back to work for me.