Well on the schedule today Real Salt Lake was to play host to the Philadelphia Union, but upon their semifinal win over Saprissa, RSL asked the Union if they would be willing to reschedule their April 23rd match to September 3rd.  The Union accepted, and as someone said "nobody wants to play RSL right now, heck nobody wants to play our bench players".  They are probably right, so in place of the match it was off to Xango Field for a practice session today for the men of Real Salt Lake, it was a bit overcast and chilly but everyone seemed to be more focused on what drills they were running.

By now you are probably tired of hearing about how calm and level headed the RSL approach to the Champions League is, but as one who has been to a lot of practices, it really is true.  So let's take a look at a couple pictures from practice today: 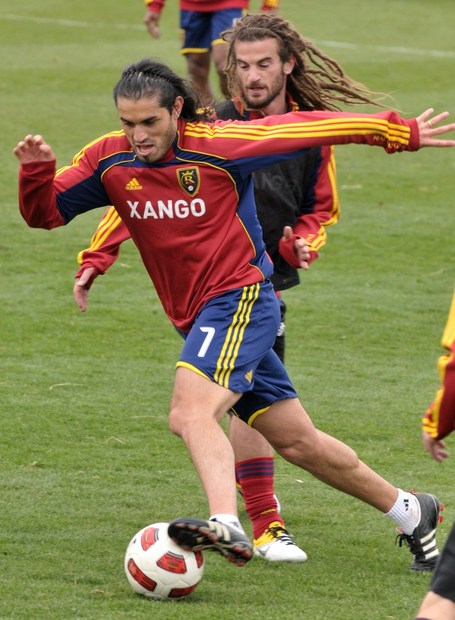 Fabian Espindola makes it past the defense of Kyle Beckerman.

more pictures after the jump: 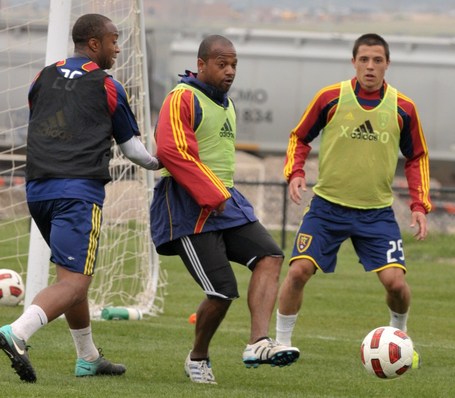 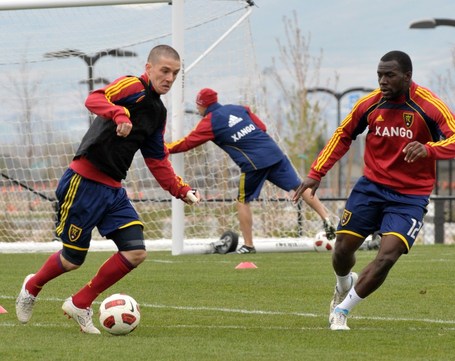 Will Johnson is looking to move the ball past the defense of Jean Alexandre, I think one of these guys will be filling in the defensive midfield role vacated by the yellow card suspension of Kyle Beckerman (who mentioned the idea of appealing the card, but I am unsure if there is an official appeal to CONCACAF yet or not). 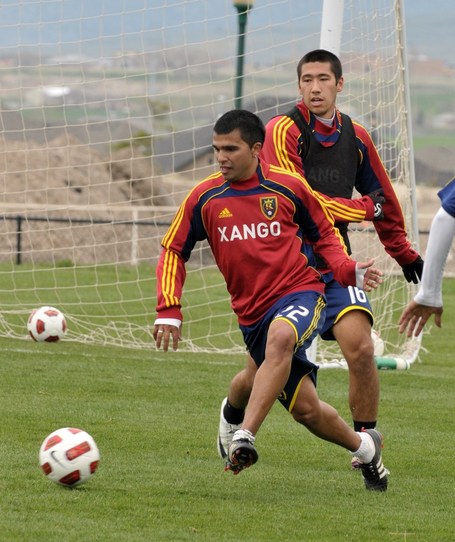 Nelson Gonzalez looks more fit than I have seen him in past practices as he moves past Conor Chinn. 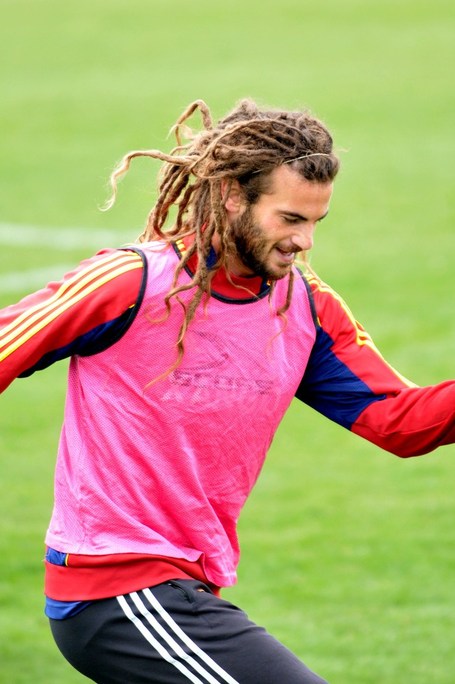 Despite being suspended for the upcoming leg of the finals, Kyle Beckerman was taking an active role at practice.

Well I put up some more pictures from today's practice session on Picasa you can see them here.