Well it may have been snowing outside but the practice was quick and after 30 minutes it was closed to the media as there were a lot of faces that I had never seen out covering RSL.  I know that having some of the big soccer media in town, Ives, Borg, Lalas  means that this is celary a big match.  Some quick pace drills in the snow would normally have players complaining and wanting to get off the pitch as quickly as possible.  Not today, spirits were high and the ever present competitive nature was evident in all aspects of practice.

Paulo Jr. was fully involved in practice and appears to be back at 100%, Tony was going full out and is ready to go for tomorrow, everyone on the RSL roster is probable or better.  So how about some pictures: 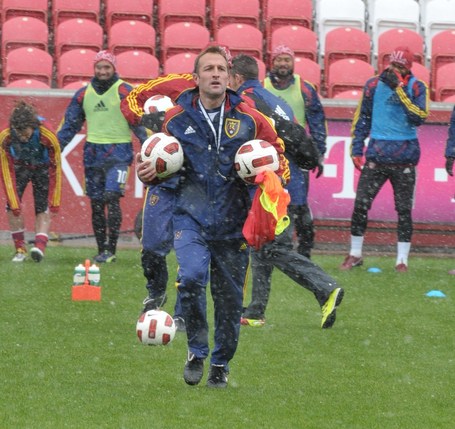 Jason was clearly getting ready to prove he has things well in hand.

Javi was having a good time playing in the snow: 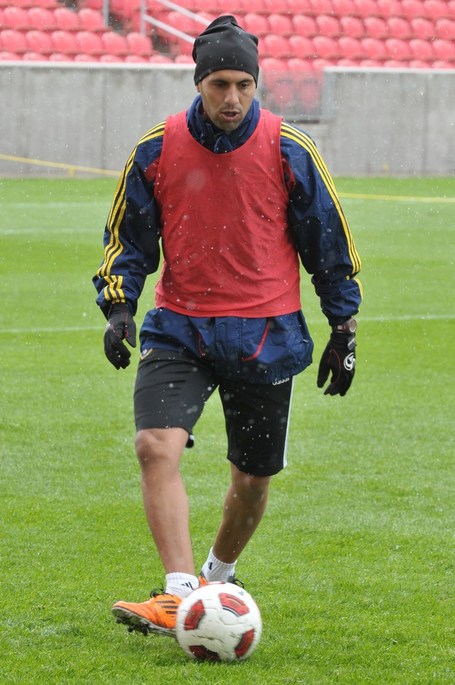 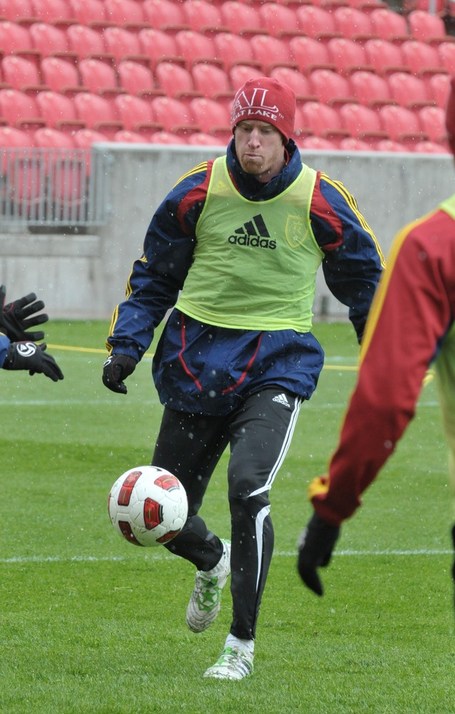 Nat didn't look as happy with the snow, which fell off and on during practice but never stuck to the pitch. 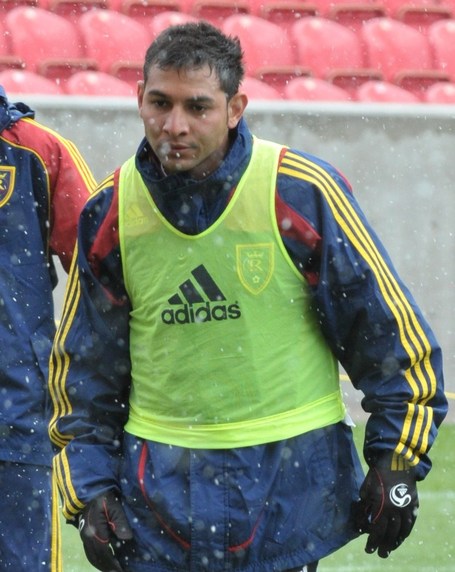 You have to believe that by now Paulo Jr. is a bit more used to the snow than will be the players from Monterrey who had to wake up this morning and wonder what was going on. 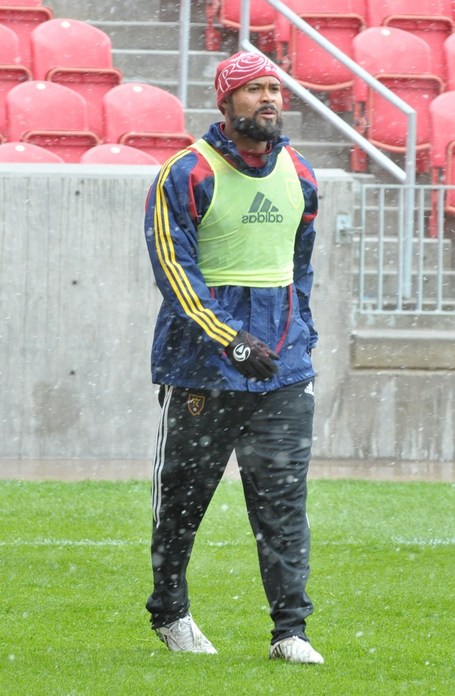 With his "Kimbo Slice" beard Robbie Russell looked like the weather didn't bother him much at all. 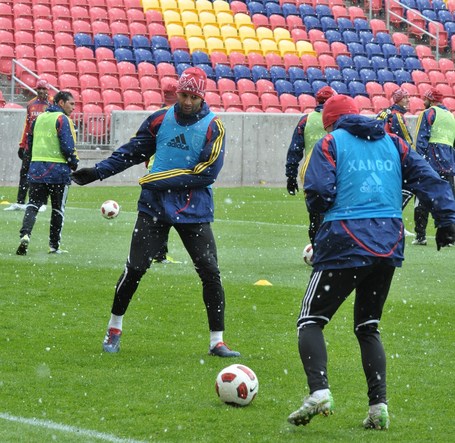 Sabo didn't look like the snow was bothering him at all.

You can check out more pictures on the Picassa site.

I love how the guys are so very focused on the task at hand, they understand how big this match is, yet they still have time to laugh and joke while they are practicing.  After practice I was able to get a one on one interview with Kyle Beckerman, and I will be posting that this afternoon, but we ended the conversation talking about how much this team is like a family and how that has played a huge part in welcoming the new players who come to the team as well as how it has made it where they are able to perform better on the pitch.