The injury to Javier Morales has had a sobering impact on the RSL staff, players and fans, and when combined with the loss in the Champions League final the team clearly needed a way to deal with so many rough things this early in the year.  One way they did that happened on Saturday as everyone paid tribute to Javier Morales who is recovering from surgery and will likely miss 4 or more months of the season.

It started during warmups 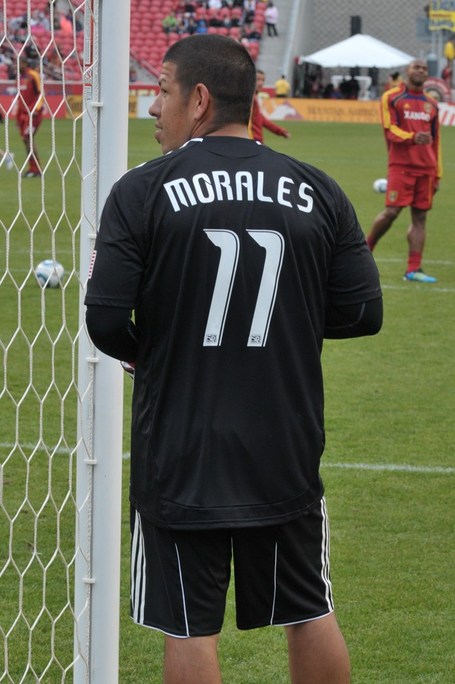 Nick Rimando sported #11 and Javi's name on his warmup kit prior to the match.

Then the entire team got into the action:

thanks to Julie for letting me use her picture.

after the jump check out how the fans got involved in the tribute as well.

Prior to the match fans got their tributes ready: 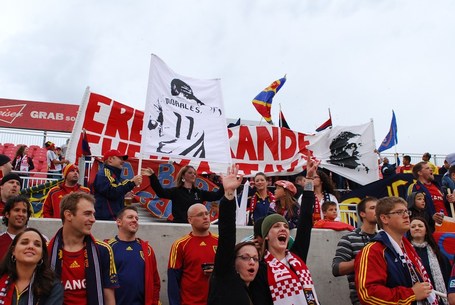 It didn't matter where you looked around the stadium, from the south stands to 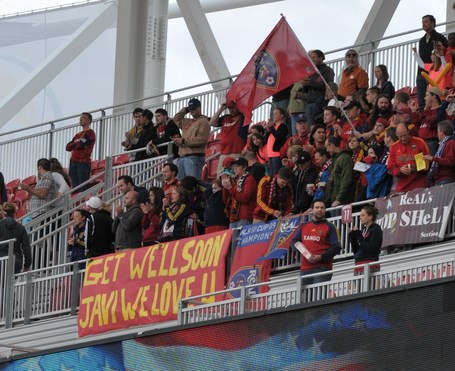 the upper deck to 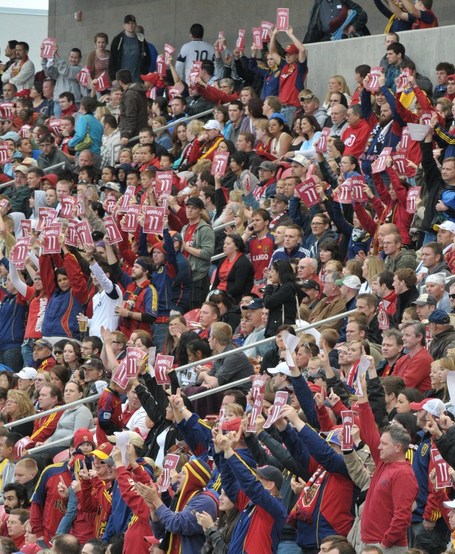 the East stands, to 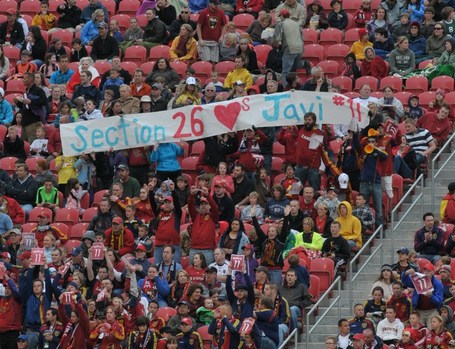 the folks in section 26 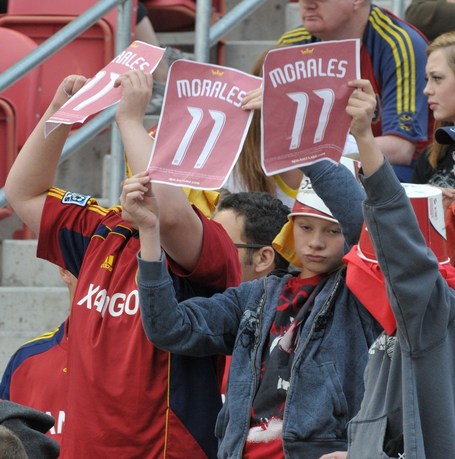 the KFC Corner got in on the act 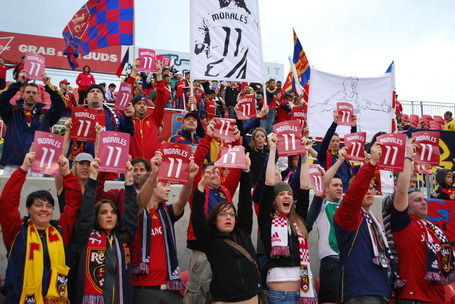 of course the bunker got into the act and it was a great way to let Javi know that we are all here to support him during his recovery.  Thanks to everyone who took part. You can find these pictures and a few more in my Picassa pics.