Well success in the regular season will push you further and further down the draft list, so RSL has the #17 pick in the first round this year and with that pick Real Salt Lake chooses: 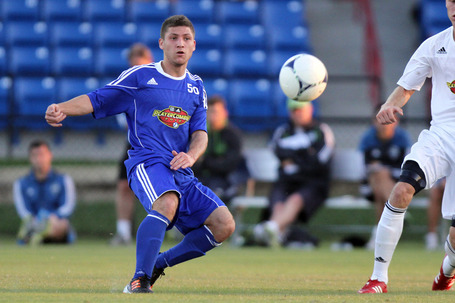 He is a 5'7" midfielder from the NCAA Champions North Carolina, going into the combine everyone said he was the guy most likely to play at the MLS level right now. He is an international player from Uruguay. His numbers at college were:

So RSL get an attacking midfielder, who will have big shoes to fill as RSL lost Andy Williams and Collen Warner in the off-season, but this is a good thing for RSL. Lots of potential.