Kyle Beckerman notched a spectacular number of passes against Seattle — the most any player has in a single MLS match this year.

Share All sharing options for: Pass-master Beckerman at top level despite quick turnaround

He didn't have more than a day's worth of training with the side, but his ability to dictate play shone through last night. It's one of the biggest advantages of a strong core of players: Come back from international duty after missing some practice, and you can slot right back in.

Usually, that's not the day after a match in which you're a named substitute, but given the dominance Beckerman showed, you'd be forgiven for suspecting he hadn't even traveled.

We were lucky, a bit, in that regard. USMNT overseer Jurgen Klinsmann opted not to play Beckerman at all, despite some malcontent among fans about the national team's performances.

Whether last night was a statement night from him or Beckerman was particularly on form, or even if Seattle simply allowed him all the time and space in the world, it's hard to overlook his passing performance. 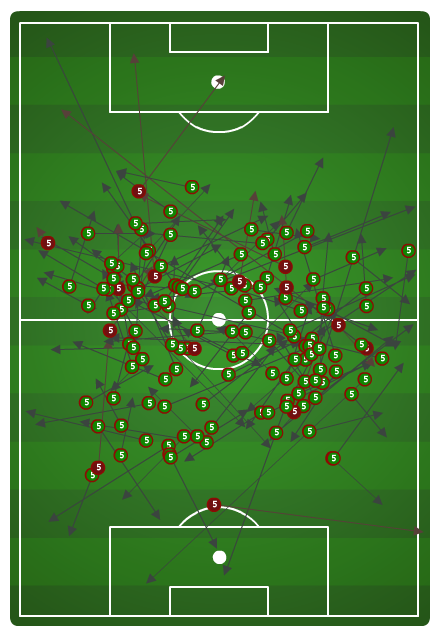 Before last night, no player in MLS had made 100 successful passes in one match. Dax McCarty was the closest - he successfully completed 97 passes in a 2-2 draw with Seattle Sounders in July.

Kyle Beckerman, last night? He passed that in the 74th minute. He ended with 123 successful passes.

If I might compare apples and oranges: Xavi - you know, the Spanish pass-master at Barcelona - holds the record for most passes in a European Championship match with 136 passes, of which 127 were successful.

Now, I'm not saying he's at that level. Don't get me wrong. But sometimes, stopping and smelling the
roses is essential. But really?

And yes, that includes matches where players are sent off, where teams bunker, where midfielders are given all the time in the world. It's a fantastic metric, no matter the circumstances. Is there any better midfielder in the league, either attack-minded or defensive-minded? It's hard to find one that propels his team in the same way.

And to think - we weren't even sure if he'd play last night. Funny how these things happen.