Share All sharing options for: Real Salt Lake reserves drop a 1-0 result to the Colorado Rapids - recap and pictures

So it was a beautiful morning at the America First Field on Sunday, the sun was shining and there was soccer to be played. It was the reserve match that featured a number of RSL academy kids, here is the official recap:

SANDY, Utah (Sunday, April 8, 2012) - The Colorado Rapids Reserves used a first half goal by rookie forward Tony Cascio to post a 1-0 victory over their Real Salt Lake Reserves counterparts in MLS Reserve League action this morning at America First Field. With the victory, Colorado evens its Reserve League record at 2-2-0 and moves into a first place tie in the Central/Mountain Division alongside the Houston Dynamo and FC Dallas on six points, while Real Salt Lake dropped to a disappointing 0-3-1 to close out the opening month of play.

In stark contrast to last night's MLS regular season affair up the street at Rio Tinto Stadium, it was the Rapids Reserves creating the better of the chances and dictating the run of play in the opening half. The pressure would nearly pay off with quality chances inside the first eight minutes by Cascio and fellow forward Andre Akpan, and it was Cascio who would finally move the scoreboard for the visitors in the 26th minute. The University of Connecticut - and one-time RSL youth system - product latched onto midfielder Davy Armstrong's through ball and pushed a low, powerful shot from the penalty arc under the outstretched arm of RSL Reserves goalkeeper Kyle Reynish to give the visitors a 1-0 advantage.

more of the recap and some pictures after the jump:

After Real Salt Lake midfielder Yordany Alvarez fouled Rapids striker Kamani Hill inside the area to set up a penalty kick in the 40th minute, it was Reynish single-handedly keeping the deficit at one for RSL, first stopping forward Akpan's low effort from the spot before plucking defender Kohei Yamada's chipped attempt on the follow.

The Real Salt Lake Reserves attack showed signs of life at the start of the second half, notably in the 50th minute when RSL-Arizona Academy product Jordan Allen finished a slick build-up through midfield with a shot from the top of the area that was deflected by the last defender and out for a corner. Another RSL-AZ performer, midfielder Ricardo Velasco, provided the most dangerous chance at an equalizer four minutes later when his ball over the top sprang forward Emiliano Bonfigli, but his heavy first touch was collected by Rapids ‘keeper Ian Joyce off his line before any trouble could come.

The Real Salt Lake Reserves will continue to seek out their first win of the MLS Reserve League campaign on Tuesday, April 17, when it plays host to FC Dallas Reserves (2-0-0) at America First Field (11:00 a.m. MT kickoff). The Rapids Reserves will get back at it a week later on April 24 with a road contest against their counterparts from Sporting Kansas City (0-1-1) at LIVESTRONG Sporting Park (7:30 p.m. CT). Click here for the full 2012 MLS Reserve League schedule on MLSsoccer.com.

So here are a couple of pictures from the match: 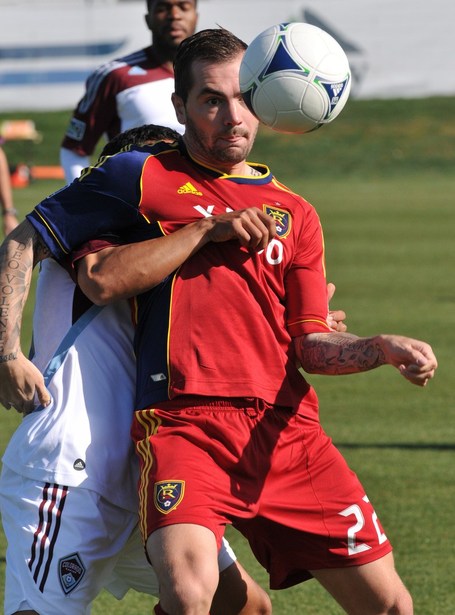 Jonny Steele was battling for every ball that came his way 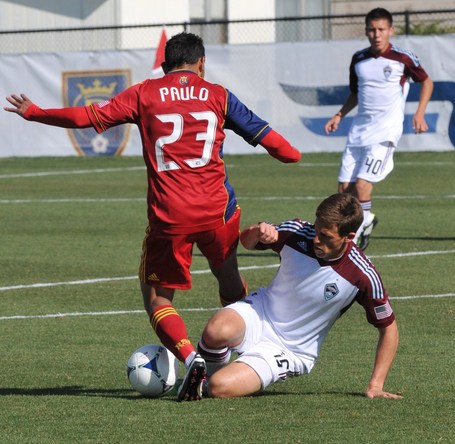 Paulo Jr. also battled hard and drew a lot of attention from the Rapids defense. 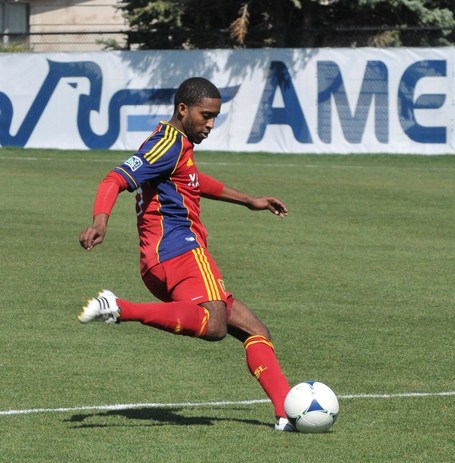 Yordany Alvarez had a good match and was very active. 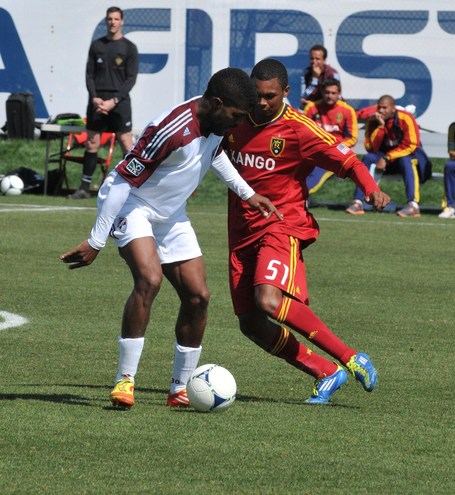 Jordan Allen went the full 90 minutes and showed why he is considered a top prospect by RSL. 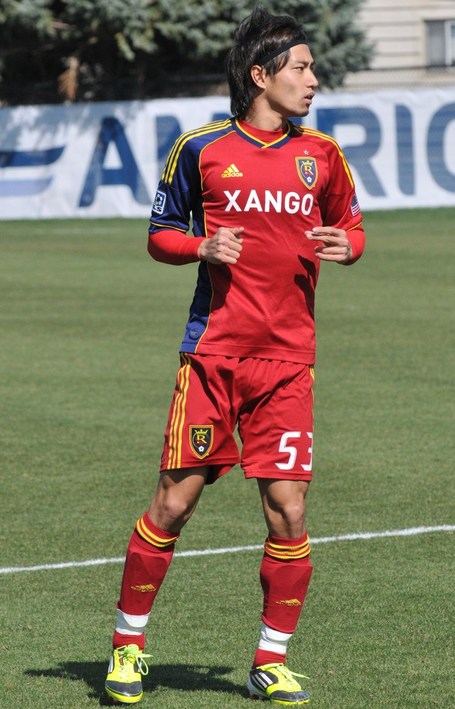 A new look for Terukazu Tanaka

You can check out more pictures from the match on my google+ picture page.