Notes on a Corner: Gil's goal against Philadelphia Union a clever bit of movement, good skill

Share All sharing options for: Notes on a Corner: Gil's goal against Philadelphia Union a clever bit of movement, good skill

Luis Gil's return goal against Philadelphia Union may have seemed a relatively simple one, and in many senses, it was. But the execution was divine, and Gil did incredibly well to make himself space in the box. Let's break down the goal a bit. 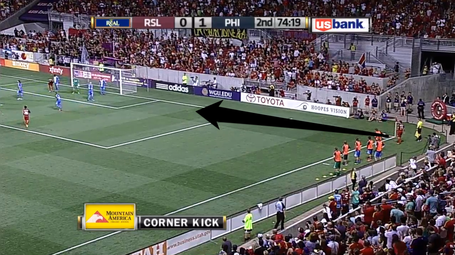 Here we see the corner about to be taken. From this angle, only Olmes Garcia and Sebastian Velasquez are visible in the box, and two Union players appear to be preparing to mark a corner taken short — they'd be in a good position to scupper a run from Garcia, or to intercept a ball played into Velasquez, should he make a quick checking run to the right flank. 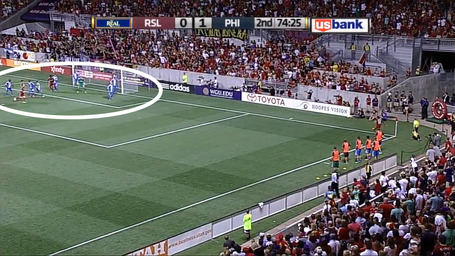 Here we see Borchers coming into the picture, and Velasquez hasn't made a run toward Morales as it seems the defense was prepared for. This is probably the first big mistake they've made here, and they're left with two men marking the near post. 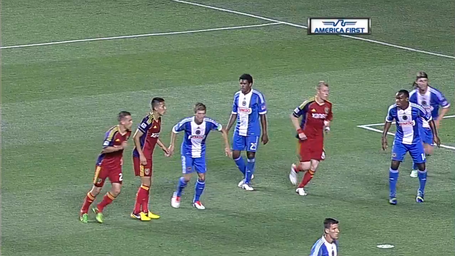 Here we're getting into the meat of things. Defensive midfielder Brian Carroll is marking Gil and moving with him on his near-post run, and defender Sheanon Williams is marking Carlos Salcedo. Midfielder and defender Amobi Okugo seems to be watching Luis Gil as well, but he might also be trying to mark Carlos Salcedo — unnecessarily, though. 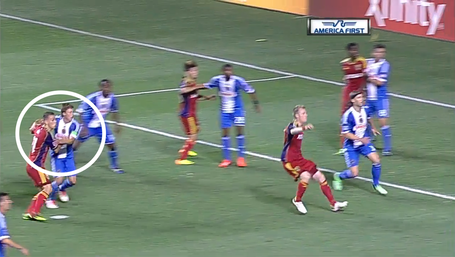 We see that Carroll is indeed marking Gil, but Okugo isn't marking anybody in particular. He quickly realizes this, as we'll see in the next frame, but by then it's too late. Carroll, committing to a physical challenge with Gil, will soon commit his fatal mistake. We see that shortly. The rest of the marking we can see is fairly effective. 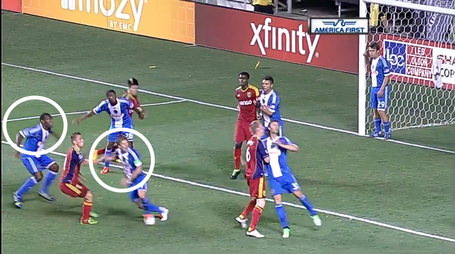 Gil here allows Carroll to get in front of him while maintaining the challenge, then pulls his run perfectly. He's left in perfect space between Okugo and Carroll, and the only thing left, really, is to receive the ball. That's a tough proposition, as it requires getting a good leap in, but Gil has been shown to have that in his bag of tricks before. It's made easier by Carroll being on the metaphorical back foot here, and we can already see Gil preparing to leap. Should Gil reach the ball, Okugo is in an untenable position marking essentially thin air. 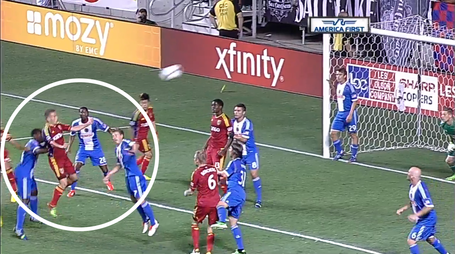 Perfection. Gil gets forward well, Okugo is only able to push him in the back, Carroll is gone from consideration, and defender Ray Gaddis has even left Velasquez to come toward Gil and the ball. Three men have been sucked into Gil, and while his jump is praiseworthy, his header is doubly so. He left the goalkeeper with nary a chance.