Soccer in Utah: Early 1900s see rise in the game with the creation of Daynes Challenge Cup

This is the first in a series of pieces exploring the history of soccer in Utah. It begins with a look at the pre-1910 landscape, take a brief look at the Daynes Challenge Cup and the first time it was awarded, and take a look at one of the big influencers in early Utah soccer.

Share All sharing options for: Soccer in Utah: Early 1900s see rise in the game with the creation of Daynes Challenge Cup

Utah may not have been the most competitive on the national stage in early soccer history, particularly being so far away from the Eastern United States where the game took hold the strongest, but the game was a popular one in the state -- and it started in earnest in 1906, when the Daynes Challenge Cup was created. 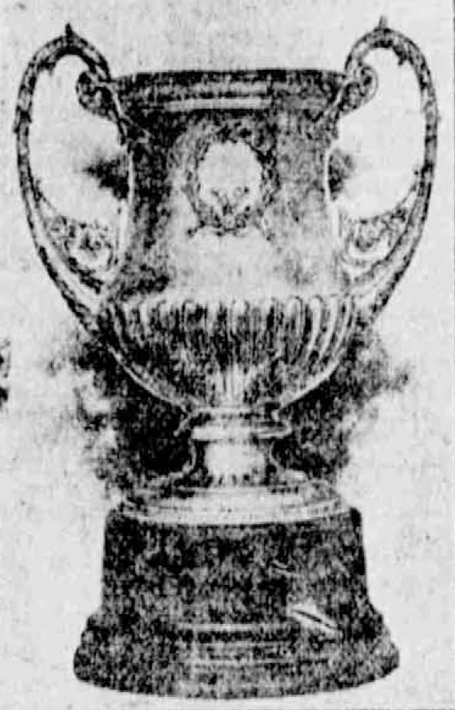 The Daynes Challenge Cup was perhaps Utah's first soccer prize, and it was perhaps fitting that the first victors were the Salt Lake Whites, part of Salt Lake A.F.C.. As the first notable trophy in the state -- one that survived well into the modern era, last recorded as being delivered in 2011.

All clubs in the state were eligible for the trophy from the start upon payment of the princely sum of $5. It was strictly for amateurs, as was the way with the sport in the day. 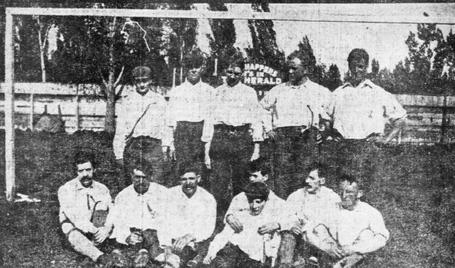 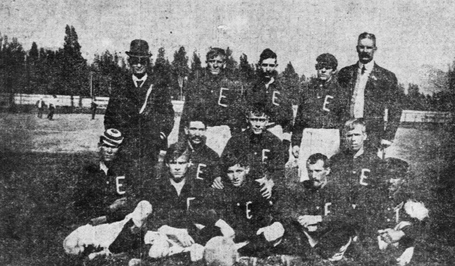 Eureka, in a 1906 photo from the Salt Lake Herald

The first edition of the cup, awarded in 1906, saw the Salt Lake Whites pitted against Eureka, then an important mining town. The two faced off at Walker's Field, where apparently the University of Utah played in earlier years.

Salt Lake edged Eureka late in the match, winning 4-3 after scoring two goals in the final seven minutes of time -- the game-tying goal coming from a penalty scored by the team's captain, Fred Sandford — club captain and one of the true pioneers of the sport in Utah.

The trophy was one for which Utah clubs challenged for many years, with the height arguably being in the sets of years preceding both World War I and World War II.

John Morgan, an early advocate for the sport 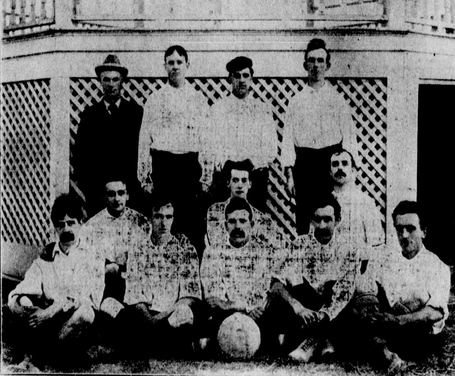 Few in Utah were as strong advocates as one John Morgan, whose passionate writing could be found in the pages of the Deseret News, the Salt Lake Herald, and the Salt Lake Tribune, variously. Morgan served as the press agent for Salt Lake's soccer club, Salt Lake A.F.C..

In a letter to Public Opinion, Morgan wrote that "the only scientific football is the socker game":

"The only scientific football is the socker game, and if you could get as in England a team of mere youths, who are fast, understand every feature of the game, combine well, are good dribblers, and who can play both the short passing and the long passing game, then that team, if they averaged under 130, would have no hesitation in meeting a team even if they were as big as box cars and as heavy as elephants, as in socker, as anyone who knows the game knows, mere weight does not count. In place of that is substituted speed, stamina, good wind, the ability to thoroughly control the ball with the feet when in motion; and these qualities are as easily attainable by the slim lightweight as by the cumbersome giant. Socker football has sent "mere brutal strength" as a winning factor to the scrap heap long ago."

Not only an advocate, Morgan was regarded as a local expert. In a Sept. 30, 1905, article for the Deseret Evening News, he often offers a detailed history of the break between rugby football and association football, all well before the professional era in the sport: "It is simply marvelous the gigantic strides made by the game since its organization on the land of 'Bobby Burns' some 45 years or so ago."

"Association football is the football in which the small man has a chance, and all the paraphernalia needed is a shirt, knickers, no head-guards, ear-guards, nose-guards, elbow-guards, padded knickers or other armorplate needed, which speaks volumes for the clearness and freedom from bodily danger in the play."

But for as much an expert as he was, his bold predictions are not dissimilar to those predicting great things for soccer in the United States even today.

"Let it be hoped that the sporting fraternity will turn out and see the matches played, especially the faculty at the colleges and give the game a fair trial. Once that is given I predict in a few years at the outside the same popularity for the game in America as in the British Isles and other countries in Europe who have given this fine winter pastime a fair trial and finally adopted same."