Breaking down the first-ever Javier Morales hat trick: The brilliance of Javi

Share All sharing options for: Breaking down the first-ever Javier Morales hat trick: The brilliance of Javi

Aged 34, Javier Morales scored his first career hat trick. It started in the first minute and ended in the 89th minute against the Houston Dynamo this weekend, and it deserves a bit of recognition — or a lot.

We break down his three goals and take a look at his assist and key passes in celebration of his achievement. 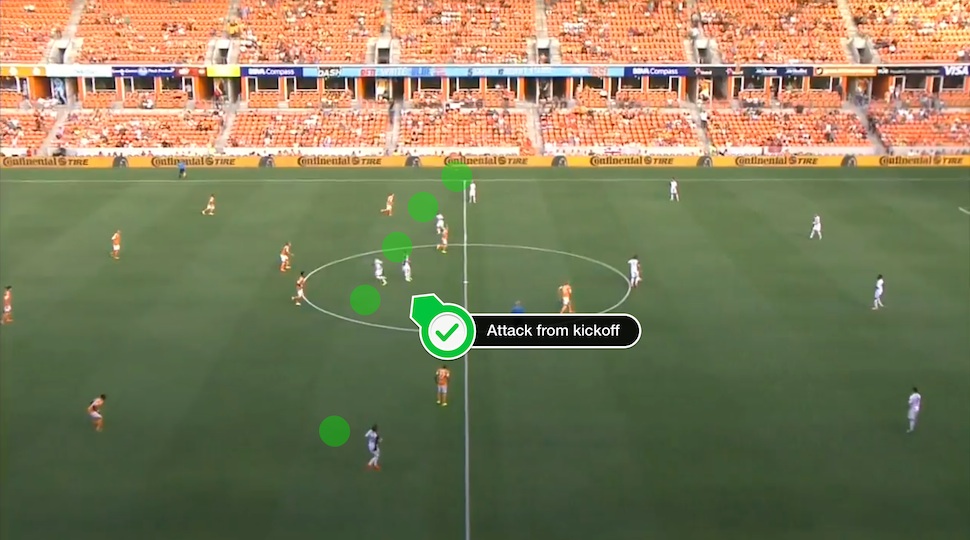 We’re attacking from the kickoff, even if it means going backward with the first pass or two. Nothing too complicated here, but it does give us a chance to see how central Javier Morales starts at kick-offs. 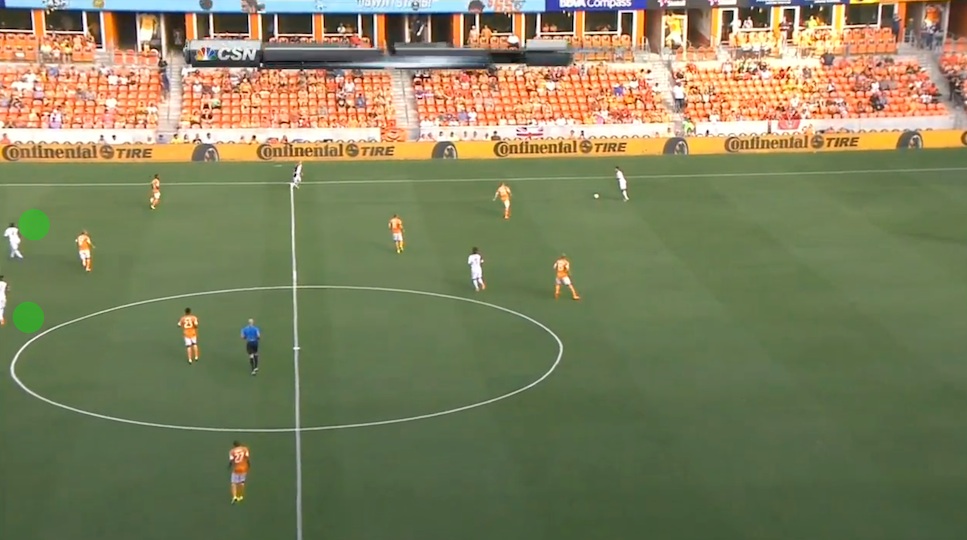 We see Tony Beltran with possession ready to send in a pass from deep. His pass might be deflected — and that’s vital for what comes next — but it worked out wonderfully. 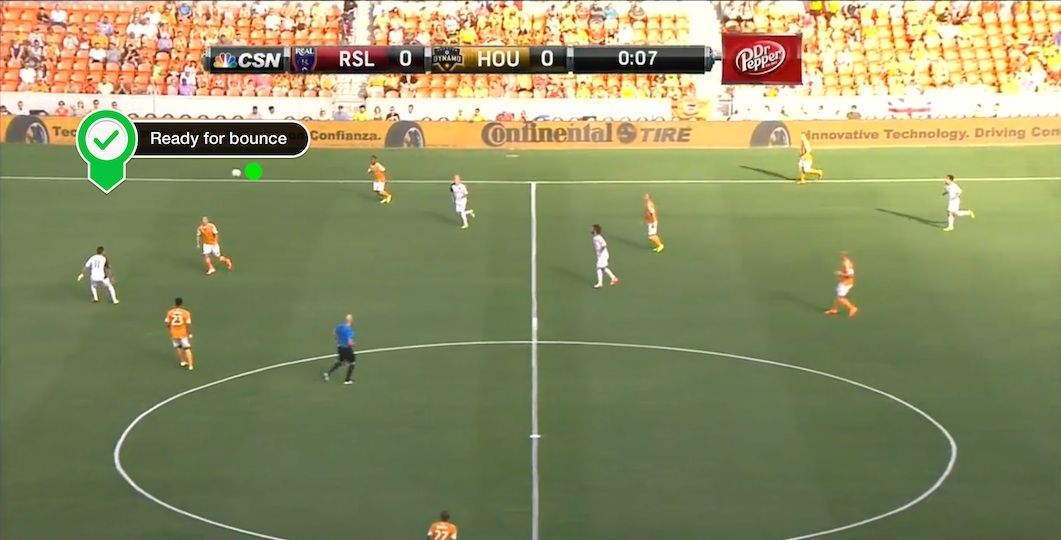 Javier Morales is alive to the deflection, but the Houston defender isn’t — in fact, they barely look alive to the fact that RSL is attacking. Morales picks up the ball in a good position and lays it off to Alvaro Saborio. 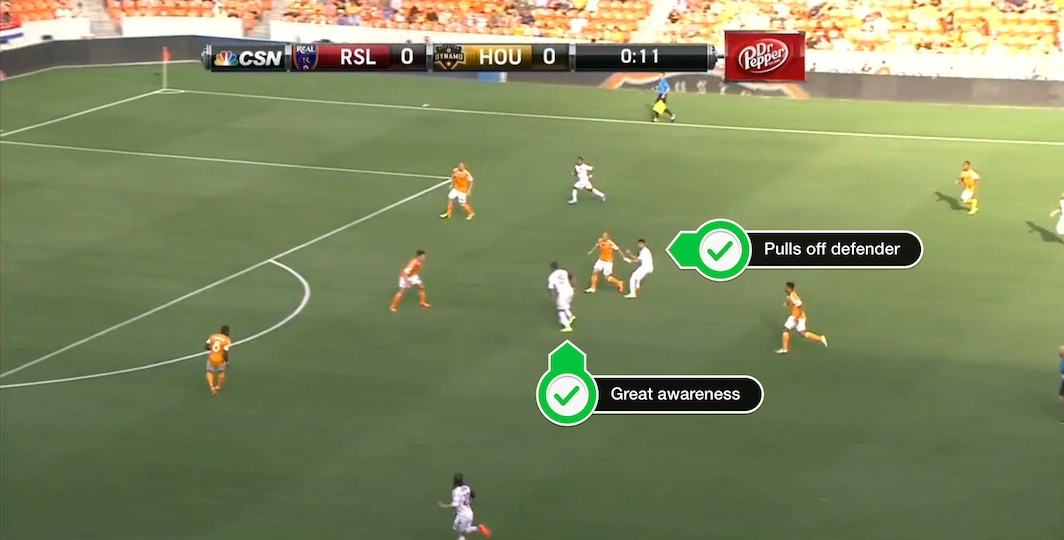 Saborio holds the ball until Morales is in a better position to receive it, and it’s Javi pulling away from his defender in conjunction with the space sago has on the ball that makes this goal possible. Somebody has to step to the striker to stop a clean shot, but that leaves the playmaker with even more time and space. 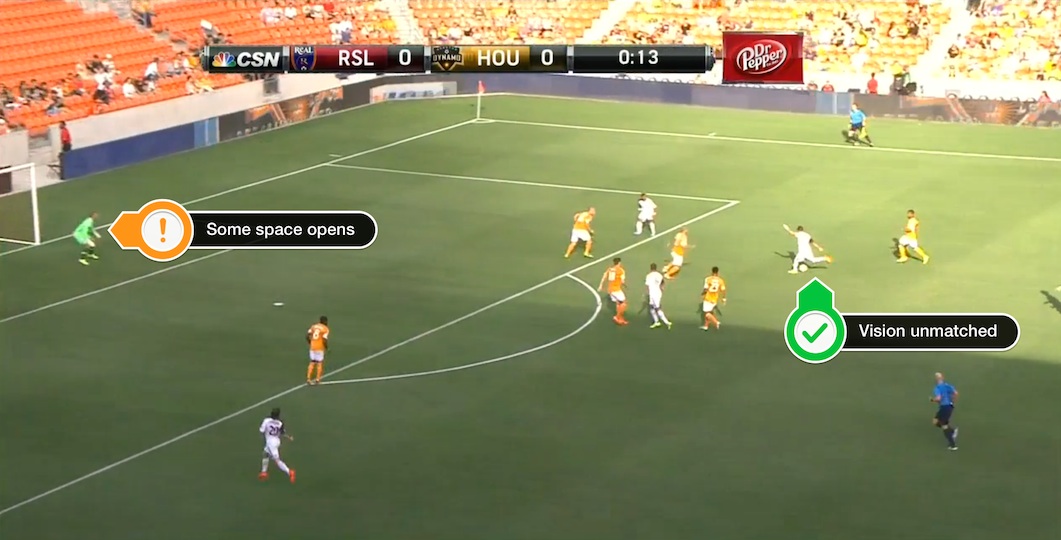 And so it is that Javier Morales scores a sumptuous chip over Tally Hall. Enjoy it. 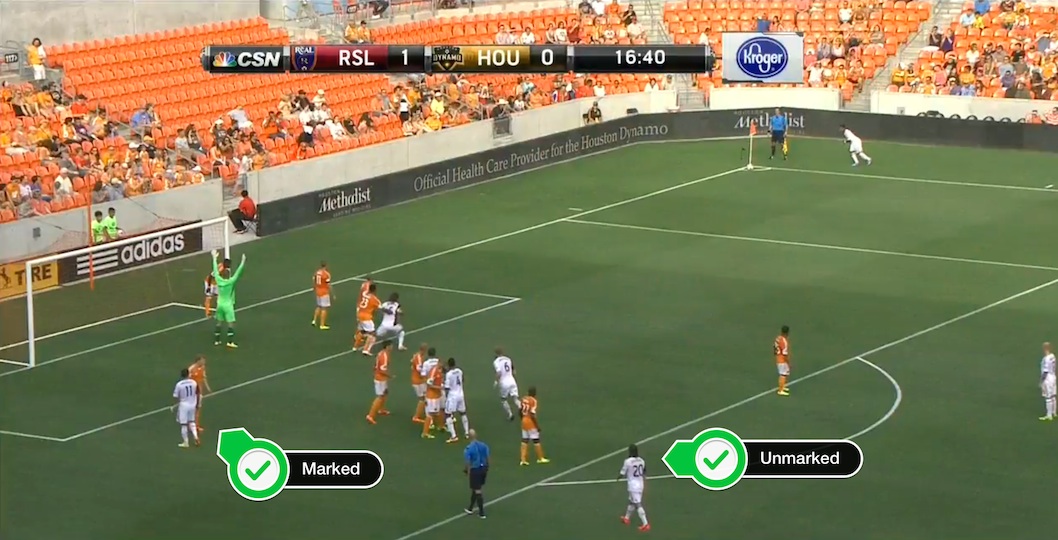 Javier Morales may start marked here, but Ned Grabavoy isn’t — not well, at least. Plata’s about to send in an outswinging corner, which will wreak havoc. 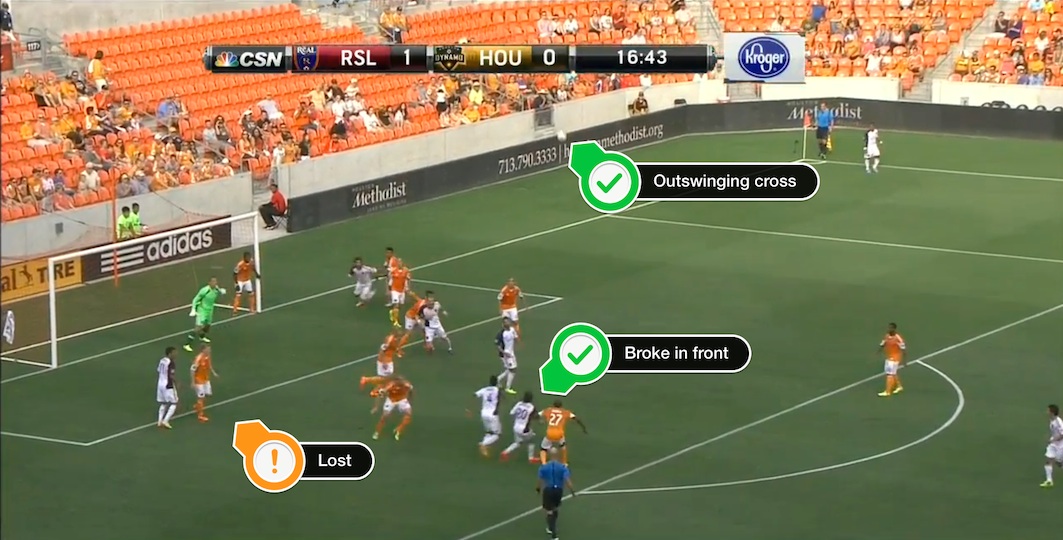 There’s that havoc. Houston rushes to attack the ball, but Oscar Boniek Garcia has already let Grabavoy in front of him. Grabavoy is the only player in a position here to attack the cross effectively. 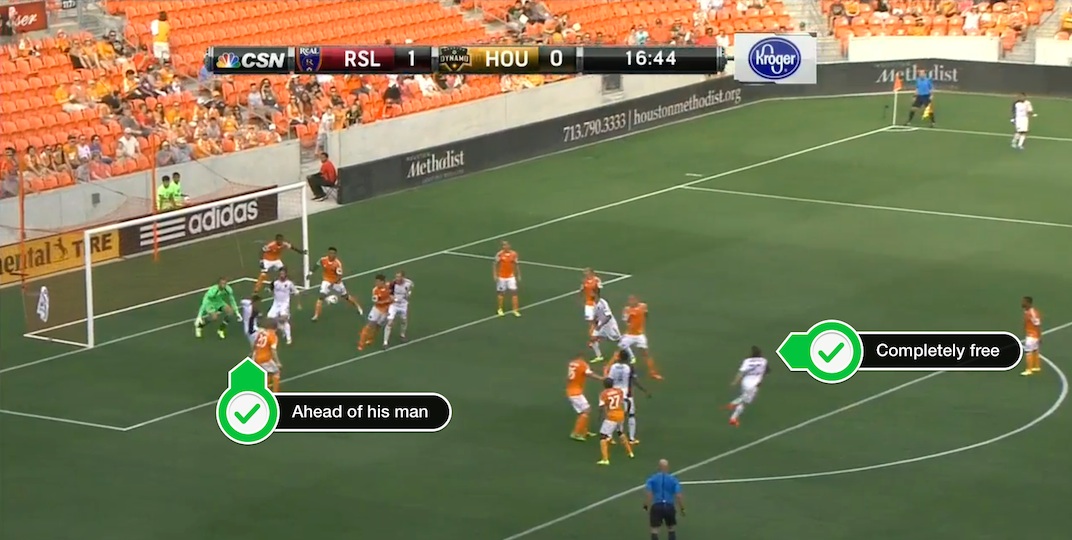 Send it into the six yard box and you’ll never know what could happen. Javier Morales gets to the ball first and finishes expertly.

We’ll start with his assist for Luke Mulholland’s late goal. It’s a perfectly weighted through ball at a vital point in the match — it sealed the win, without a doubt.

Morales had a handful of key passes through the match — he could easily have had a trio of assists to go alongside his trio of goals.