Some among us have been convinced that Joao Plata is a magic practitioner, but breaking down his goal against Colorado reveals great finishing and a Real Salt Lake team whose movement few can cope with. 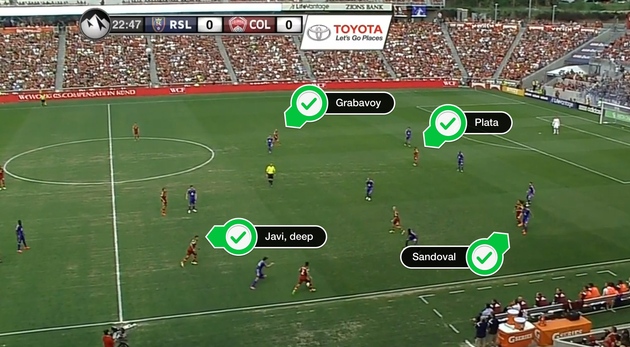 First, observe the spacing of players. Tony Beltran has two passing options, and you’d wonder which one he’d pick — Javier Morales is the safe option in attack, but Luke Mulholland could be a better choice, as it allows Morales more time to compose himself in space. He chooses Mulholland, who immediately lays the ball off to Morales. All good here, as Mulholland now has three around him; Morales has none. Crucially, Tony Beltran continues his run while this takes place. 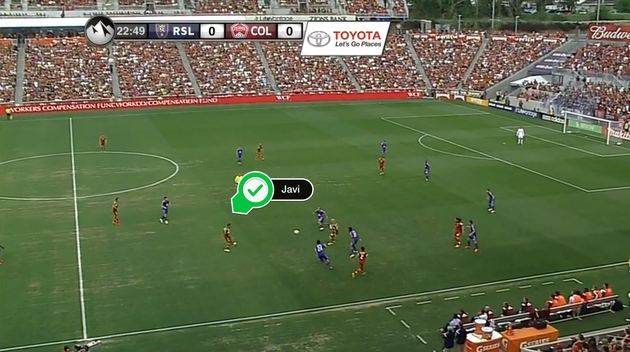 Morales receives the ball and pops it up and over the group to Devon Sandoval, It’s a spectacular-looking pass from Javi, especially because he doesn’t take time to settle the ball. When you’re Javier Morales, you don’t need silly things like “time” to compose yourself. He just sort of does it. 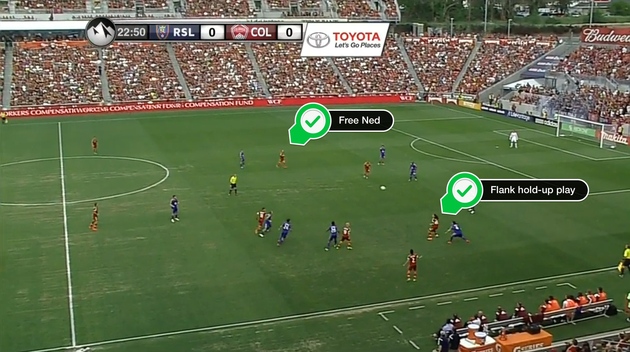 From here, Sandoval has a simple header to Tony Beltran that's taken place because of the run he’d only just started down the right flank. Also at play is Sandoval’s ability to win the ball in the air, which isn’t just something he does centrally. Stepping into wider positions to build play is essential. These passes in the course of just five seconds are the perfect example of our style of play at its best. 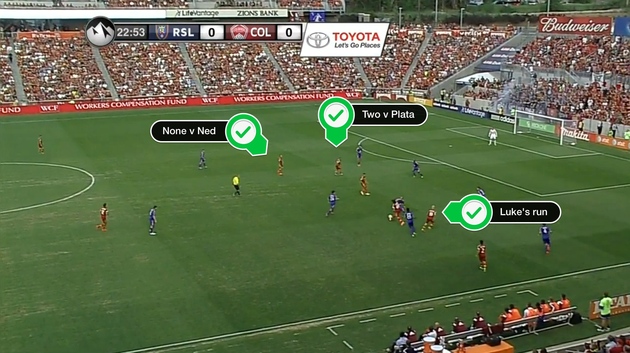 Tony Beltran plays Sandoval in, who moves backwards to retain possession before completing a difficult pass to Javier Morales, who has been rather ignored by Colorado Rapids. You’d think they’d learn, but they just haven’t. Joao Plata, you’ll see, has attracted two defenders, while Ned Grabavoy has attracted none. What happens next depends on this factor. 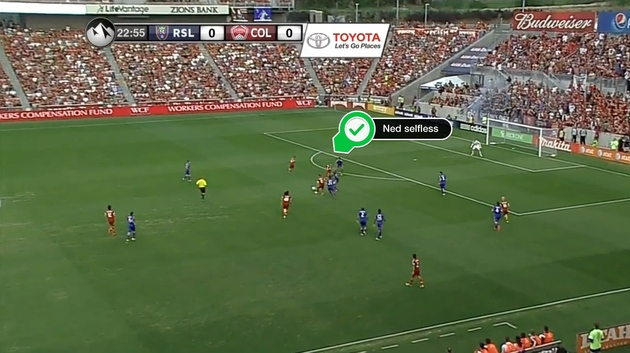 Grabavoy makes a diagonal run into the center of the box. In doing so, he cuts himself off from receiving the ball, but this is by design. He’s not looking to pick the ball up here, because he’s instead attracted those two defenders marking Plata. It was a selfless thing he did, Ned. Javier Morales hasn’t moved much from the last shot, allowing the runs to take place around him. The team is pivoting around his gravitational pull. Luke Mulholland has kept Marc Burch from getting involved, and Devon Sandoval has left two in his wake. A defender is seemingly in no-man’s-land, but it looks rather like he’s marking the impending run of Ned Grabavoy. Make that three for Ned here. 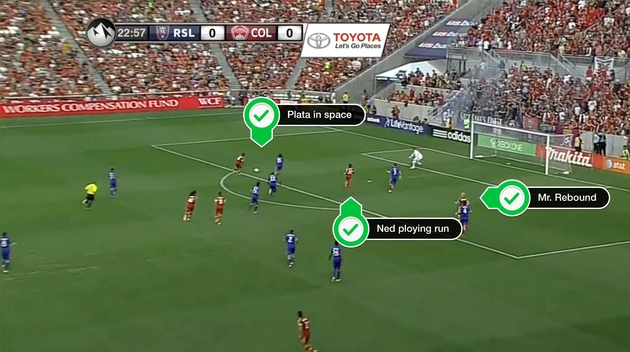 The final shot sees Joao Plata receiving the ball, catching everyone off-guard. Ned’s run continues, though the two have broken off him and are moving for Plata. Clint Irwin moves to cut out the angle, but he’s not quick or precise enough to handle a low shot from Plata. That goal is worth watching all over again.