Goal Breakdown: Chris Schuler and the two that made him MLS Player of the Week

Share All sharing options for: Goal Breakdown: Chris Schuler and the two that made him MLS Player of the Week

Chris Schuler has been named the MLS Player of the Week for last week, and given his very strong performance against DC United, this writer thinks he deserves it.

In honor of that, let's break down his two goals during Saturday's 3-0 win.

Goal one: The footer

1. The ball is headed away 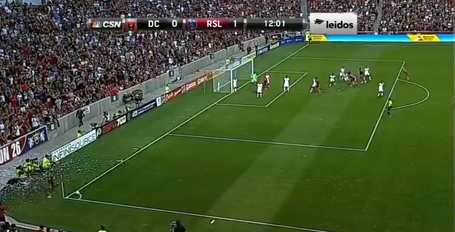 The corner initially didn't do much, with the ball being headed out to the top of the box. Importantly, though, Carlos Salcedo is there to swing the ball back across the box. The cross misses everyone except Javier Morales. 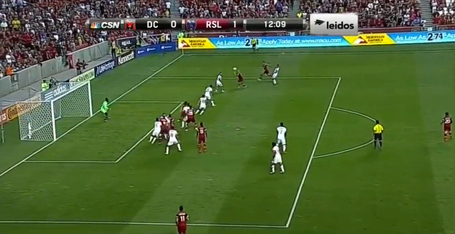 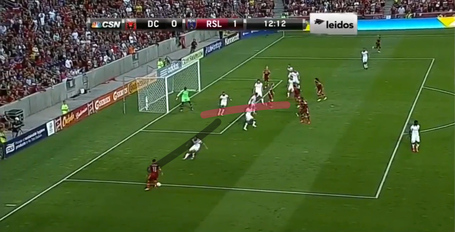 This is always fun. Javier Morales is great with these, and it's not the first time it's led to a goal. But you see here that how well Chris Schuler times his run, and you see that he's expecting a ball in from Javier Morales. Nat Borchers is the paragon of virtue here, too, as he's drawing a player away and actively pulling a defender - or two - out of the path of Schuler's run. Kyle Beckerman is gearing up for a similar run here, as is Olmes Garcia. 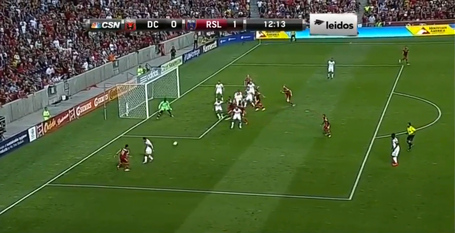 In some ways, this goal was less about the player who scored it and about the movement that produced it. Still, that shouldn't take away from the quality of Schuler to get a foot on the ball, and the quality of the run he makes.

1. The manner of winning the corner

It was a simple, hard pass inside from Ned Grabavoy and a great flick from Luke Mulholland that saw Olmes Garcia bursting down the right flank and winning the ball in a difficult position before firing in a cross that was sent out for a corner.

2. Chris Schuler, mismarked in the area 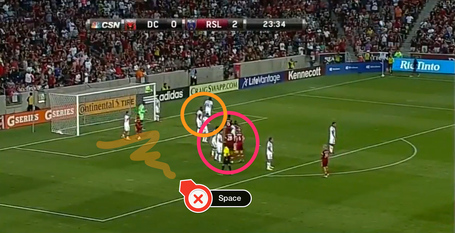 How exactly it happened is difficult to say, but the marking on Chris Schuler bordered on the criminal. Still, he started marked, and it was actually some clever movement and some bunching in the area that made his run and ensuing goal possible. 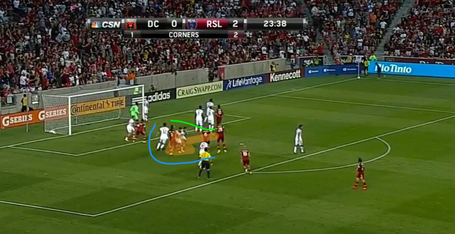 Bobby Boswell started with Schuler but tries an unwise run around the back side of the defense to try to get to the ball before Schuler. How exactly he thinks this is a good idea is difficult to say, because he's typically a stronger defender than that. Maybe he misread Schuler's run, or maybe he simply was too sure that he would get to the ball first. He doesn't, and Schuler scores with aplomb. (Schuler's run is marked in green; Boswell's in blue.) 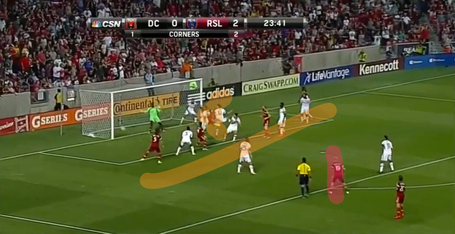 - Luke Mulholland is in a great spot for a rebound, which is a pretty common pattern with the midfielder.
- The movement toward the back post opens space for Schuler to make a strong run through the middle, with Schuler's late step to the right a decoy for the movement that actually cuts Boswell almost completely out of the equation.