Goal Breakdown: Joao Plata does it again with his head against Seattle Sounders

Share All sharing options for: Goal Breakdown: Joao Plata does it again with his head against Seattle Sounders

It seems a little routine by this point, doesn't it? Joao Plata scoring with his head was supposed to be a once-in-a-lifetime event.

Thanks to a bit of magic on Saturday against Seattle Sounders, we saw it again. The magnificence of Plata's play hasn't typically included headed goals, but it's worth noting that he's been challenging players in the air. He's playing well outside of his size.

While the goal against DC United was a clinical free header in the area, this one was a bit more difficult.

We broke down his first headed goal, and let's break down his second, too. It's a fairly simple goal and won't need much in the way of explanation, but that doesn't make it less exciting. 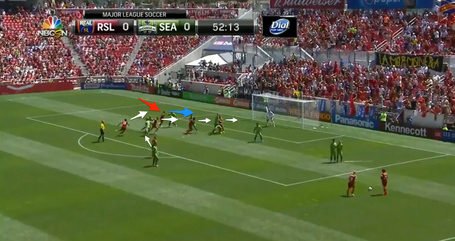 Luke Mulholland swings in a very effective cross from the set piece, aiming for the back post — always a dangerous spot to send a cross. Several RSL players — Garcia, Borchers, Beckerman — are making runs inside the box toward the center of the box. Chris Schuler darts off for a far post run, leaving Joao Plata alone in having only a little bit of movement. 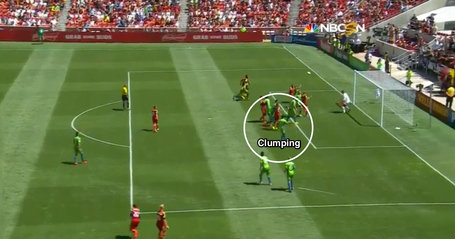 Now, this might confuse the marking a little bit, but the marking on Plata wasn't wholly bad. In fact, some might say he was well marked, and the player was between him and the goal. You wouldn't expect in most situations that this would end the way it does. But a closer look at the marking sees Plata has drifted around the marking player, giving him the space he needs to operate. The defender realizes this and attempts to leap to reach the ball, but he doesn't even get close. 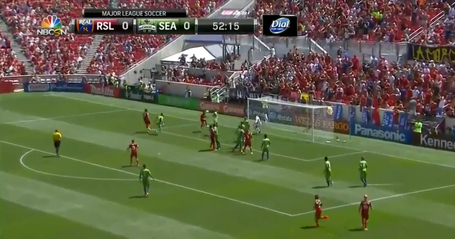 But it's still unexpected. It took a magnificent ball that floated just perfectly to the back post. It never came close enough to Stefan Frei for him to feel confident coming out to pick it out of the air, which is an ideal situation to force a goalkeeper into.

Notably, Plata's header is fantastic. It's got perfect height, and it leaves Frei with little chance to save. He might be frustrated that he conceded a goal from the shortest player in the league, but he should probably be more upset that his defense gave Plata enough room to operate that effectively.