Robbie Findley scored his first MLS goal of 2014 on Saturday, and it was a nice one. For that reason (and because it was a hugely important goal for him and for the team), we're breaking it down — it may have been a split-second finish, but there was plenty leading to it.

Play develops first because Robbie Findley's pass into Olmes Garcia is near-perfect and results in a corner. This is here mostly as a note to the doubters, really. 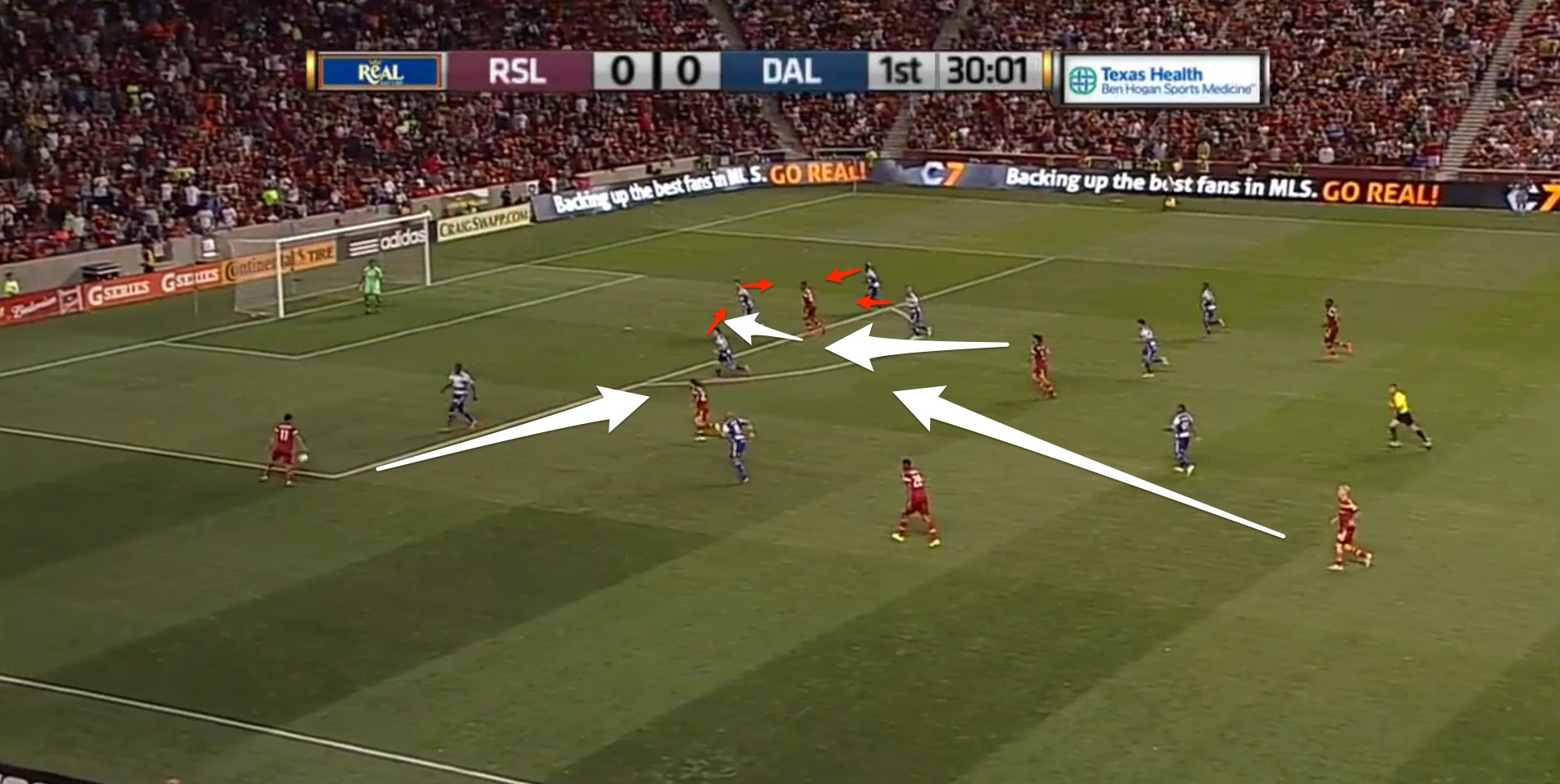 Luke Mulholland has won the ball deep in the opposition half, and you can see here he's starting pretty deep on this play. It's notable because he's essentially coming in unmarked, and that's going to play heavily once he takes his shot. Notice here how much attention Robbie Findley is garnering, too - there are four players who seem to have been at least paying some attention to his run there. Really, one or two players in better positions would suffice, but we shan't be complaining about that.

Javier Morales is going to be important here, too. Shocking, right? 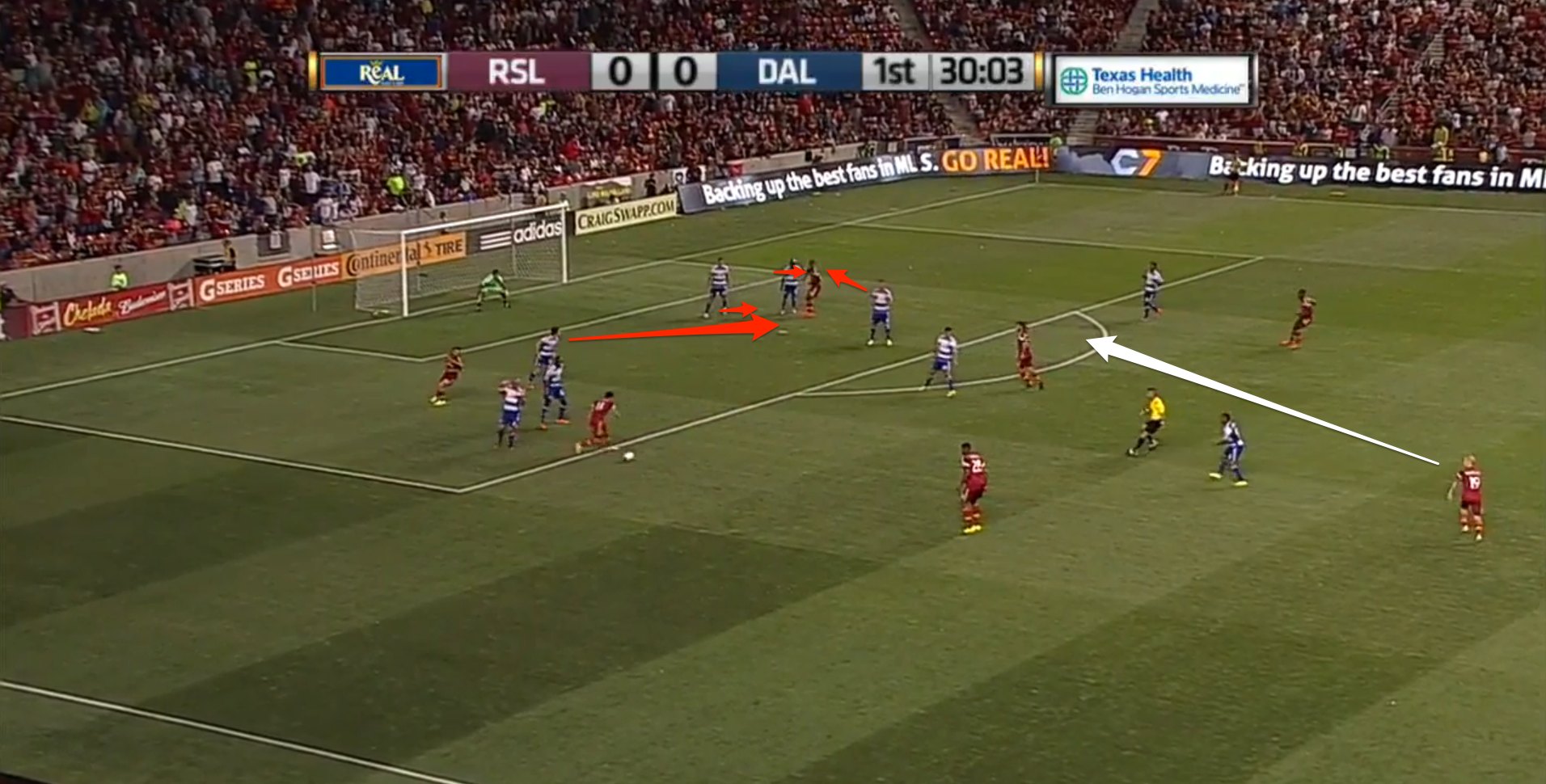 Ned Grabavoy continues his run we saw in the first screen, drawing defenders away while Javier Morales ducks under the pressure and continues holding the ball. This sort of movement is too valuable to really evaluate without more discussion, but rest assured, this sort of thing changed the play completely. Morales went from marked to unmarked with three players in his dust. Notice here, too, that Luke Mulholland has continued his run from deep. 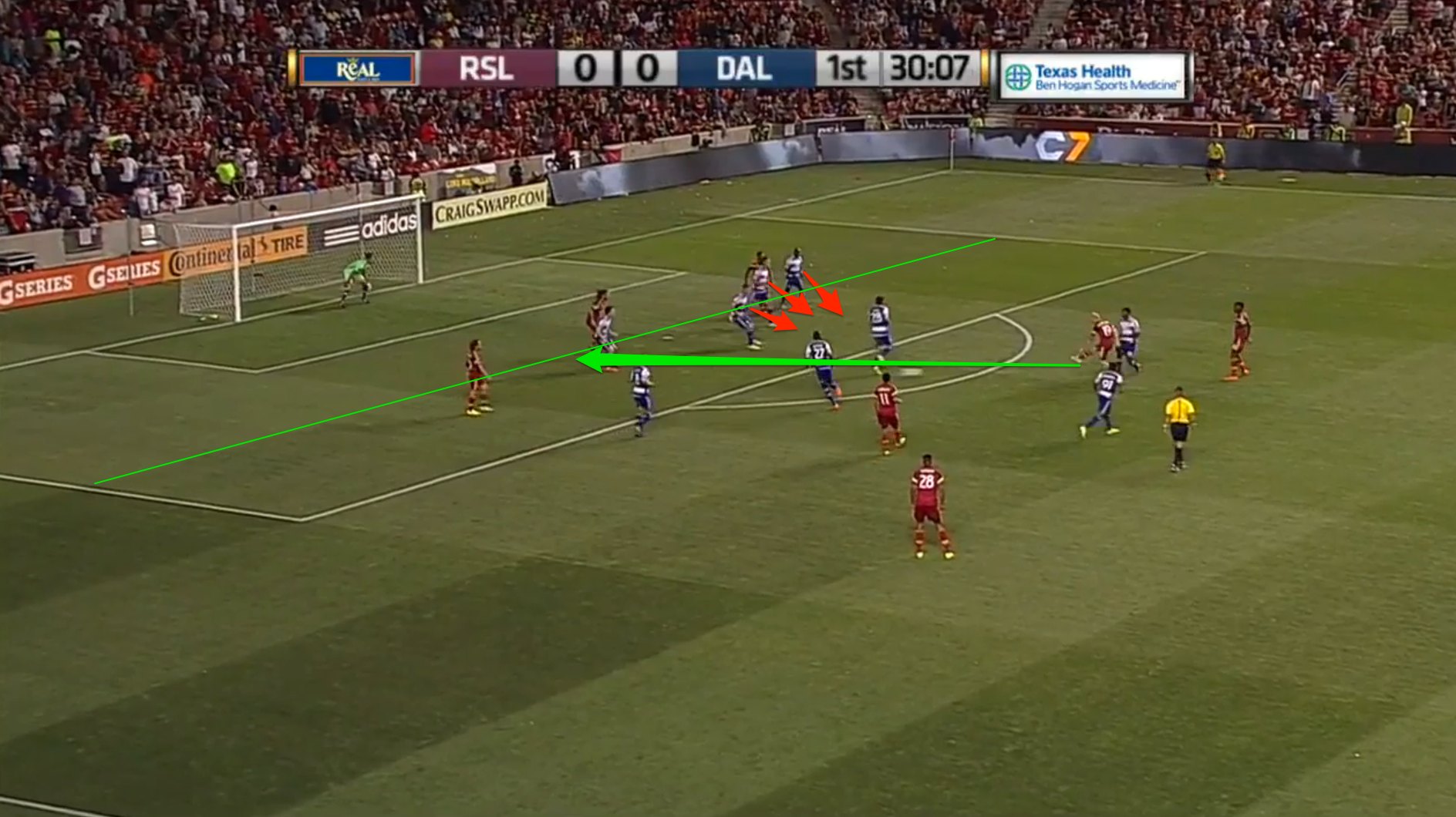 Those three players marking Robbie Findley? Well, they've just removed themselves from the play by all turning to move toward Luke Mulholland's shot. This is particularly strange, because it's way too late for them to do anything about the shot, but it's most definitely not too late to take care of a potential rebound. I mean, look at the shot trajectory - it's not great. The run from Mulholland was brilliant, his shot, well, wasn't. But because it's been hit with good pace, there's a chance it'll rebound, and rebound it does.

Note here that Findley is watching the shot, but he's about to find it's going to come right at him - to the space vacated by the three FC Dallas defenders. 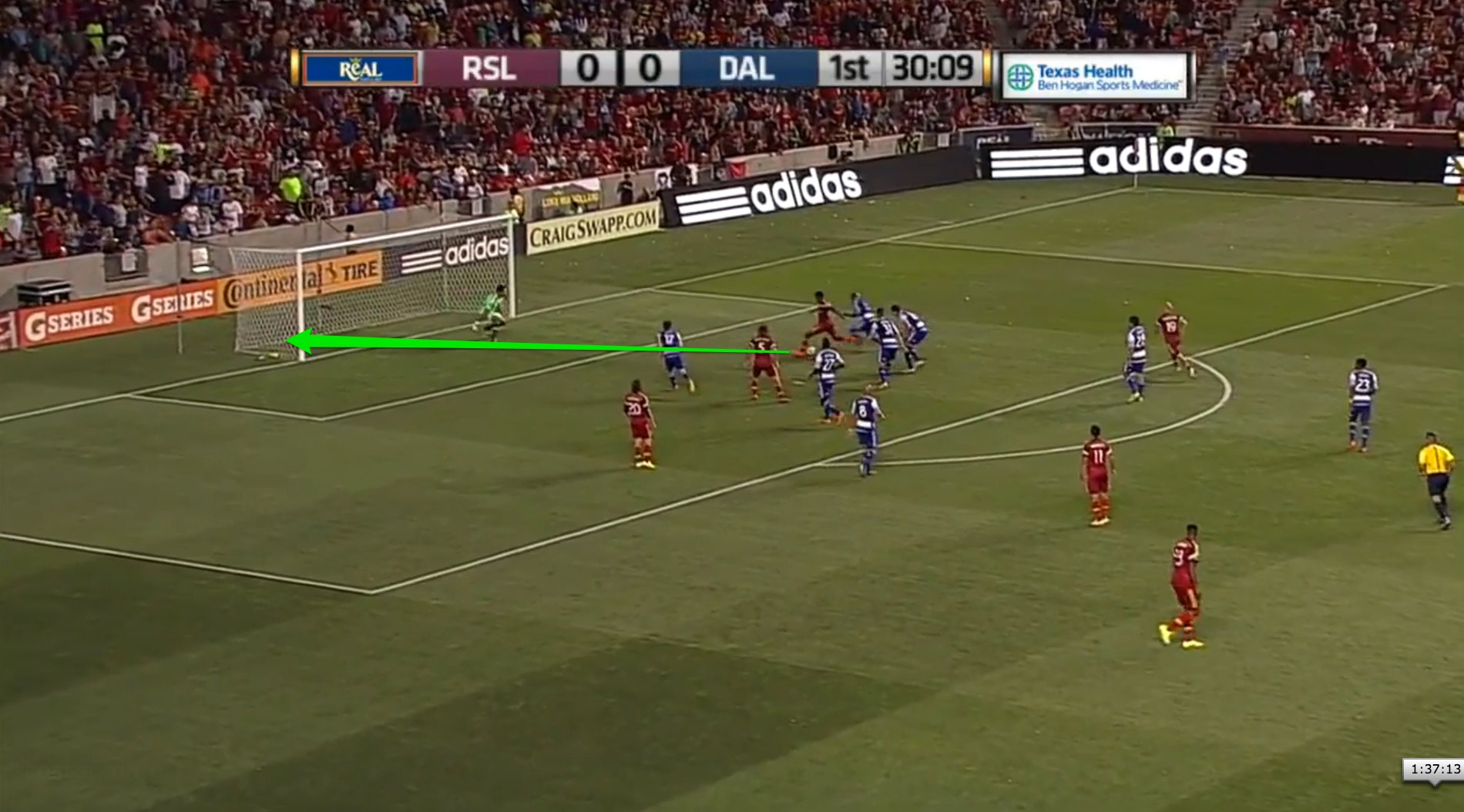 OK, maybe Findley was offside here, but it's difficult to say definitively. It would have to be looked at when the shot takes place, and the best I can offer is the marking in the previous photo - which is a split-second after the shot, judging by the position of the ball. Findley's certainly right along the line here, but let's not stress it. After all, his finish is very, very good - it's not just knocking in off him. He took a touch, then took the shot. Perfection, really. And look - Luke Mulholland's running in for a rebound, Ned Grabavoy's free inside the box, and Kyle Beckerman's not being marked too heavily, either. If there's a rebound back into the box, we've got a chance.

We didn't need that, though. It was just fantastic from the striker for his first MLS goal of the season.