Real Salt Lake announced season ticket prices for 2015 today, and there has been a bit of an increase across the board, with the lowest tier increasing $40 and the highest nearly doubling.

Included below are the prices by tier — it's interesting to note how significant the increase in tiers has been since 2011. The 'standard' tier that encapsulates all of the south end of the stadium was $350 a ticket in 2011 and has increased only 11 percent since then.

And here are average costs per game, with 17 home games per season and an additional three-game allotment (in the past this has been US Open Cup and playoffs, but includes two friendlies this year.) 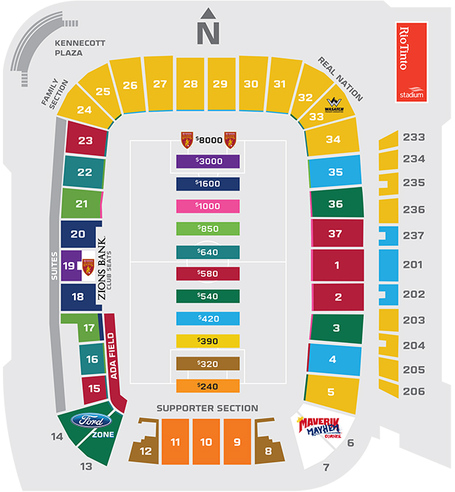 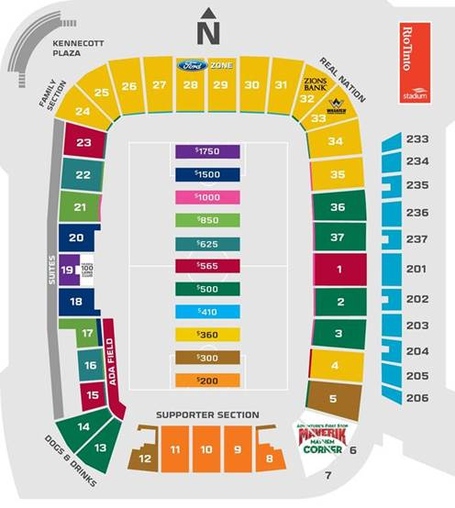