Real Salt Lake in USL Pro continues apace, with the Utah State Fairpark Board of Directors approving plans for a stadium built and financed by the club.

Spencer Hall, KSL news director and a reliable source for plenty of things, broke the news today on Twitter.

Reliable sources being what they are, we can now start making real plans for watching the team there come 2016, as per earlier estimates. Until then, they're set to play at Rio Tinto Stadium, as previously reported here.

What you need to know about RSL in USL Pro

As more information trickles down, we'll be sure it gets to you. Until then, let's just celebrate a little. Soccer is great, but more is better.

And hey, here's a rendering from the press release. 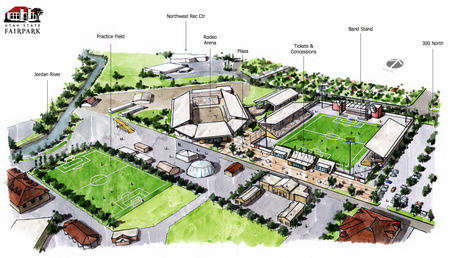