Real Salt Lake's build-up play has been consistently good this season, but Joao Plata's opener in RSL's 5-1 demolition of Colorado Rapids featured some of the best we've seen. 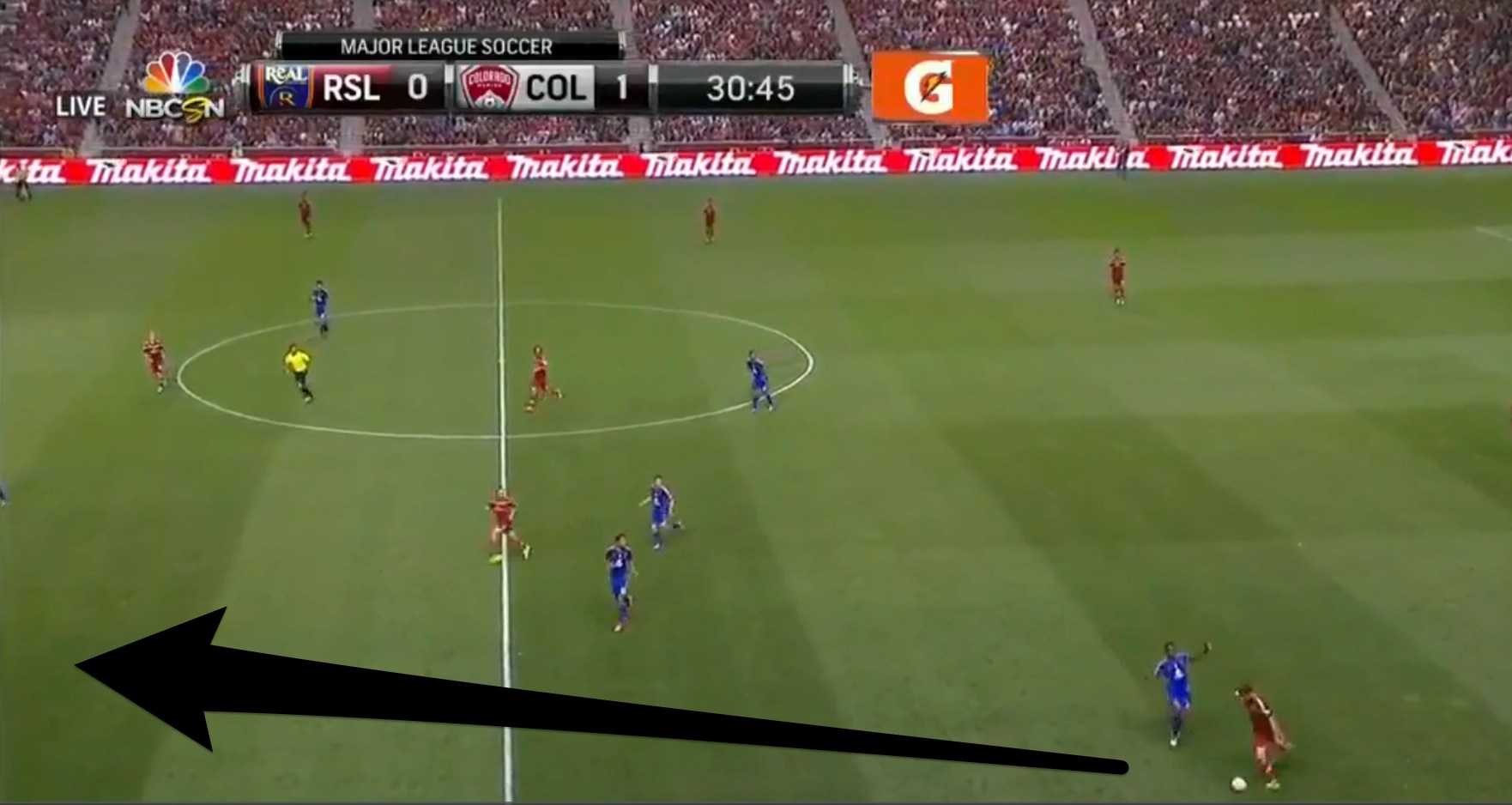 It all started with a somewhat routine lob from Chris Wingert down the left flank. It's a low probability pass, but it was clearly a targeted one, aiming to put the ball in the area between Colorado's right back and the end line. The narrowness of the center backs allows this - otherwise it would be a fairly easy pick up for a center back in a wider position. Whatever the case, it's clear that Colorado wasn't well prepared for a pass into this area. 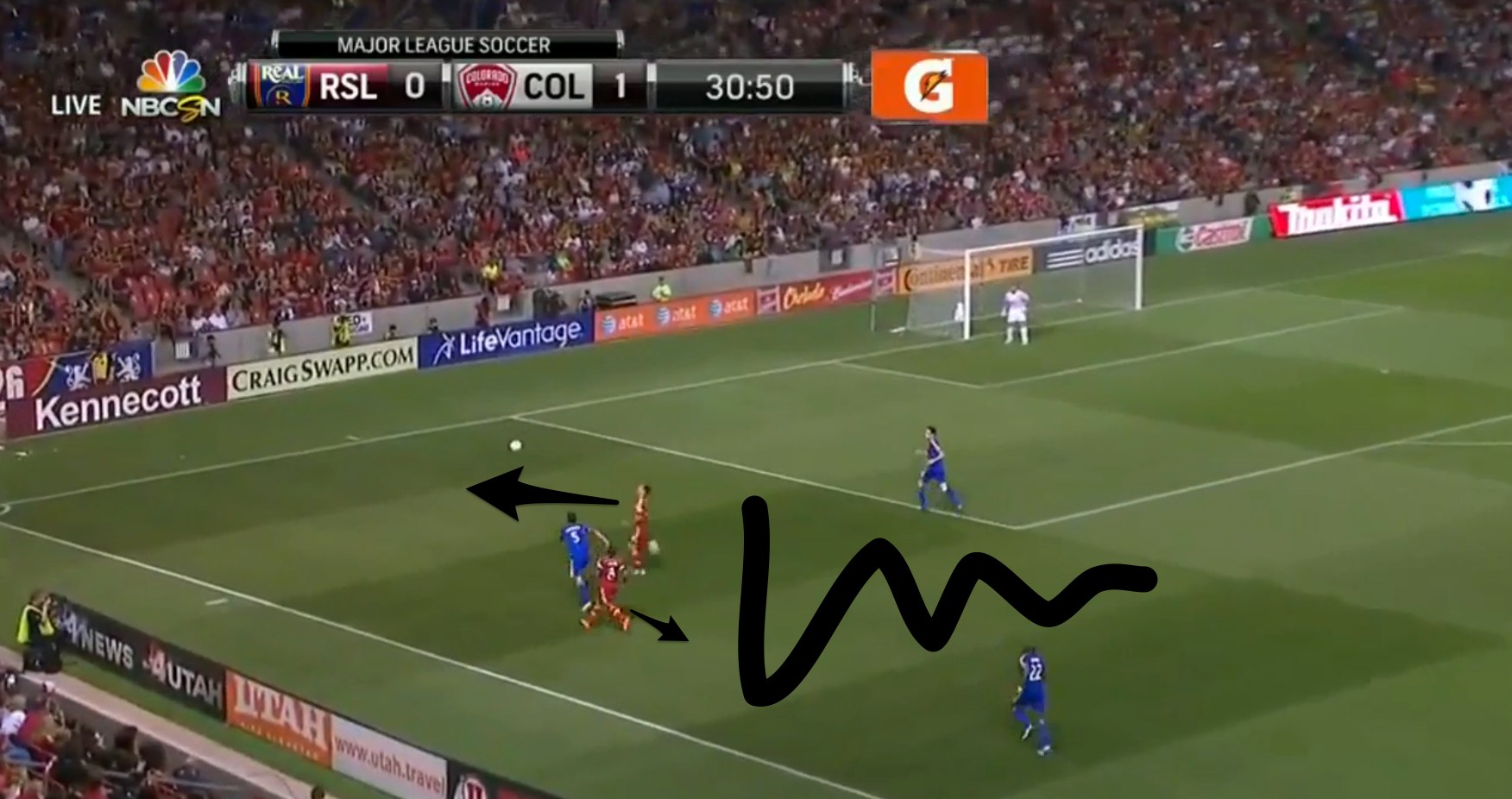 Sebastian Jaime has smartly read the pass with a great run out left alongside Plata. We'll see here that there is plenty of space for Plata to move into, and that's going to be vital very shortly. A bit of good control from Jaime takes him out toward the flank, and good decision-making sees him drop the ball to Plata. 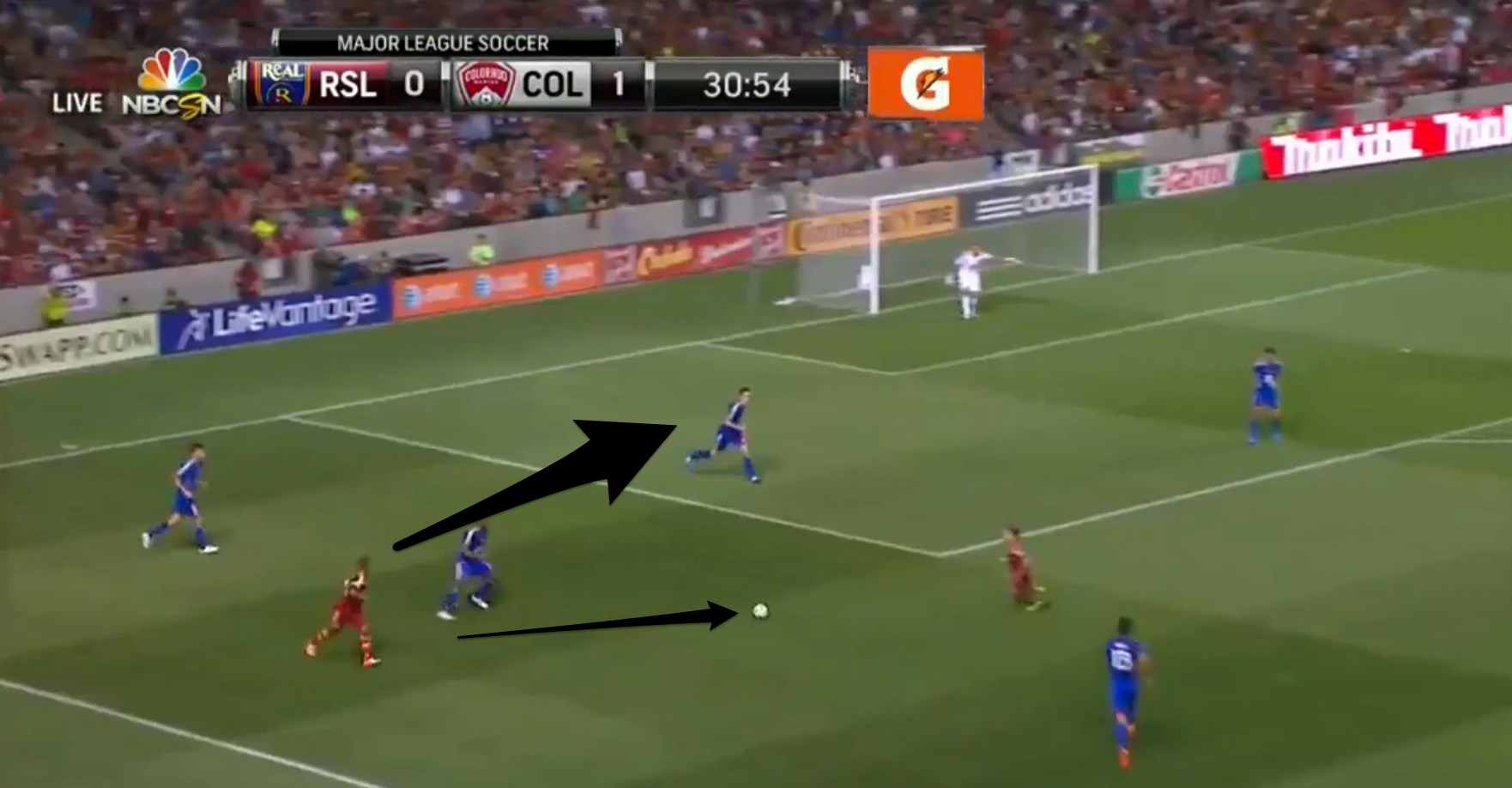 Plata spots Ned Grabavoy and plays him in more centrally. He's in a good position but not a goalscoring one, which provides less impetus for defenders to drop their marks and focus on him. This is important, too. Plata's about to continue his run, but Grabavoy's going to further disrupt play by pushing the ball to Plata, who drops it to Wingert before returning to his run. 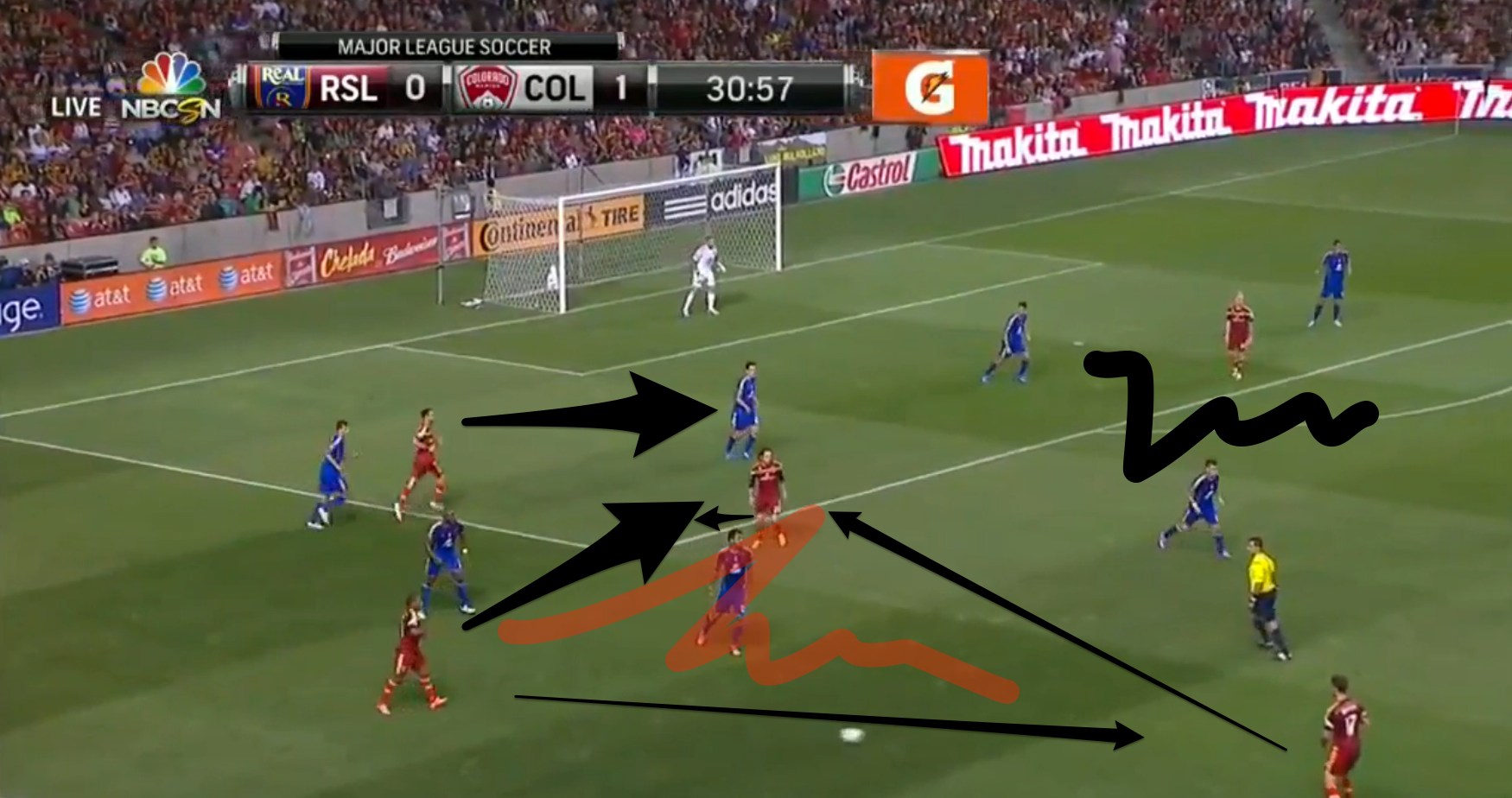 Wingert's on the ball, and what do we have here? A classic triangle in the attack. Wingert sees Grabavoy as an easy passing option, and he's both that and the right one. Grabavoy's prepared to continue forcing play wide, and with Joao Plata coming into consideration, he's got a clear option to do so. He also has Sebastian Jaime making a lateral run, and that's opening even more space for Plata.

Plata spots the space, and Grabavoy exercises a bit of magic to simply roll the ball behind him and into the path of Plata. Once he's goalside of Colorado's Marvel Wynne, he's going to stay there. Colorado's looking to push Grabavoy away from goal, but the intelligence and concomitant control of his play put him in the strongest possible position for this play. 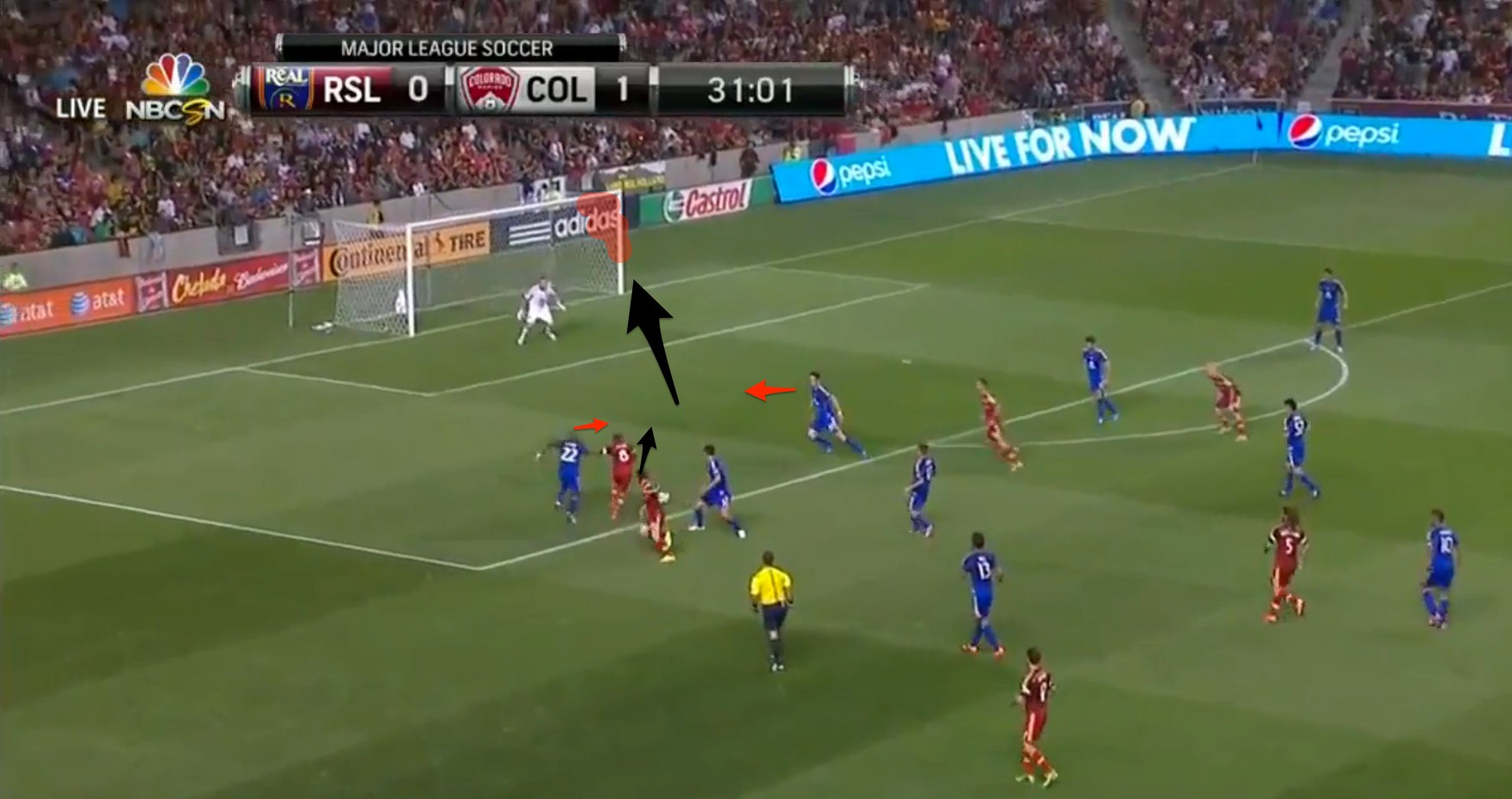 Plata's run continues, and his finish is simply sublime.