Alvaro Saborio scored a goal with his first touch on Saturday, but the movement that led up to it was just as meaningful. We break down his game-winning goal.

It's a fine run that sees Olmes Garcia win the corner after Javier Morales nearly plays him in on goal - it's a point that illustrates that not every dangerous moment from a striker involves scoring or shooting, and not pass is important because it ends in one of those. 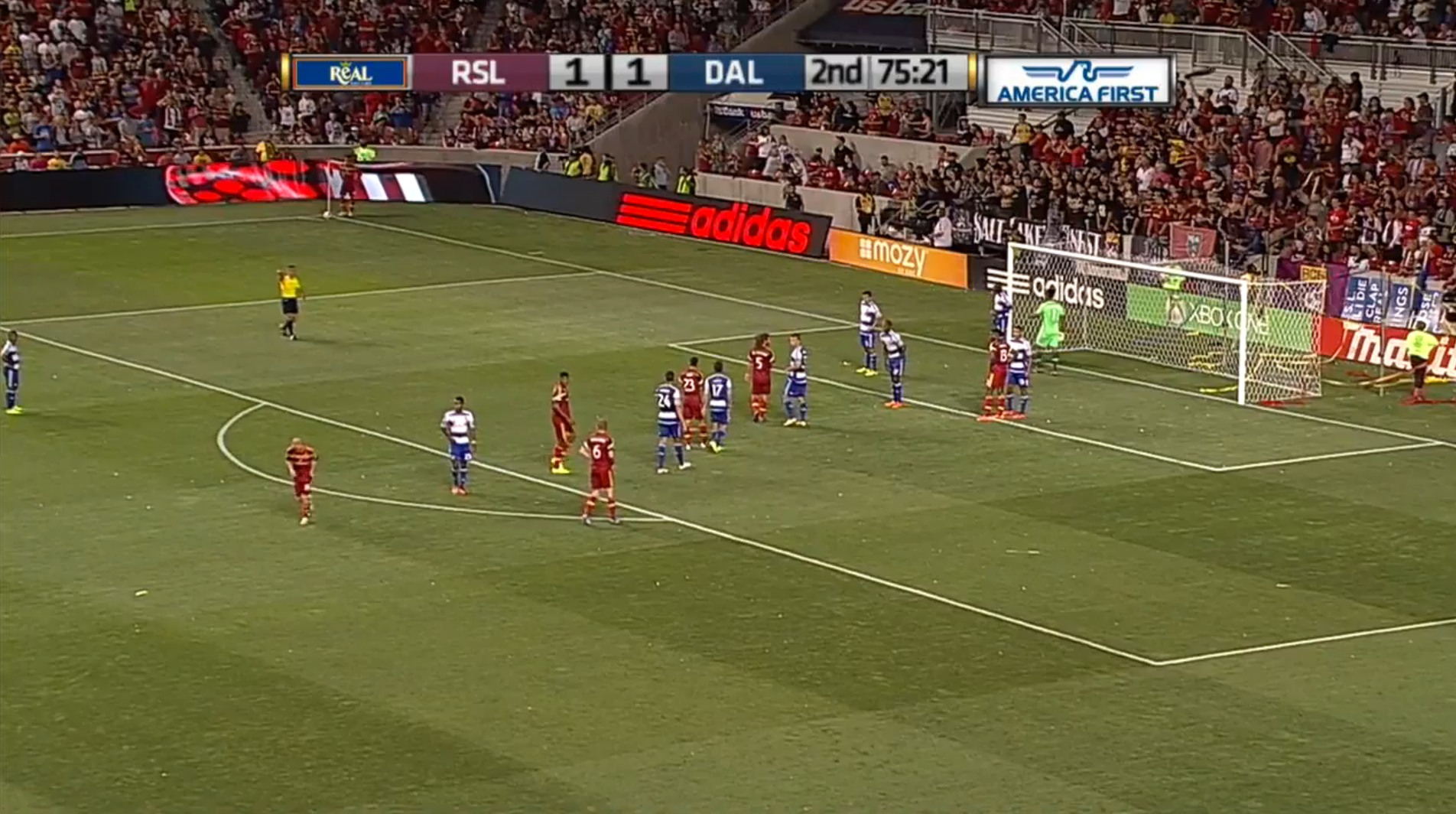 Before the corner, marking is nearly set. FC Dallas has an interesting marking strategy here - a diamond near the near post. We've got a line of players - in fact, it's basically a vertical line leading away from goal. This is actually an important factor. Olmes Garcia is marked, but he's about to come off. 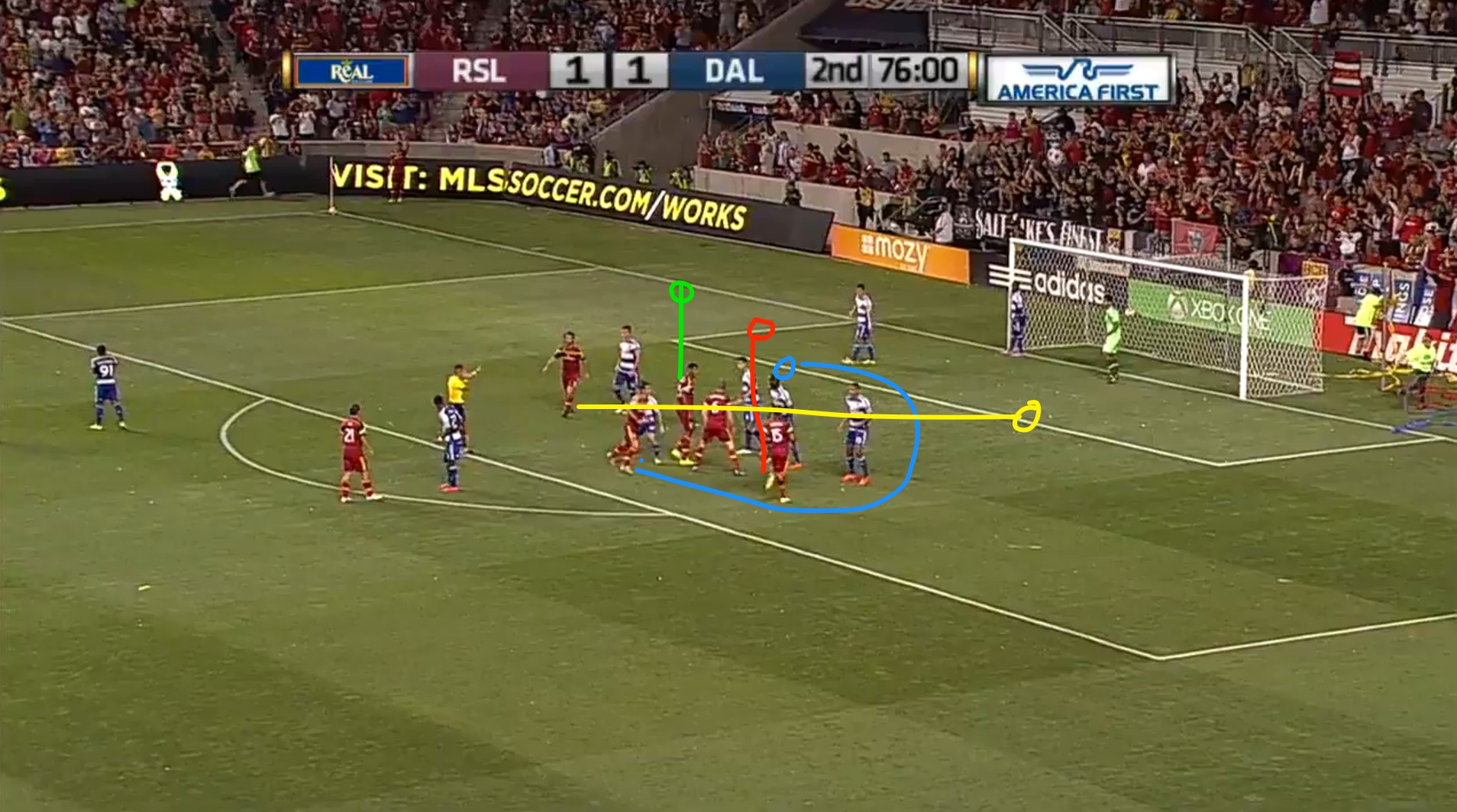 The marking here is fine, but it's the movement that's going to make a difference. Kyle Beckerman and Alvaro Saborio is going to switch sides, while Chris Schuler makes a run from the center to the left. Nat Borchers is basically the one pushing forward without darting off in a direction, and that's as important as anything. Additionally, Sebastian Jaime is making a looping run that confuses his marker. 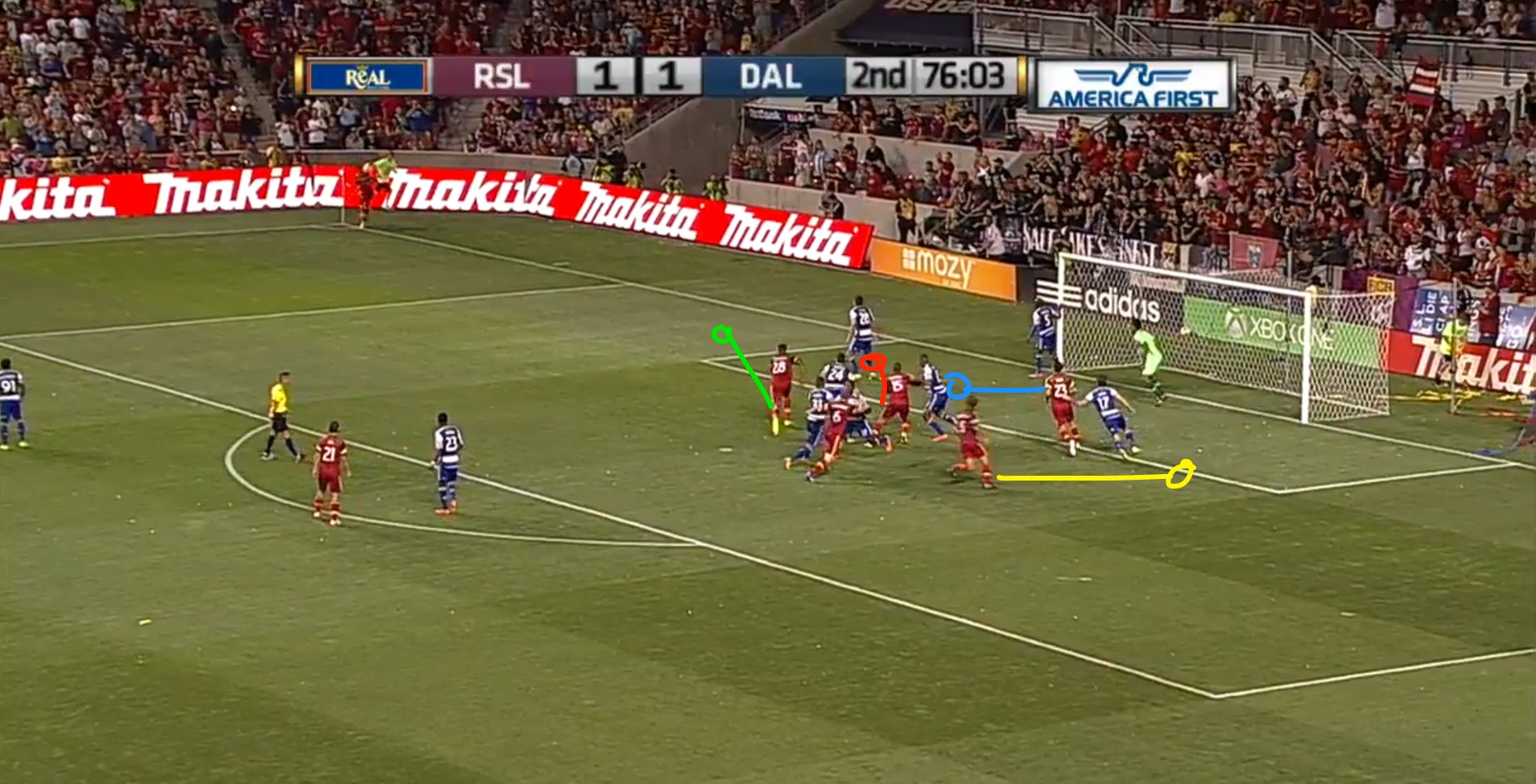 The ball's been sent into the area, and the movement really gets going here. Saborio sees where Javier Morales is sending the ball, while Beckerman's gearing up for a far-post finish and Schuler's moving for a near-post finish. Both of these actions disrupt the marking, particularly as FC Dallas is set up to defend a low, driven cross, not a high, looping cross. 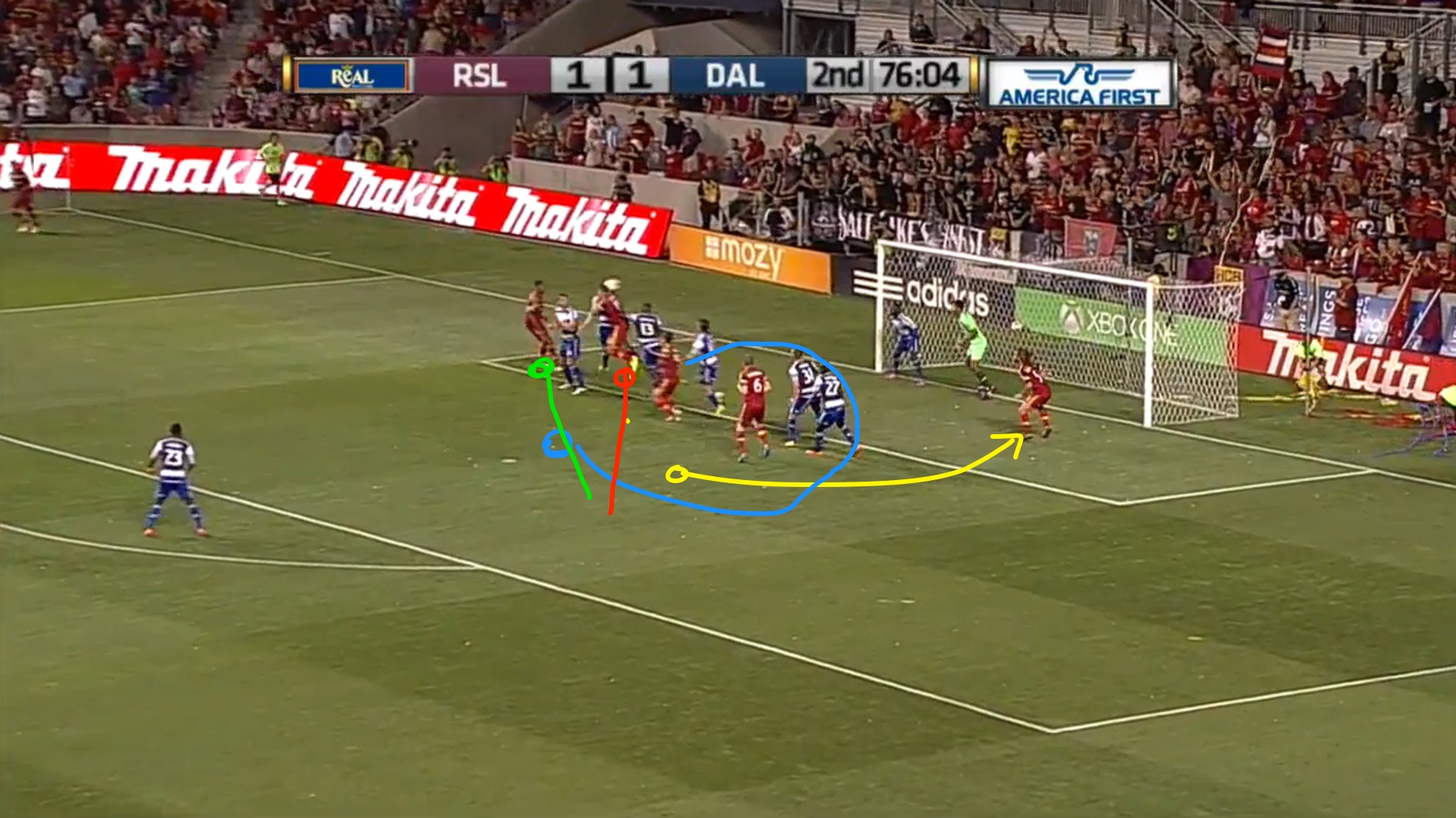 Saborio scores a goal, but if there's a rebound, Beckerman's right there. The quality of the finish is sublime, but it's a goal built through more than just blind luck. It's an example of Real Salt Lake's improvement on set pieces, and it's sure nice to see.