Breaking Down the Breakdown: How RSL conceded from a throw-in

Wondering just how Real Salt Lake managed to concede from a throw-in against Philadelphia Union? We're taking a stab at breaking down the goal.

Share All sharing options for: Breaking Down the Breakdown: How RSL conceded from a throw-in

As we look at Real Salt Lake's conceding a goal, we get a chance to see some pretty substantial problems in communication and organization. They are, of course, fixable problems, but I don't necessarily know how to fix them.

Take a look at our graphic below. We'll talk about it afterward. 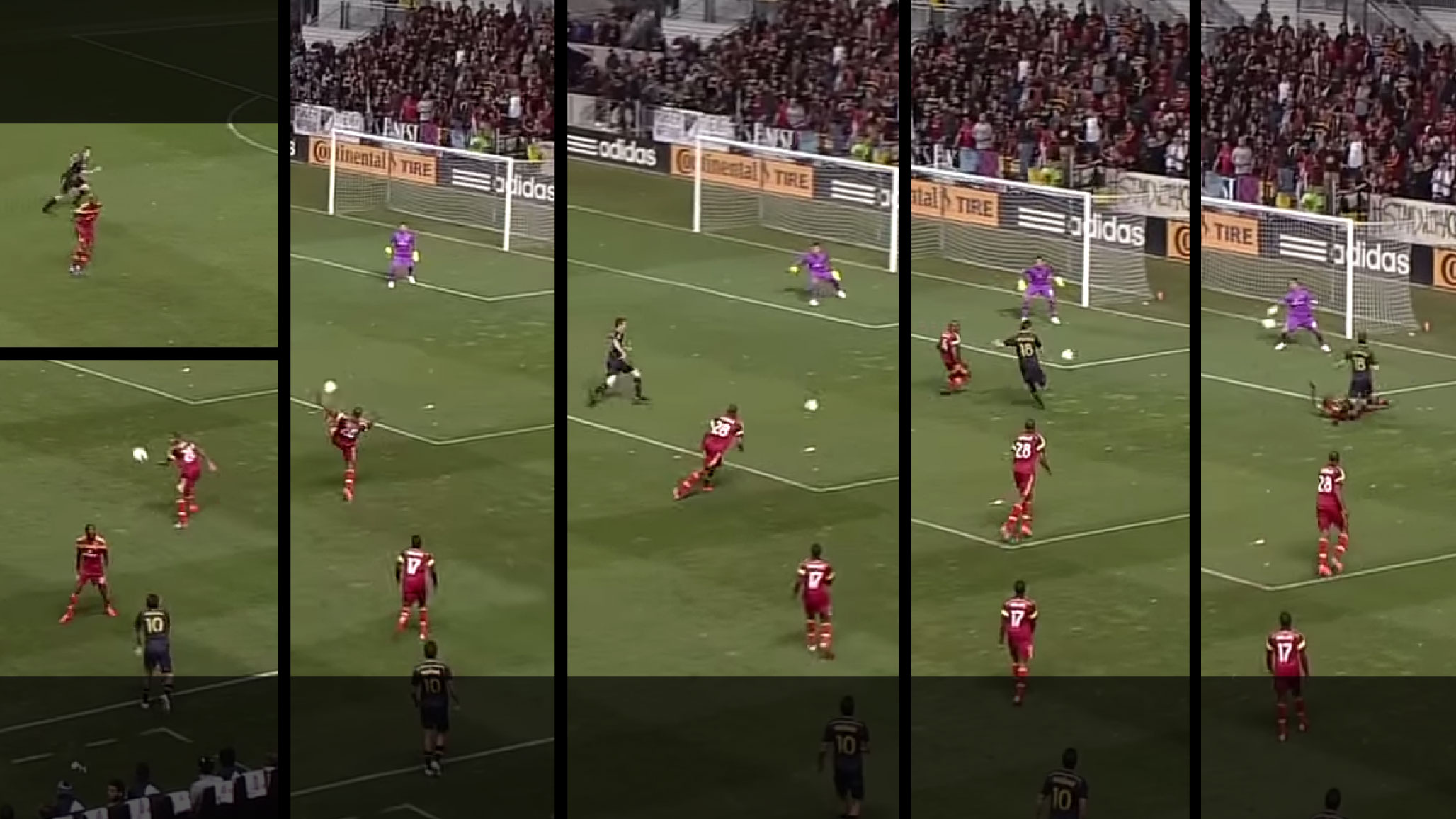 for any touch at all.

His touch takes the

ball right into the path.

to close off the 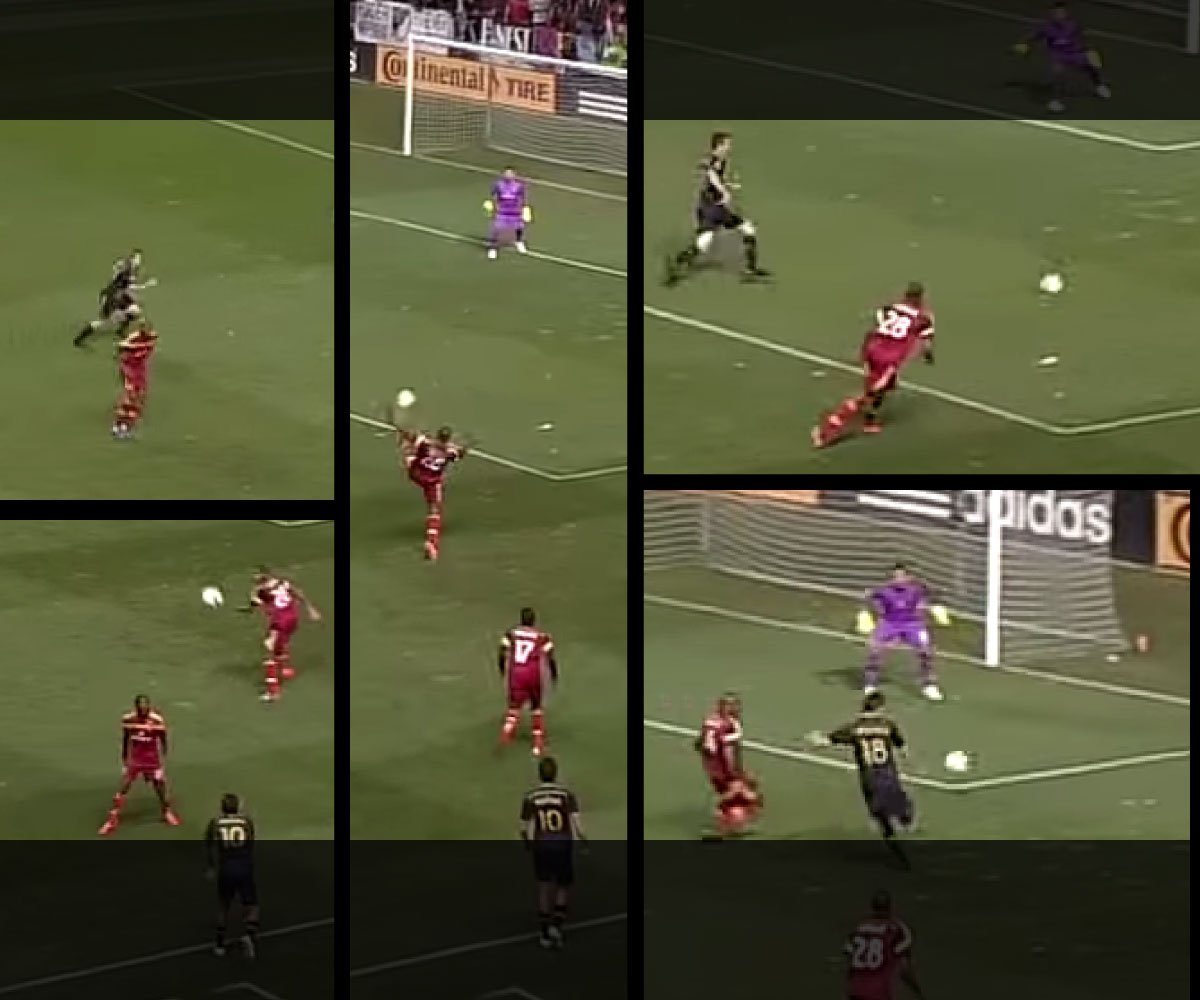 into the path of Aristeguieta

he tries to clear.

Olave arrives too late to make

a difference. Rimando is forced

to leave too much space. 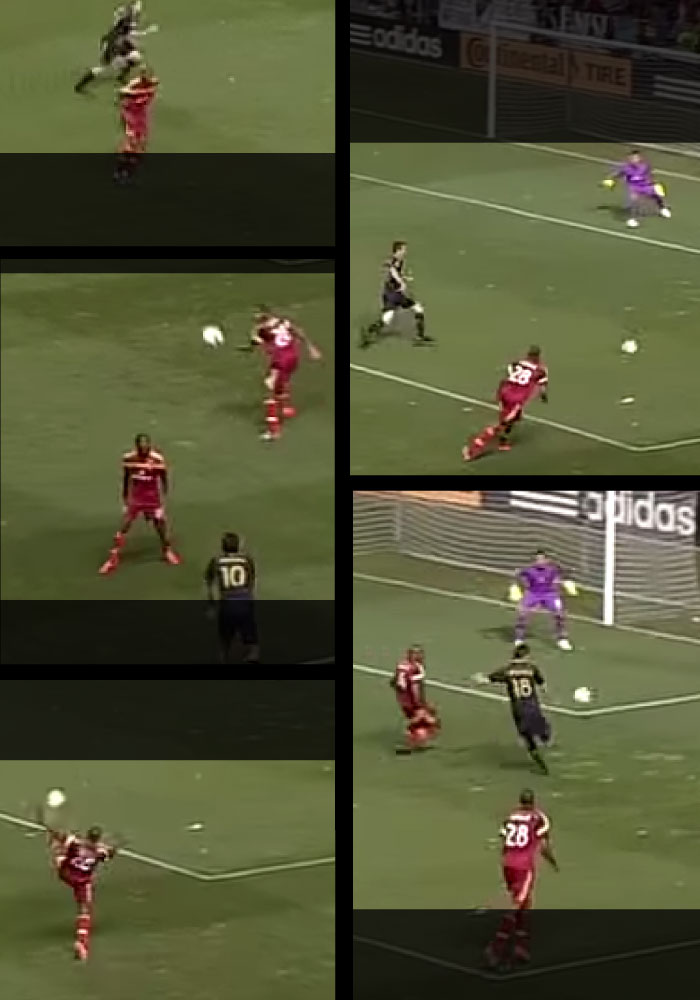 the ball into the path

to make a difference.

One thing you'll notice immediately is that Jamison Olave had lost his concentration only very momentarily, but it was enough time for Aristeguieta to make a breaking diagonal run. You'll see, too, that Chris Schuler has recognized that fact — this should be reassuring, even if the outcome was decidedly negative.

You'll also notice that there was some difficulty with the marking of the throw-in before that fact. While it's a little distressing that the throw-in was illegal, it's not like that sort of throw is impossible legally. Instead, we should be wondering how to adjust to avoid getting caught in transition there. Perhaps Demar Phillips or Chris Schuler should have dropped into a deeper position rather than challenging so near the ball — an easy clearance could have been had otherwise.

Regardless, it's not about individual blame — it's about concentration and organization from everyone at the time. There are easy steps that can be taken to correct that.