Movsisyan's journey back to RSL takes him through Denmark, Russia

Yura Movsisyan's journey has taken him from the sunny suburbs of Los Angeles to the bitter cold of Russia, and with his return to Real Salt Lake we cannot help but consider what the future holds for the prolific striker.

Share All sharing options for: Movsisyan's journey back to RSL takes him through Denmark, Russia

The prolonged return of Yura Movsisyan to the Claret-and-Cobalt came to a conclusion today when the Armenian national completed a transfer from Spartak Moscow today. He returns to Real Salt Lake loan with the option to buy.

After playing for Randers FC and FC Krasnodar, Movsisyan signed the most expensive contract extension with Spartak to keep him there until the 2019 season. Reportedly earning 1.5 million Euros a year, he had a falling out with the new coaching staff and was transfer listed last summer. His return to MLS seemed all but certain until the rumor mill cooled down and the Spartak negotiations froze.

A RSL fan favorite, Movsisyan scored 15 goals in 53 appearances for the Claret-and-Cobalt. He was also responsible for helping RSL lift the 2009 MLS Cup. The ever opportunistic striker, Movsisyan scored RSL’s first ever MLS postseason goal and continued his goal scoring form throughout his time at the Wasatch Front. In 2009, and with his contract expiring, RSL extending him an extension offer that he turned down in favor of a move to Randers FC in Denmark. While RSL missed out on the opportunity of having Movsisyan return in 2010, the club retained his rights if he was ever to return to MLS.

Movsisyan made his debut for Randers FC on March 7, 2010. Despite only playing in the second half of the European season, he maintained his impressive form by scoring seven goals in 13 appearances. He established himself as a scoring powerhouse while in Denmark, even saving Randers from relegation. His performance led Ukrainian side Dynamo Kyiv and Russian side Rubin Kazan to begin negotiations for his services.

In the end, however, it was another Russian side, FC Krasnodar, who secured his services for €2.5 million. After struggling with a nagging injury early in his first season on Russian soil, the Los Angeles native became a major producer year again netting 14 goals. At the end of his first season, Movsisyan was touted as the Most Valuable Player on Krasnodar, and even named to the top 10 best foreign players in the Russian league. His continued goal-scoring form linked him with various clubs and he finalized his transfer to Spartak Moscow for a reported €7.5 million fee. 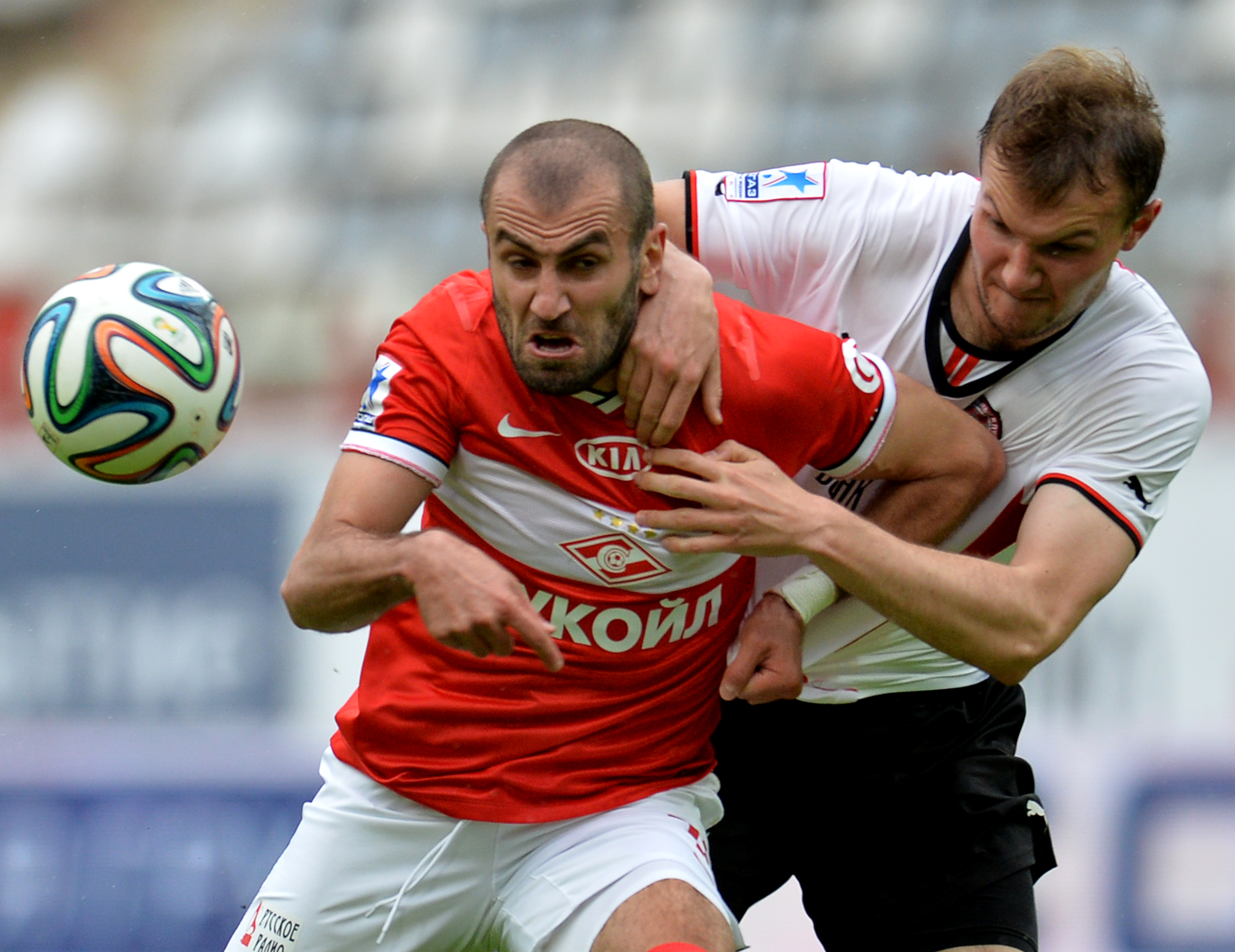 While in Moscow, Movsisyan made 62 appearances and scored 25 goals. Under Russian manager Valeri Karpin and caretaker Dmitri Gunko, he excelled and became the lynchpin for Spartak’s attack. During this time both Premier League and German Bundesliga clubs perused Movsisyan but to no avail. After club fortune turned in 2015, he had a falling out with new manager Dmitri Alenichev who decided to transfer list him.

It was during this time that rumors of Movsisyan’s return to the Claret-and-Cobalt surfaced. As fortune would have it, Movsisyan did not return during the summer months and instead continued to sit on the bench in Moscow.

Early in December, the rumor mill began to heat up yet again concerning Movsisyan who was linked to Galatasaray FC in Turkey. Spartak apparently agreed to the transfer but the Armenian national personally turned down the offer. Armenpress reports that he refused to go to Galatasaray on the account of Turkey-Armenian international relations – for those of you who may not know, Armenia and Turkey have been at odds since the end of the First World War when the Ottoman government (in present-day Turkey) allegedly commited the genocide of 1.5 million Armenians.

Finally, Yura Movsisyan has returned to Salt Lake with the reputation of clinical finisher after scoring 60 goals in Europe across all competitions. His strong physique has also enabled him to cope with physicality similar to that of MLS in the Russian league. In the box Movsisyan is deadly – averaging close to a goal every two games – opposition defenders find him a menace and if they give up any open pitch it is certain that they will be punished.

In addition, Movsisyan has established himself as the leader of the Armenian national team. He ranks amongst the legends of Armenia’s footballers despite ultimately unsuccessful UEFA Euro and FIFA World Cup qualifying. His ten goals rank him third in goals-scored for his national team only six behind the current leader.

Almost every year, the 28 year old Armenian continues to grow in form and strength. On a journey that began with him earning a Generation Adidas contract after playing college soccer, has taken Movsisyan all across Europe and now back to the Wasatch Front. Returning as one of Europe’s most ferocious goal scorers, he has the potential to tear up one of the fastest growing leagues in the world. And with the prolific sniper still in his prime, the best is surely yet to come.