RSL's first 15 minutes against Vancouver were poor. Why?

Share All sharing options for: RSL's first 15 minutes against Vancouver were poor. Why?

The first 15 minutes against the Vancouver Whitecaps this past Saturday were an anxiety filled affair. Watching the start to the match many of us felt that there was no way that after 90 min RSL would leave with a shut-out and 3 points.

Leading up to the match at Rio Tinto talk from British Columbia was mostly focused on the need for VWFC to come out strong in the first 15 min of the match, which they did with great effect. The Whitecaps are a team that has struggled this season on the attacking side of the ball. Having not scored a goal in the run of play this season there were lots of questions about their attack, specifically their ability to finish. A strong start to the match against RSL would be critical to changing that form. Teams that are struggling for points and goals are always dangerous, and those first minutes showed that. 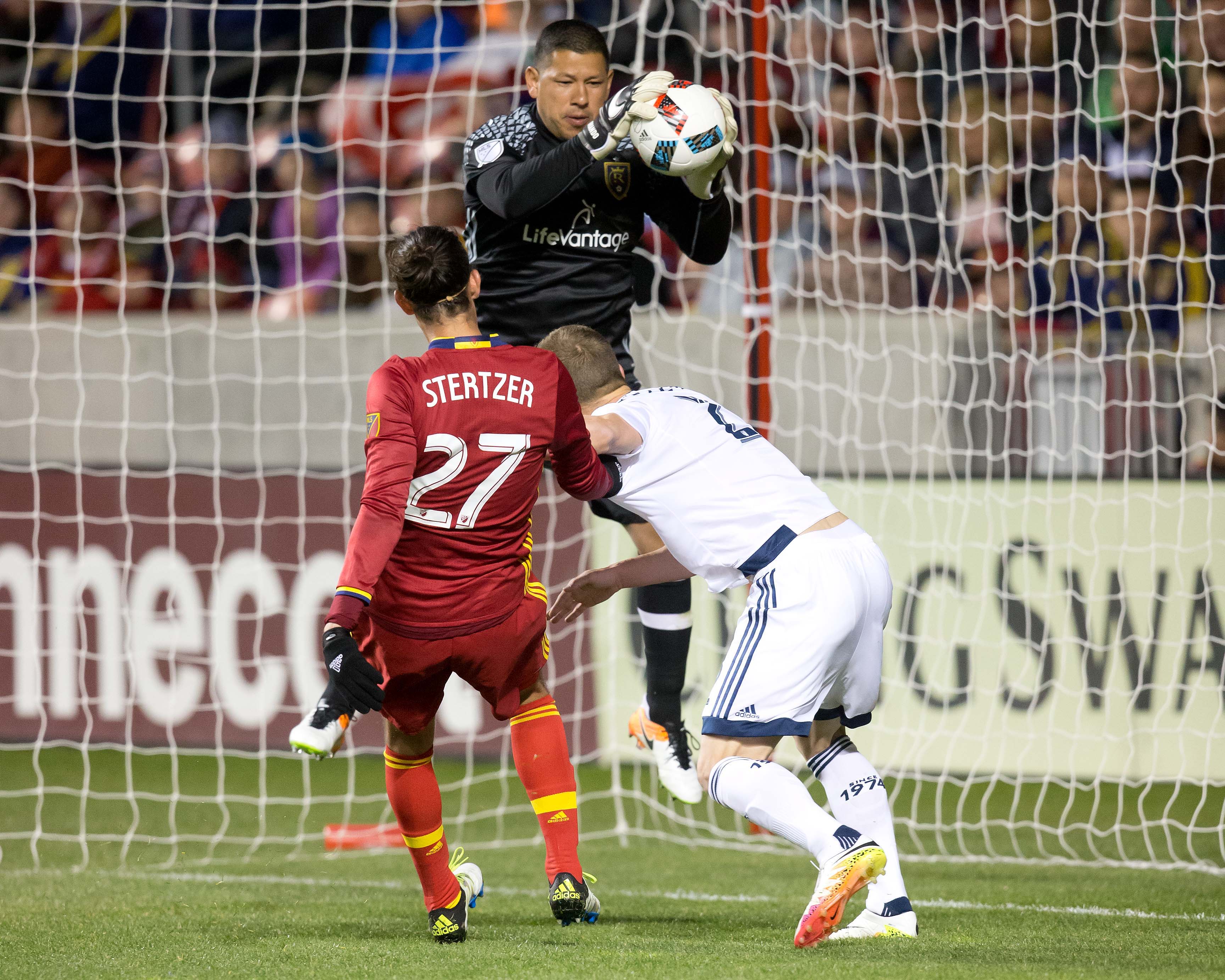 RSL have been playing with a very high defensive line in an attempt to cut down passing lanes and space for attacking teams to work in. Vancouver seems to have planned for this and was finding runs into space and in behind the RSL back 4. They played aggressively and with high pressure to force RSL into making some mistakes that very well could have cost Salt Lake threepoints if not for some luck and Nick Rimando.

For the first 15 min everything was going Vancouver’s way. The pressure was working and RSL not closing down space allowed Mezquida and Rivero to find some very dangerous runs in behind the defense. Seemingly the loss to DC United the week before had lit a fire under the Whitecaps and they were playing like a team with something to prove.

One thing that compounded the troubles RSL had in the first 15 minutes holding and playing against a high line was the lack of a "pressure release valve". Normally this role is played by Javier Morales, who provides an outlet pass for defenders that find themselves in difficult situations. The midfield was playing higher, especially at the point, and seemed to lack the dynamic play that normally comes with the trio of Javi-Kyle-Sunny.

Luke Mulholland was, seemingly by design, playing higher at the top of the midfield with John Stertzer and Kyle Beckerman trying to play that outlet. Javi has an innate ability to receive a ball and turn a defender or draw a foul, allowing RSL to reset and start moving the ball into the attack. Without that presence the transition from defense to attack was disconnected and choppy. Vancouver took advantage of that by changing possession (tackle, interception, recovery) 20 times in the middle third of the field in that first 15 minutes.

Justen Glad and Aaron Maund are the youngest center back pairing in the league. Now, they’ve played incredibly well and have helped put up two clean sheets in a row so there’s an argument to be had about how much youth actually plays into it. However, what we saw in the first 15 minutes against Vancouver was two young players pushing through the adversity and learning on the fly. Honestly, this is what we want and hope for when it comes to young players as game experience is the very best teacher, but it was a bit scary watching both get turned a few times in that anxiety riddled stretch.

What impresses about both of these players is their grit and tenacity when they get turned or beat in a match. Maund launching himself in front of shots and Justen recovering and making timely challenges after getting beat are both extremely important and show that, mentally, they are staying in matches. The important thing is that they take the learnings from those first minutes and apply them to the upcoming match.

That last statement should be applied to RSL in general and not just Glad and Maund. The first 15 minutes, and arguably the first half, were not the best minutes we have played all year. A start like that against LA could prove costly this weekend.